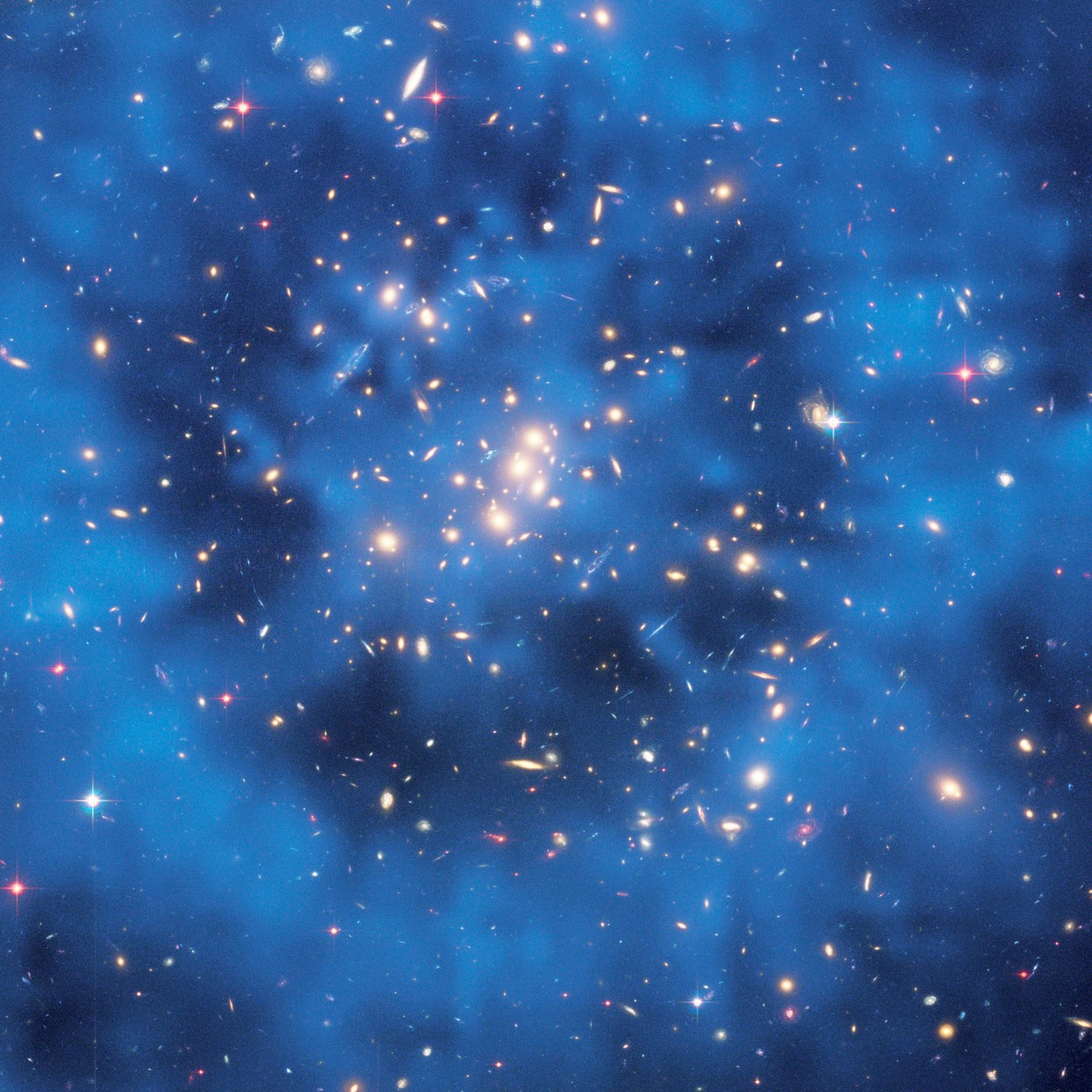 Studying Astrophysics and believing in ghosts might seem incompatible at first glance, but anyone with an ear to the scientific ground knows that this pact is obligatory in the physical sciences.

Ask a cosmologist to iden­tify the bulk of the Universe’s mass and she’ll tell you it isn’t found in the stars—less than one per cent—or the planets, and it isn’t in the sum of interstellar gas or dust either. Only about four per cent of the total energy density in the Universe can be attrib­uted to luminous matter. The rest is known only by the shadow it casts.

To label the substance that casts this shadow a ghost is to flirt with understatement. It fills most of the Universe. It is also invisible and fundamentally different from vis­ible matter because it only interacts with what we can see, taste and feel through its gravitational effects. You can, in essence, fly through ware­houses of the stuff without dislodg­ing a hair.

But at least we have given names to our ignorance: dark matter, the elusive substance that makes up a quarter of the universe; and dark energy, the rest. These are very dif­ferent beasties—from one another and from everything else—and both are believed to exist only because they must exist, or else the little we think we know about gravity is completely wrong.

Galaxies spin. Their rotational velocity, particularly around the out­er bits, is very high. Basic Newtonian physics tells us that if their luminous content is all that is holding them together, they should be disintegrat­ing like catherine wheels. Five times as much mass as we can see is need­ed to account for their continued coherence at these velocities.

Either normal matter exhibits strange gravity at different scales, an idea which undermines the most cherished principles of physics and is therefore unpalatable to the bulk ofphysicists, or most of the mass of the Universe is missing, bound up in an exotic form of matter. Dark matter.

Dark matter doesn’t shine or re­flect light. It can’t be seen, collected in a jar or prodded. It is a substance comprising elementary particles so different from the atoms that make up our bodies, our planet, the stars and the elements of the periodic ta­ble, that we can do little more than theorise about its composition.

But now, according to astronomer Myungkook James Jee, under the right circumstances we can see it, or at least measure its shadow. Dr. Jee and his colleagues believe they have discovered a dense ring of dark mat­ter around a huge cluster of galax­ies, CL0024+17, 5 billion light-years from Earth. The ring measures 2.6 million light-years across.

CL0024+17 contains many spec­tacular galaxies, but a close inspec­tion of the cluster centre shows several unusual and repeated galaxy shapes, typically blue and elongated. These are multiple images of distant background galaxies, visible because CL0024+17 is a strong gravitational lens (see issue 81, The Quest for New Earths).

Gravitational lenses are useful to astronomers as they reveal distant objects, some of which would not otherwise be visible. Light takes a long time to reach us over such dis­tances which means these objects are located in the distant past, pro­viding us with insights into the early Universe. The lensing object also reveals interesting information about itself. What makes this lens special is that it was formed by the collision of two smaller galaxy clusters, 1-2 bil­lion years ago.

Theoretically, dark matter’s grav­ity acts as a scaffold for building galaxies and other visible structures. It should, therefore, be found in the company of luminous matter. But since visible matter and dark matter don’t interact directly, when galaxies collide there are two discrete colli­sions, one of luminous matter, the other of dark matter.

And this is where it gets inter­esting. The dark matter collision is thought to have imprinted a shock wave on the merged cluster CL0024+17. Computer simulations suggest that when two clusters smash together, dark matter falls to the centre of the combined cluster and sloshes back out. In so doing it decouples from luminous matter, making it detectable through the change in its gravitational footprint.

In the image (opposite), a diffuse blue ring-like structure, similar to a pond ripple, is seen in a map of the cluster’s dark matter distribution. This map was made by computer modelling Hubble observations of the lensed background galaxies and has been superimposed on a Hubble image of the cluster (below). These galaxies are distorted by dark mat­ter ripples, just as pebbles on the bottom of a pond are distorted by ripples on the surface—the pebbles’ shapes appear to change as the rip­ples pass over them. So, too, the lensed galaxies behind the ring show coherent changes in their shapes due to the presence of the dense ring.

Although dark matter has been detected before in other galaxy clus­ters, astronomers say it has never been detected so largely detached from the hot gas and the galaxies that make up galaxy clusters. But this observation is not accepted by all.

Cal Tech astronomer Richard Massey who earlier this year pro­duced a map of dark matter across 500,000 galaxies, notes that the criti­cal measurements were derived from only one instrument on the Hubble Telescope which is no longer op­erational—it blew a fuse in January. “The signal is very weak. Some peo­ple are not yet convinced it’s more than an artifact,” he notes.

Verification will have to wait for the launch of the James Webb Space Telescope in 2013 if the Hubble in­strument cannot be repaired.