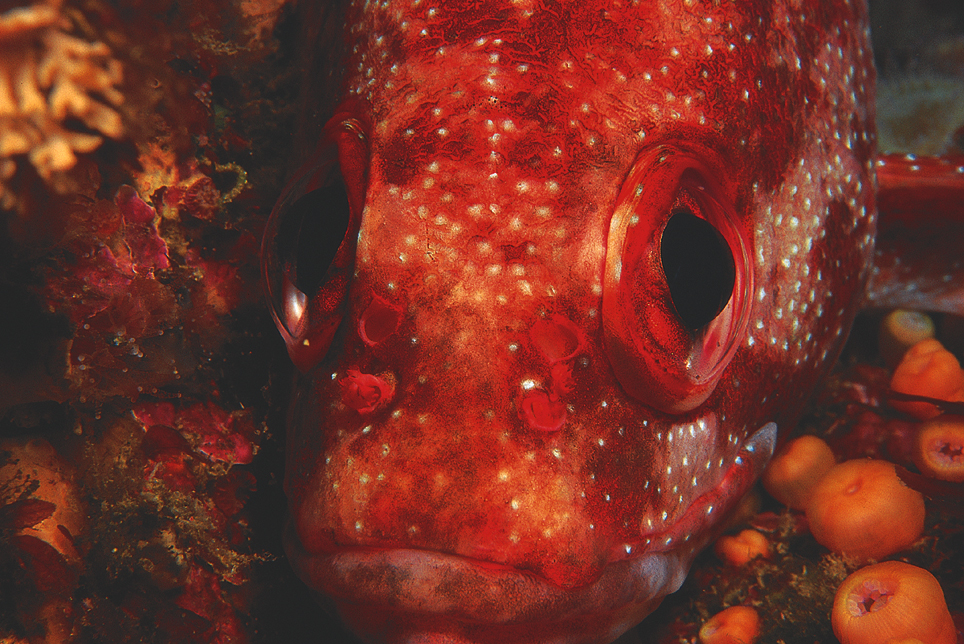 Most visitors to northern New Zealand never pass through border controls. They arrive without visas, delivered by ocean currents from the subtropics, and include marine reptiles, planktonic drifters, molluscs and fish. Some settle here, bringing tropical colour to the reefs of New Zealand’s north-east coastal headlands and islands.

The currents that bring such creatures here lie on the western boundary of a wind-driven gyre, a slowly rotating anticyclonic whirlpool which circulates surface waters around tile southern Pacific Ocean. Water from the Coral Sea and Great Barrier Reef flows southwards as the East Australian Current. At about the latitude of Sydney the water crosses the Tasman Sea, passing Lord Howe Island and Norfolk Island as the broad meandering Tasman Current. The flow continues around Cape Reinga as the East Auckland Current and runs along the continental shelf edge off the North Island’s north-east coast.

Among the many creatures these currents deliver to our waters are five species of sea turtle. Turtle sightings go back over 200 years: Joseph Banks and Captain Cook saw a sea turtle from Endeavour near Ninety Mile Beach. The world’s largest turtle, the leatherback, which can grow to 2.8 m in length, is the one seen most often. Leatherbacks regularly venture into colder waters and have been reported from the South Island. Others, such as the green and loggerhead, are accidental visitors, and sightings are largely confined to Northland.

Venomous sea snakes also find their way here, but our seas (particularly during winter) are really too cold for them. The most frequent such visitor is the yellow-bellied sea snake, an animal that truly “goes with the flow,” spending its entire life at sea travelling with currents. It is the world’s most widely dispersed reptile, and can be found from the east coast of Africa to the west coast of the Americas. Drifting has its drawbacks, for the snake will die if it is delivered to a cold latitude too far north or south, or if it becomes beached or trapped in a rock pool. Other sea snakes that make rare appearances in New Zealand are the black-and-white banded varieties that can come up onto land. One was found alive on a Te Aroha riverbank in 1945,20 km from the nearest estuary.

Most marine animals travel to New Zealand’s north-east as tiny planktonic larvae, an intermediate stage between egg and adult. Likely sources for larvae are the islands upstream from New Zealand-Lord Howe Island and Norfolk Island.

The East Auckland Current also delivers packets of warm water, creating an environment in which these creatures can settle and grow. Malcolm Francis, a NIWA marine biologist who has studied the distribution of New Zealand fish species, has shown that the north-eastern North Island has about 170 recorded inshore fish species, the highest number for any New Zealand coastal region. Approximately 10 per cent of them are tropical strays that make cameo appearances only during warm periods. Around a third are subtropical in origin, their population centres lying astride the Tropic of Capricorn. Some of them are breeding locally, but their populations are also being restocked by individuals arriving as larvae.

Moray eels are an example of a tropical and subtropical group. They spend two to three weeks in the plankton as eggs and then change into larvae several centimetres in length, remaining thus for two to three months. The seven species of moray are also native to such places as Australia, Lord Howie Island and Norfolk Island.

An example of a tropical stray is the lionfish, a gaudy species with large poison-tipped pectoral and dorsal fins, seen in 1990 off Ngaio Rock at the Poor Knights Islands. It was a small specimen, probably delivered with the current as a planktonic larval fish.

Hard evidence of the life carried to New Zealand by ocean currents can be found on the beach. New Zealand records for tropical molluscs-marine snails, bivalves, nautiloids-are based in many cases on a few recovered shells. Fewer than 100 of our 2000 species of marine molluscs are of tropical or subtropical origin.

Margaret Morley, a shell collector and researcher, once found a rare orange-and-white subtropical cone shell (Conus lischkeanus kermadecensis) alive in Parengarenga Harbour. This 6 cm snail remains submerged during the day in the soft intertidal mud, coming out at night to feed, which it does by stabbing marine worms with a single poisoned harpoon-shaped tooth. Specimens of this species have been recovered as far south as White Island. Bruce Marshall of the Museum of New Zealand has suggested that this warm-water cone snail may have established a breeding colony off Spirits Bay, Northland. The rare specimens found along the coastline could originate from larvae produced by this colony or from parents outside New Zealand.

Cowries have been found alive off our north-east coast in the last few decades. But some shells found cast up on northern beaches come from creatures that probably do not live here. In this category would be cuttle bones and the shells of chambered nautilus, both from the octopus and squid group of molluscs. These structures hold air-the nautilus shell in its scaled chambers, the cuttle bone in the interstices of its matrix-so can float for great distances, borne by wind and currents.

Some warm water species arrive (perhaps on ships rather than as larvae) and become significant components of our fauna, the much cultivated Pacific oyster being a prime example. Others seem to thrive here for a few years, then fade away. One such is a small bivalve, the white file shell Limaria orientalis  which became very abundant around northen New Zealand for a few years two decades ago. It otherwise occurs in parts of Australia, the Philippines and Japan.

The best way to meet these marine immigrants is to go for a dive or snorkel around some of northern New Zealand’s coastal islands and headlands. At the Poor Knights Islands, where the water is one to two degrees warmer than on the coast, many warm-water organisms thrive. They include crimson red toadstool groupers, Lord Howe coral fish, banded coral shrimps, moray eels, long spined sea urchins, cone snails and colourful subtropical sea slugs. Other islands in this warm stream include the Mokohinau Islands, the northern tip of Great Barrier, Mercury, Mayor and White islands. Coastal headlands such as Cape Brett project out far enough to also receive some of this stream of immigrants.

Sometimes the larvae-bearing water of the East Auckland Current runs inshore. During the spring and summer months of the late 1980s there were many tropical fish sightings between Cape Reinga and Leigh. These were La Nina years which brought warmer than usual weather to northern New Zealand with more north-east winds. Researchers Malcolm Francis and Jo Evans have reasoned that these winds diverted the East Auckland Current inshore by a frictional effect at the sea surface.

What effect is the present El Nino having on New Zealand’s northeast? During the spring and early summer months of 1997, cool west to south-west winds prevailed. These winds blew warm surface water offshore and this was replaced by relatively cold water upwelling from the deep. This water was rich in nutrients and when it was exposed to sunshine it became murky-the result of algal blooms. It is unlikely that immigrant warm-water species could comfortably settle under these circumstances.

At the time of publication, the winds are following a different pattern which is more like a La Nina than an EI Nino. Tropical northerly winds are prevailing, and the coastal water is warmer than usual. These conditions are more favourable for the settlement and surival of immigrants from the north. We can only wait and see whether this will result in a new influx.