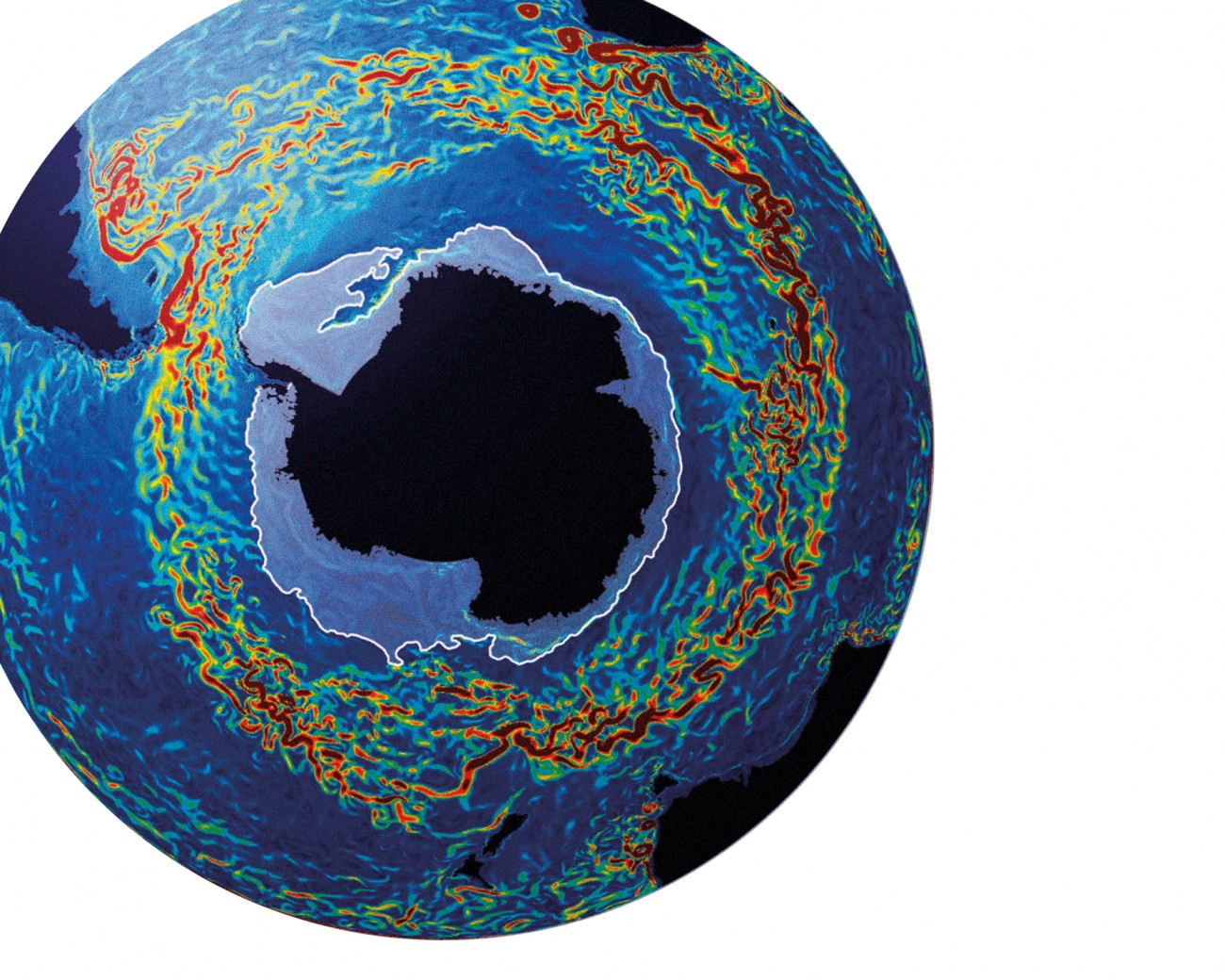 The Antarctic Circumpolar Current swirls clockwise around Antarctica, protecting the ice sheets from tropical currents and regulating the exchange of heat and carbon between the ocean and the atmosphere. It began about 30 million years ago, which is much later than previously thought.

Australia and Antarctica first started to separate about 83 million years ago, borne upon tectonic plates, and shallow seawater started to flow between the two continents 49 million years ago. A study published in Nature looked at a chemical signature (neodymium isotopes) in fossilised fish teeth from the ocean floor around Tasmania. Researchers discovered that the current initially flowed in the opposite direction to today, blown by an easterly polar wind that pushed Pacific water westward into the Indian Ocean, south of the Australian continent.

About 35 million years ago, Antarctica and Australia continued to separate as tectonic plates moved them north. This shift brought the fetch of sea between the continents into the band of mid-latitude westerly winds. By 30 million years ago, the persistent westerly had reversed the direction of the current and the Antarctic Circumpolar Current was under way. (The Drake Passage between South America and Antarctica had opened around 41 million years ago, making the complete circumpolar current possible.)

“A relatively small change in the position of the gateway relative to the major wind bands in the southern hemisphere seems to be a critical factor in controlling the onset of the ACC, not just the opening of the gateway itself,” says lead author Howie Scher.