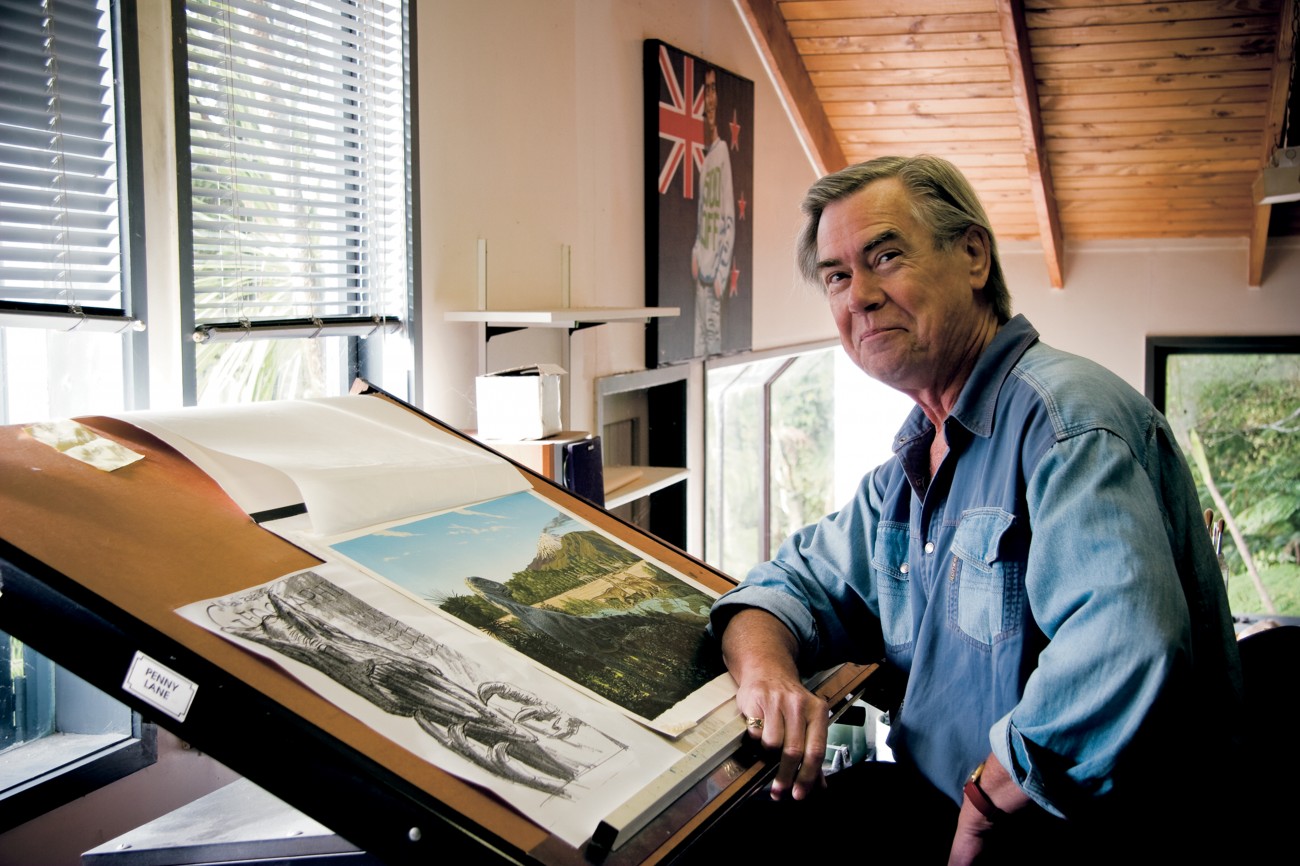 Dave Gunson has been a professional illustrator for over 30 years, and has contrib­uted to ore than 100 books, including fic­tion, children’s fiction and non-fiction. He has also contributed regularly to New Zea­land Geographic, including the illustration of 14 posters, the allosaur on this issue’s cover, and the various prehistoric creatures inside. We asked him some questions:

At what age did you discover you were good at nothing and would have to be an artist?

That was the Age of Uncertainty.

Have you ever considered exhibiting the sound of your empty stomach?

Your affinity with dinosaurs—are you a reptile?

Have you ever grown a moustache? I had one in a window box for years.

So, wearing it, could you have been mis­taken for Don Quixote?

I’ve never been mistaken for a book.

Are origins germaine anymore? T’was a long time ago…

Finish this sentence: I like labyrinthodonts because…
They taste nice.