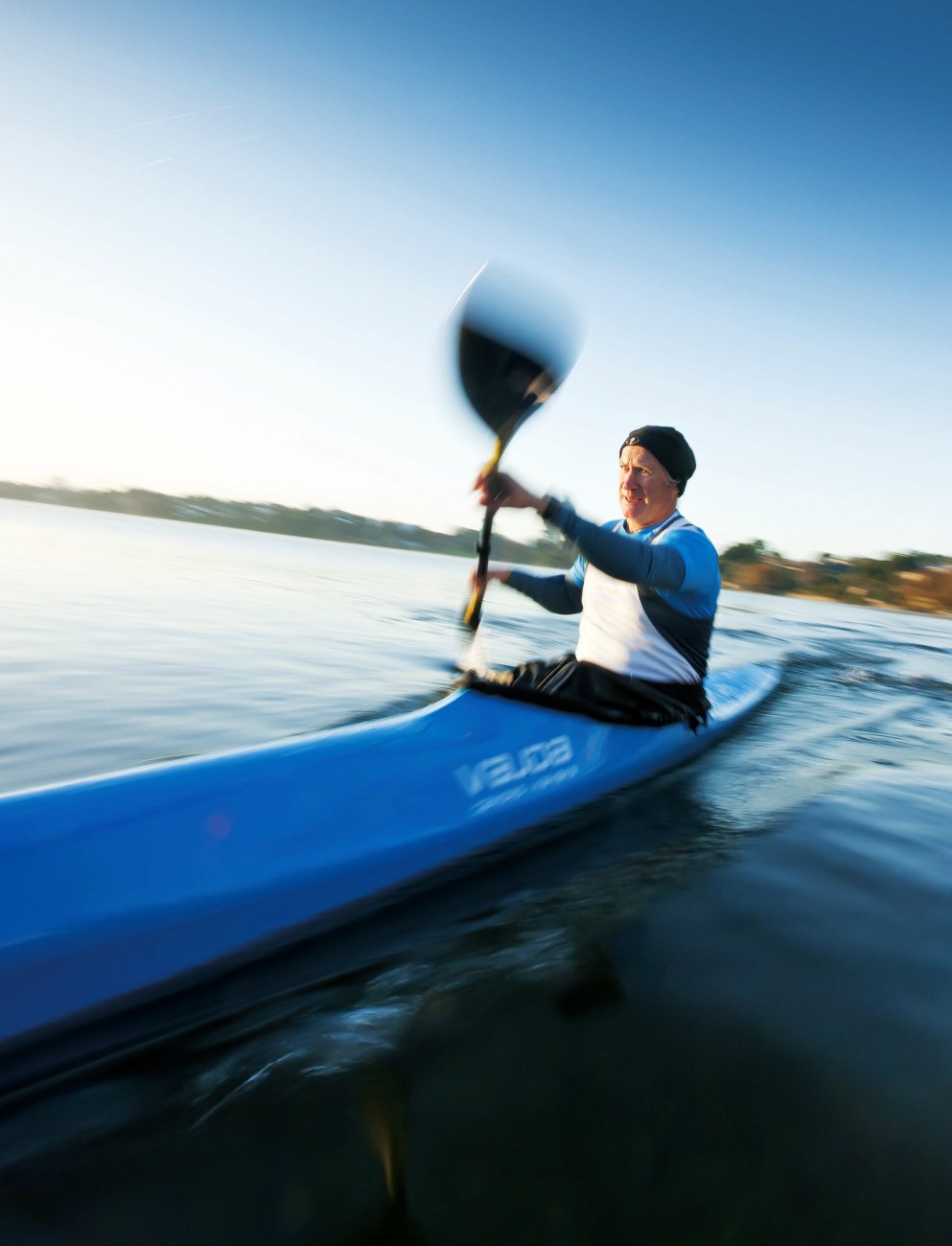 He is, after a fashion. Gone are the adrenalin­-fed bursts of power and biting paddle strokes that first made an impression 30 years ago in Moscow, and later stunned the world in Los Angeles (1984), then Seoul (1988). His demolition job at the Los Angeles Olympics in particular—solo in the K1 500 metres, with team-mate Paul MacDonald in the K2 500 metres and then, the next day, in the K4 1000 metres­ was the stuff of legend.

These days, Ferg’s eyes are most apt to bright­en at talk of fish tallies. Eight snapper over 20 pounds in the past two years from—what else—a fishing kayak, and often from the waters near his bach at Sandy Bay on Northland’s Tutukaka coast. Ferg, who admits that “fishing is my real sport now”, also works rivers and lakes with the fly.