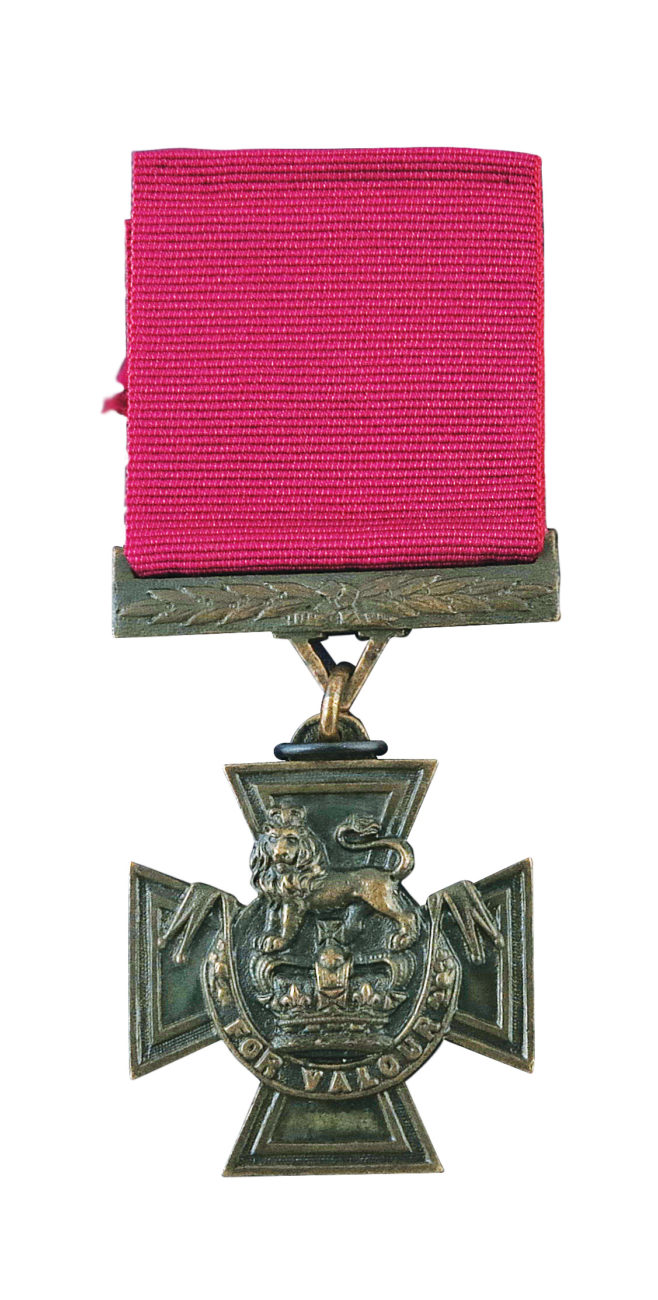 Charles Heaphy had already made a name for himself in the New Zealand colony as a draughtsman, artist, surveyor, and explorer when, in 1859, he enrolled in the Auckland Rifle Volunteers. Four years later, he was helping the British forces to prepare for war in the Waikato, surveying river channels and sections of the military road that was to take the conflict to the heart of the territory.

On February 11, 1864, the 44-year-old Heaphy—by now a captain—was sitting with a Forest Rangers officer in Lieutenant-Colonel Sir Henry Havelock’s tent, which lay under the shadow of Mount Pirongia, when the alarm was sounded. A party of the 40th Regiment of Foot had been ambushed by Māori warriors while taking a mid-afternoon swim in the Mangapiko Stream, less than a kilometre away.

The three men immediately ran out, and Heaphy, who found himself in the midst of a firefight, was ordered to take a detachment across the stream in support of the luckless bathers. As more reinforcements arrived, a running fight ensued, and the retreating Māori were eventually cut off by British soldiers and a troop of Forest Rangers led by Major Gustavus Von Tempsky.

The fighting then swirled confusedly amid the overgrown ditches and defensive works of an old Māori pā known as Waiari.

“I had in all about 30 men. Some were stationed on the top of the bank, others in the very river, and the rest crawling through the scrub,” wrote Von Tempsky.

“There were strange meetings in that scrub. Muzzle to muzzle, the shot of despair, the repeating cracks of revolvers and carbine thuds…”

At one point, seeing a private, James Cussen, lying severely wounded in a deep ditch, Heaphy, who had some knowledge of surgery, went to his aid in the face of withering fire. Five shots pierced Heaphy’s clothes and cap, wounding him in three places. One bullet was said to have broken the buckle of his revolver strap and creased his waist, “making a red seam as if he had been slashed with a whip”. Heaphy persevered, tying Cussen’s severed artery and getting him to safety, before returning to help others. Only as darkness fell, and the fighting died down, did he finally leave the field and return to camp.

Despite Heaphy’s best efforts, Cussen died of his wound, but for his “gallant conduct at the skirmish on the banks of the Mangapiko River”, Major Heaphy—he had been promoted—was recommended for a Victoria Cross, the British Empire’s highest award for valour in the face of the enemy. Initially, he was turned down, as technically the medal could not be awarded to colonial troops, even those serving under British command. In response, Heaphy argued that at the time of the incident, he had been in charge of men belonging to Her Majesty’s forces—“a position for a volunteer officer unprecedented, and probably not likely to recur”. After much petitioning from General Duncan Cameron, commander of the British forces in New Zealand, Governor Sir George Grey and others, and from Heaphy himself, an exception was made and he became the only colonial soldier fighting in New Zealand’s 19th-century wars to be awarded the VC.

Grey had wanted to recommend two more soldiers for the award, one a Māori “who has by his gallantry established unusual claims to some such distinction”. The difficulty Heaphy and his colleagues experienced prompted the establishment of the New Zealand Cross in 1869—an award expressly open to New Zealand troops, including Māori. The move was widely criticised in Britain until it was eventually ratified by Queen Victoria.

A total of just 23 were awarded, all to men of the colonial forces who fought in the New Zealand Wars, making it one of the world’s rarest military honours.