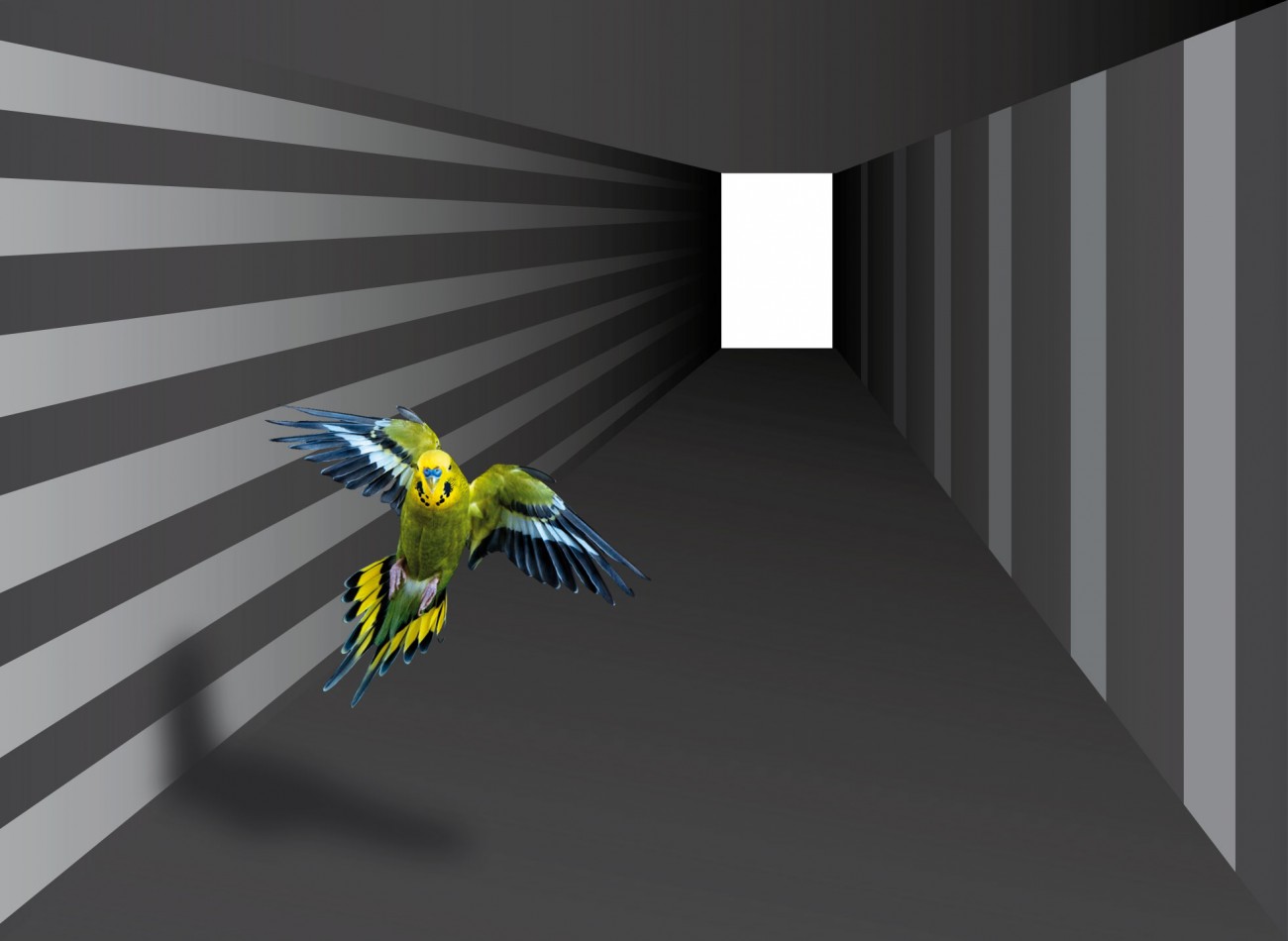 Birds have been found to navigate through narrow spaces by comparing the flow of images across each of their eyes.

When travelling in any direction, the eyes of all animals perceive objects that appear to move quickly as closer than those objects which appear to move more slowly. Birds compare this image flow across both eyes to ensure that the objects between which they are flying are flowing past at the same rate, helping them avoid collision while flitting through forests and between other obstacles.

Australian researchers demonstrated this ability with budgerigars flying through a corridor. The corridor was marked with either vertical stripes or horizontal stripes, on one or both walls. With both walls striped vertically, the birds slowed down dramatically as they had to process the comparatively busier flow of stripes. This is a finding consistent with human psychology illustrated in the designs of highway tunnels, where perpendicular stripes of any sort are generally avoided for the same reason. Conversely, the birds flew quickly through the corridor when both sides were painted with horizontal stripes.

When the scientists painted each side in a different orientation, the ‘stronger image flow’ on the vertically striped wall caused the birds to veer away towards the horizontal. When one wall was left completely blank, the birds flew very far away from the vertical stripes and even collided with the blank side.

The research has applications ranging from planning bird-friendly urban spaces to software development and navigation systems for unmanned aircraft.