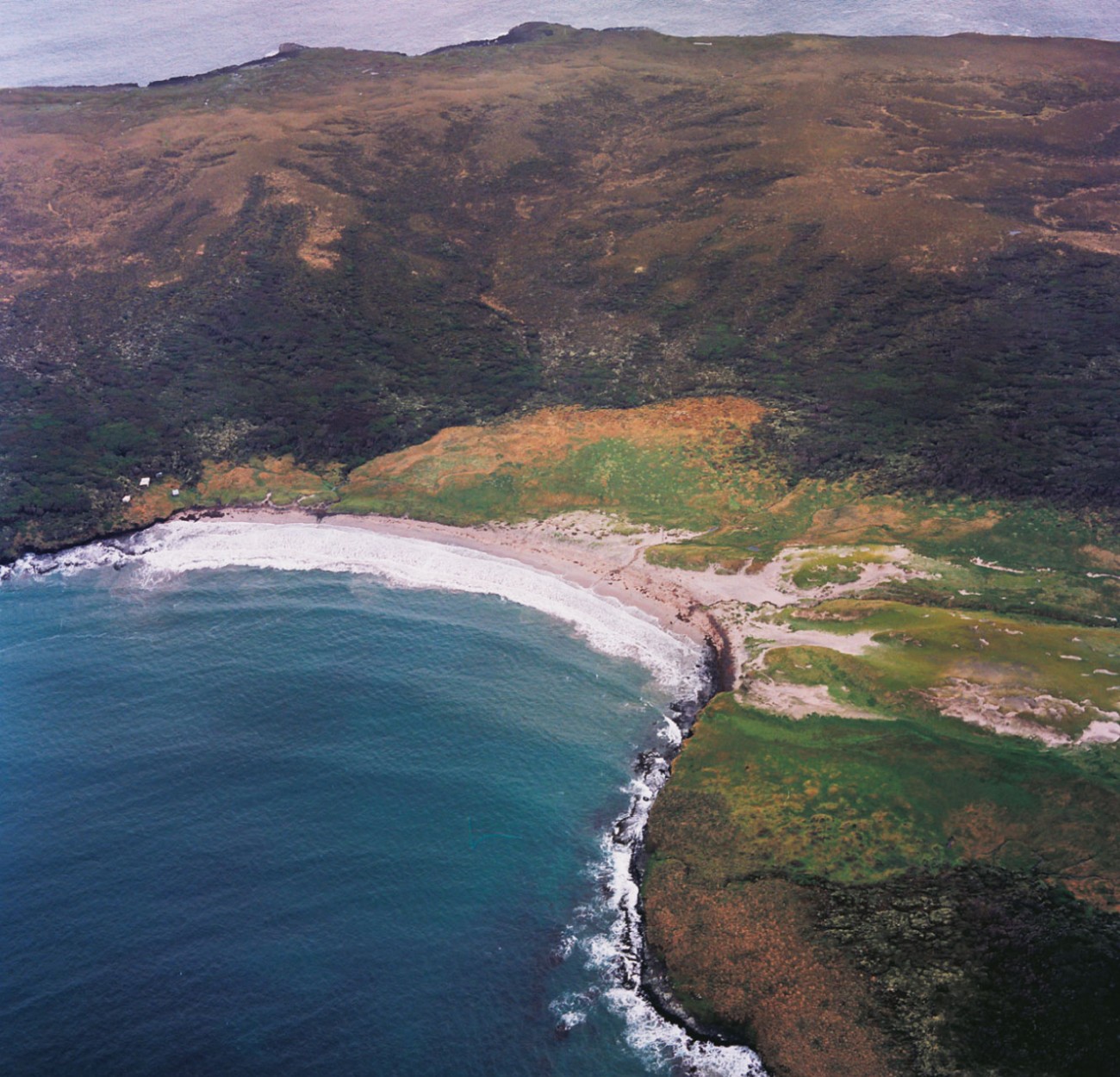 This issue of New Zealand Geographic contains a small cluster of marine-oriented articles, one on sea surface or­ganisms, another on marine biologist John Morton and his new book on Pacific shores, and a Viewpoint by Bill Bal­lantine on marine reserves. It is a focus I am happy with. We live embedded in vast oceans and, in some ways, the most distinctive thing about New Zealand is its universal proximity to the sea and our diverse and rich coastline. The sea has an impact on many of our lives. In my own case, were it not for marine life, I would not be editor of New Zealand Geographic.

As an eleven-year old, I became fascinated by shells and an avid collector. Spring tides and interesting shore­lines determined our family holidays for years. I enrolled at Auckland University for a history degree, but was still under the spell of shells. In my first year I discovered a peculiar little bivalve living down shrimp burrows on Cheltenham Beach. The shell—translucent, half the size of a small fingernail with a distinctive notch in the edge—had been found once or twice previously, but the animal that inhabited it was unknown. It proved to be most unusual, more like a small crawling snail than a pipi. Professor John Morton encouraged me to write up the discovery in a scientific paper. I remember apprehensively taking my carefully handwritten manuscript into his dark office and him absently murmuring, “This is nice, this is nice”—the animal, not my text—while scrawling all over it. To my chagrin, that process was repeated four or five times before it was deemed fit for publication. It was my first encounter with editing and I wasn’t won over.

John Morton persuaded me to do some zoology, and after completing the history degree I went onto science. Eventually, via science, I came to Geographic. Without Mort’s nudge, I would never have embarked on science.

Ex-editor Kennedy Warne also learned zoology from Morton and indeed, became acquainted with his wife-to­be on a Morton marine biology course in Fiji.

It was on another Morton field course at Whangarei Heads that I first met Bill Ballantine—then Director of the Leigh Marine Lab.

Bill has since invested more than 30 years in advocat­ing the establishment of no-take marine reserves, not just in New Zealand but worldwide. The United Nations recognised the importance of his work when it awarded him a Goldman Environmental Prize in 1996.

Bill finds it disappointing that 30 years after the first marine reserve was established, every additional reserve involves traversing the same fiercely-contested argu­ments—despite the fact that the Goat Island Bay reserve is a prodigious success by every measure. Visitor numbers are an embarrassment, weekend parking impossible.

As Bill asks in his Viewpoint, what is so hard to understand about marine reserves? On land we have little trouble with the concept of reserves. Thirty percent of the country’s land area enjoys the protection of reserve status. Few fail to appreciate our 14 national parks. They run from beaches to alpine summits and take in as wide a range of forests and other native environments as possi­ble. In national parks, animals and plants cannot be taken or molested. We could base a large native timber milling enterprise around the forests in national parks, and from it earn overseas income. Why don’t we follow such a course? Because most of us value trees and native forests more than we value the wood and money that could be gained by harvesting those forests. Forests have intangible value to us. They tower over us, out-live us, sprawl hugely across the land, are often quite alien for us. Yet they help put our petty human pursuits in perspective.

According to Morton’s just-published book we have 15,000 ha of sea in marine reserves around mainland New Zealand—0.1 per cent of our extended economic zone. Only that miniscule fraction is free from the grind of the bottom trawl and fishing pressure. Only in that drop of our ocean are fish and the constellation of other marine creatures free from human predation.

In the sea we allow the more-or-less universal harvest of creatures that we eschew on land. Is the only thing we really value about the ocean the taste of a dead sea crea­ture in our mouth? That and, of course, the opportunity to personally kill/catch it!

As for the intangibles—perhaps only an unobstructed sea view counts?

Marine reserves threaten to limit—in a quite modest way—the simple human pleasure of capturing and eating seafood. If Bill had his way, perhaps 10 or 20 per cent of the coast and adjacent sea area would become unavail­able for fishing. Recreational fishers—of whom there are well over a million in the country, most of them voters­ generally oppose marine reserves. So do commercial fishermen. Here the arguments are more complex.

By law the Quota Management System (QMS) is sup­posed to manage fish stocks sustainably, matching allow­able catches with stocks. Fishermen pay large sums for the right to harvest prescribed amounts of fish, and that quota tonnage is a property right. They also pay for the administration of the QMS. One of the arguments used to support marine reserves is that fish will move out of the reserves into areas where they can be caught by fishermen. “We don’t need that,” say the commercial fisher­men. “By law, our fisheries are managed sustainably. All marine reserves will do is reduce the area over which we can fish, making it tougher for us to catch our quotas and earn a living.”

The commercial fishing sector employs 10,000 and generates sales of well over $1 billion annually. It is a big player in the economy and its voice is influential. That Maori are major stakeholders in the fishing industry with Treaty of Waitangi-mandated fishing rights does noth­ing to diminish the tensions inherent in creating more reserves.

A weakness in the commercial fishers’ argument is that we are probably not harvesting all fish stocks sustainably. Over time, I suspect, more quotas have gone down than up. Part of the problem is that determining accurate age structures and biomass for fish stocks is extremely dif­ficult and the QMS depends on such data.

But we can be sure of some things. Creating marine re­serves will not harm fish stocks. At the least for fish, and maybe fishers, they would be a useful insurance.

Despite our preoccupation with fish, marine reserves are not primarily about them. Marine reserves are about protecting all the creatures and plants in whole ecosys­tems and seeing what happens when we do that. Ac­cording to Bill Ballantine, the results have so far been completely unexpected, both in terms of how the com­munities of organisms in reserves have changed without human predation and how people have reacted. Nobody guessed busloads of school children would arrive every day nor that the general public would visit in such num­bers. Although adopting Bill Ballantine’s manifesto will re­quire political courage, within a few years the politicians who show that courage will be regarded as prescient and we could once again show the world the way.