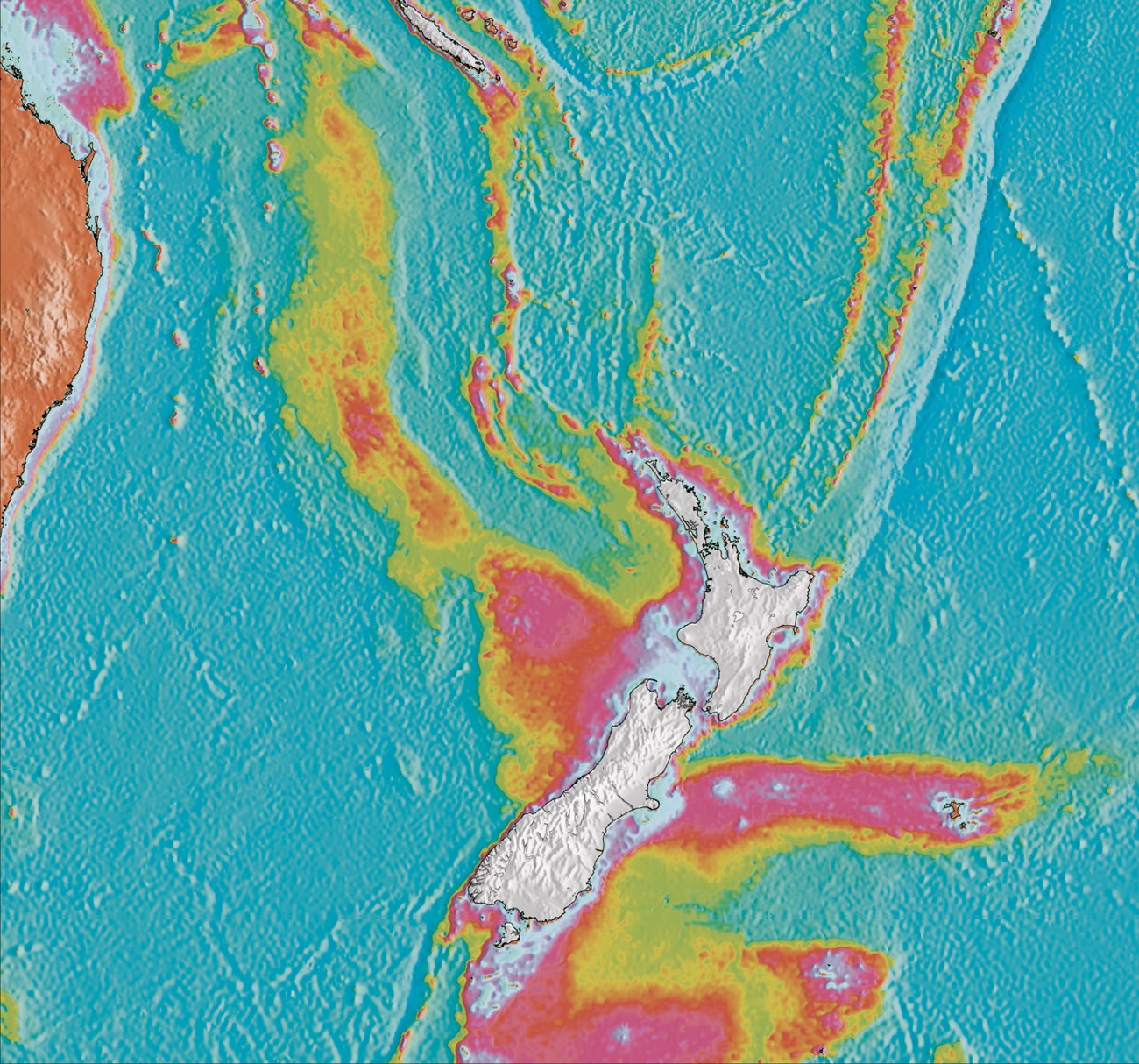 New research has revealed that New Caledonia and New Zealand are joined at the hip, albeit some 1100 km deep inside the Earth’s core. That’s according to an inter­national research team of geologists, headed by Monash University geoscientist, Wouter Schellart, who fired seis­mic waves into the Tasman seabed and discovered the interred remains of a long-buried land bridge.

Researchers believe this land bridge was destroyed when colliding tectonic plates forced it deep into the Earth 20–50 million years ago. The subduction of this plate­ which is about 70 km thick, 2500 km long and 700 km wide—left behind a chain of volcanic islands, the only thing that remained of this former stretch of land.

The island chain would have been important for the migration of certain plant and animal species at that time, and the research confirms a theory long held by some ecologists who have also documented similarities in the biotas of the two countries. “We saw a large number of similarities between New Caledonia and northern New Zealand in terms of geology, structure, volcanism and timing,” explains Schellart.

Both countries are fragments of the ancient super­continent Gondwana, both lack native terrestrial mam­mals and share a number of plant genera such as Wein­mannia, Metrosideros and Elaeocarpus, and many tree ferns. Relatives of New Zealand’s kauri, rimu and matai are also found in New Caledonia. The connection could also explain the curious presence of some butterflies in New Zealand (see New Zealand Geographic, Issue 95), such as the coppers, also found in New Guinea but not Australia.

Schellart’s paper, published in Earth and Planetary Science Letters, may also add fuel to an ongoing debate over whether proto-New Zealand—the landmass once known as Zealandia—was completely submerged be­tween 22 and 25 million years ago.

Submergence supporters propose that all of New Zea­land’s flora and fauna was wiped out by the inundation, and that the ancestors of today’s biota must have later flown, drifted or been blown here. The counter view is that much of it was already aboard Zealandia when it drifted across the Tasman Sea after breaking away from Gondwana, the primal southern supercontinent, around 80 million years ago.

Supporters of the Gondwanan ark theory insist that re-colonists would not have been able to fly, waft or drift the vast Pacific distances, but Schellart’s island chain of stepping stones may rekindle the argument.