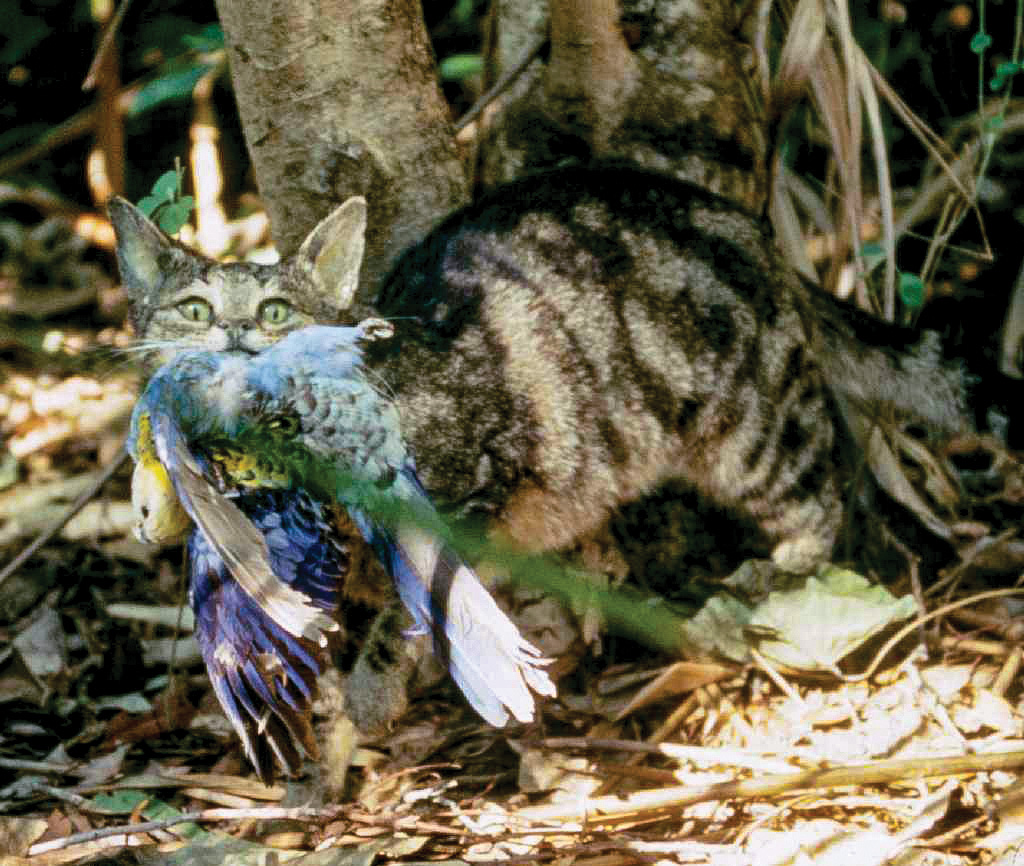 “Cats tamed humans about 4000 years ago, and since then they have cunningly used humans to provide food, comfort and safety, and to aid their dispersal across, and conquest of, most of the world,” write professors John Woinarski, Sarah Legge and Chris Dickman, who lead a major Australian study on the impact of cats on Australian wildlife. Cats are thought to have played a leading role in two-thirds of Australia’s mammal extinctions—that’s 20 species—over the last 200 years. Feral cats are greater killers than pet cats, because pets’ territory is limited by the number of other cats nearby. Cats also pose a threat on the microscopic level: a study by researchers at the University of Adelaide found that feral cats are effective at spreading the parasite Toxoplasma gondii. Kangaroos are particularly susceptible to it. In New Zealand, the parasite has been implicated in the deaths of endangered Hector’s and Māui dolphins, but the role it plays is not yet clear.