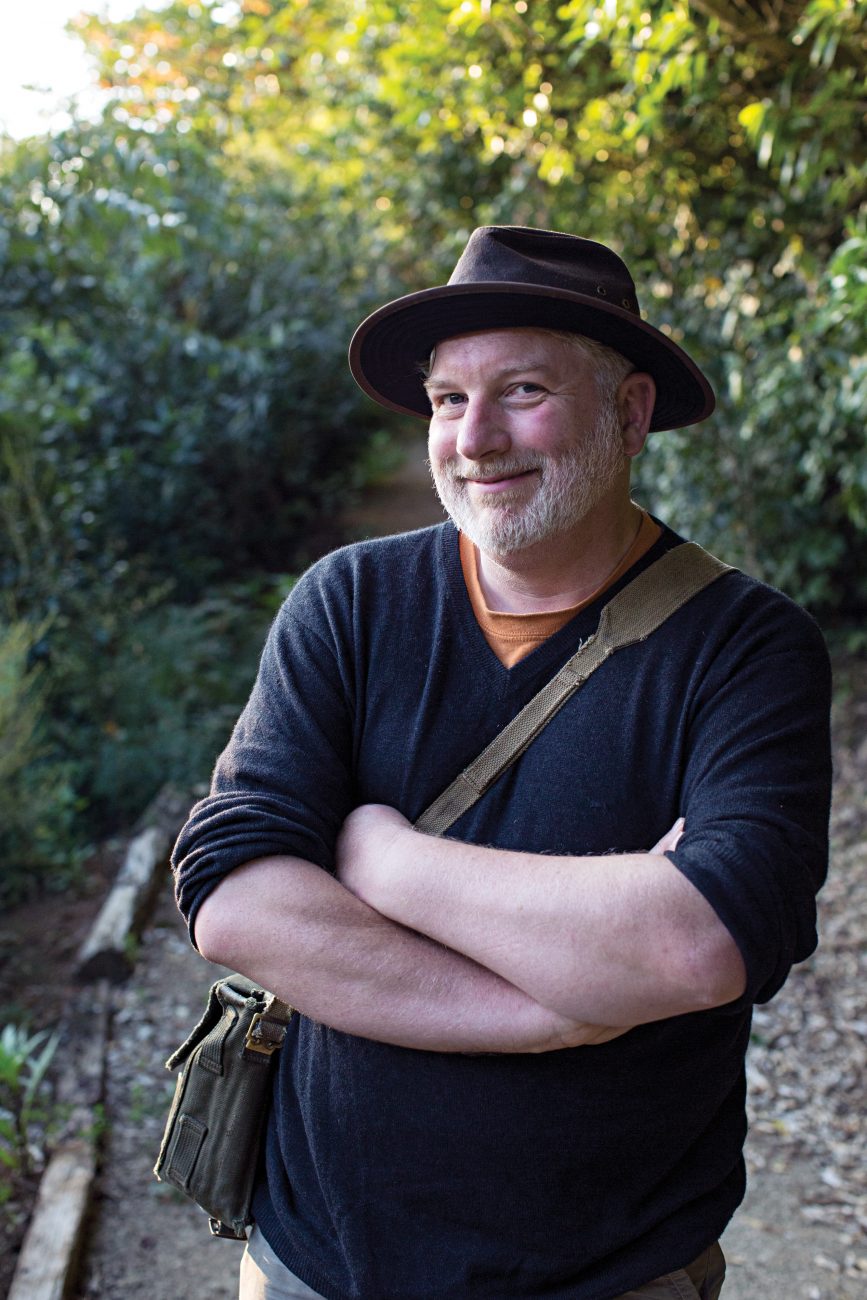 In the Whanganui Regional Museum, there’s a display of three giant moa: two females, both twice as large as the male, and a label explaining which is which. From Mike Dickison’s tiny office in the corner of the moa exhibition, he could overhear—and observe—its visitors.

“That’s daddy,” parents would tell their children, pointing at the largest moa. The smallest moa: “That’s the baby.”

Dickison was baffled. It didn’t make sense. The label (‘Giant females, tiny males’) was quite clear. But as the same conversation took place over and over again, he came to the conclusion it wasn’t the visitors’ fault. Exhibitions, he realised, needed to do more than give people information—they needed to recognise the assumptions and cultural baggage that those people were bringing with them.

“That was a really important lesson to me in developing museum exhibitions,” he says. “It’s very uncommon for curators to sit down and find out what people actually know, or think they know, about what’s on display. That was a formative thing for me—and it made me realise that most museum labels aren’t read, or they’re misinterpreted.”

Dickison became Whanganui’s natural history curator because the museum had a treasure trove of moa bones, collected from a nearby swamp, that nobody had paid much attention to for half a century, and because he has a PhD in giant flightless birds. It was the fulfilment of an interest in extinct birds that began as a teenager, with a book published by Canterbury Museum on an excavation at Pyramid Valley, north of Christchurch. Back then, it was impossible to find out much about his favourite flightless bird, the adzebill—a hefty, goose-sized, long-extinct hunter.

He got the PhD at Duke University, in the United States—going from a country with flightless birds to one with none at all.

“I kind of applied randomly. I had no real idea what I was doing. I picked universities I’d heard of and looked at their biology department webpages for people who were doing things on island evolution. I didn’t even know where Duke was; it was all a big sort of guess.”

Over summers, he worked at the Smithsonian, and at museums in Europe and Australia.

“The good things that have happened in my life happened because I just pursued something that interested me,” he says.

There’s a lot that interests Dickison. He’s getting better at watercolours—he’s been commissioned to write and illustrate a naturalist’s guide for children. He taught himself the ukulele while procrastinating on his PhD, then wrote a book about that, too, and moonlighted for a while as a ukulele teacher. He started knitting after a colleague pointed out he had two perfectly functioning arms. That was in 2011, while working in student support at Canterbury University.

“I discovered that knitting was an amazingly therapeutic relaxation tool when you’re surrounded by aftershocks every day,” he says. Sometimes he teaches workshops: Knitting for Blokes.

“I pick up something, get to an adequate level of expertise at it and then start teaching it to other people without bothering to become highly skilled first,” he says. “I’m just too excited to start sharing it.”

Once, at a conference, he gave a joke presentation about the evolution of Big Bird—a fast-paced talk following a format called PechaKucha. “For a while it was the most-watched PechaKucha in the world, and I still meet people who know me from that talk. It certainly had more impact in the world than my actual PhD research.”

(In case you were wondering, Big Bird is a giant flightless crane. Obviously.)

This year, Dickison was one of 11 people worldwide to win a grant from the Wikimedia Foundation, enabling him to travel around New Zealand institutions encouraging them to put their collections online for people to search, download and use—including three weeks in the offices of New Zealand Geographic. “When you’re in an institution you get quite myopic about your own collections—you forget how amazing some of these things are.”

Museums get jittery about setting their collections free, he says, but they need to relax—those things weren’t theirs to begin with. “Institutions forget who they’re employed by, who pays their salary, who paid for all this stuff to be created,” he says. “And if it’s funded by the taxpayers, then New Zealanders own it, and telling New Zealanders they can’t see or use their own things—it’s a bit rough.”

While based at Landcare Research, Dickison uploaded more than 1000 scientific drawings created over 30 years by artist Des Helmore. Now anyone can use them—for example, to illustrate Wikipedia entries about native insects.

Today, his primary mission is to improve Wikipedia’s coverage of New Zealand, which lags behind the rest of the world in terms of comprehensiveness. At least there’s a page about the adzebill, now—he keeps an eye on it.

“It’s a different world now,” he says. “Any curious teenager can read as much as they want about a species on Wikipedia.”