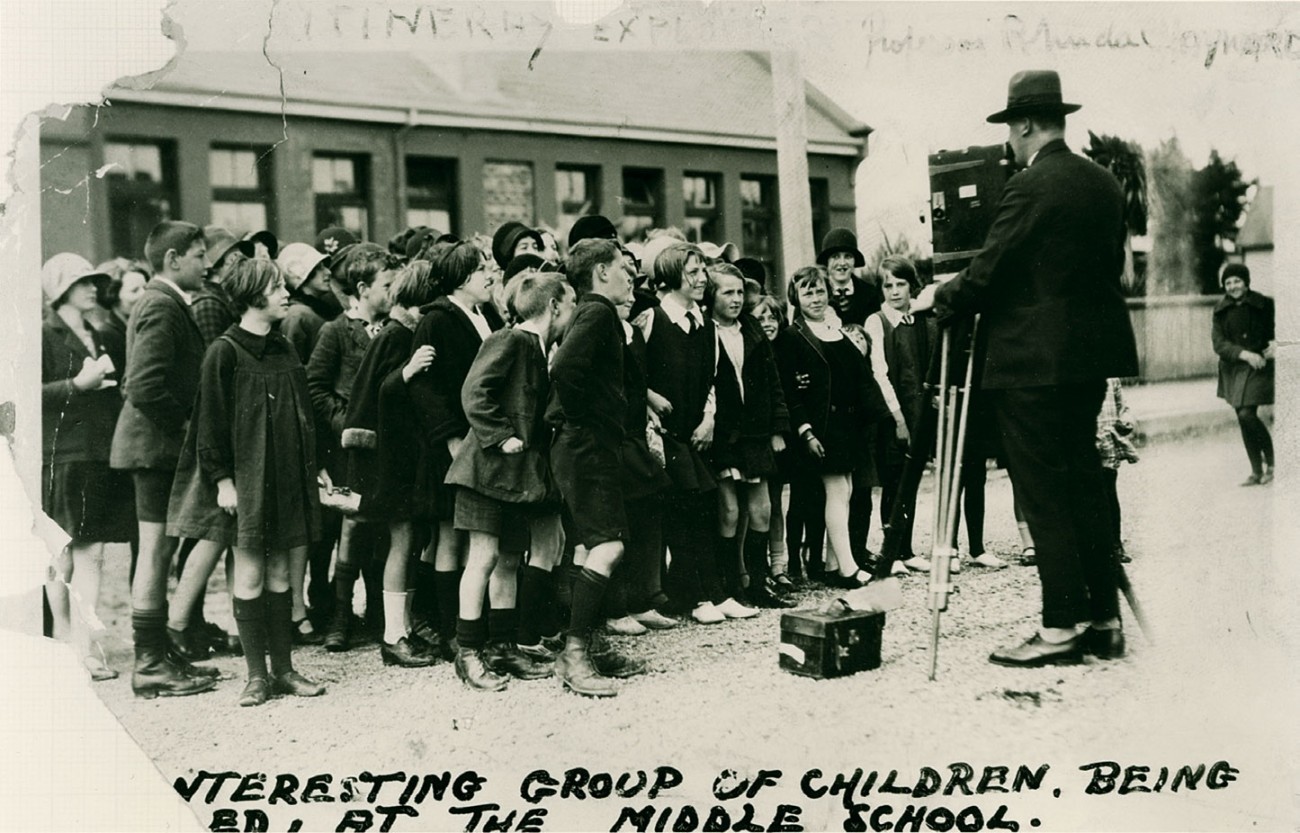 The community comedies made in the late 1920s by the pioneer New Zealand filmmaker Rudall Hay­ward always involved a standard plot: there was the pretty school teacher who, according to the narra­tive, arrives in a peaceful town and “sets the hearts of all the boys aglow”. She is then pursued by two locals, a villain called Freddy Fishface and the hero, Billy Cowcocky. The vaudevillian tone would be set in the opening titles TWAS SATURDAY AFTERNOON IN THE GREAT THROBBING METROPOLIS which would be accompanied by an opening shot of an emp­ty main street in some New Zealand town, and a soli­tary dog. The movie always ended in a chase, involving cars, several horses and the local fire brigade.

Rudall Hayward recognised early on in cinematic history just how much New Zealanders loved to see themselves in situ, but back in the 1920s, as in the 21st century, getting money to make movies required tenacity and ingenuity. Hayward’s solution was to tour a stock script around the provincial towns, make a film featuring locals and screen the result within a week or two, while every­one was still caught up in the excitement of it all. This would earn him enough to take the template to the next town.

The first of the community comedies was called Hamilton’s Hectic Husbands, but New Zealand’s sec­ond Chief Censor, Walter Tanner, ruled against the title. He believed the story had its origin “in some local scandal”, and the title would cast “suspicion upon all husbands in the town”. Hectic Husbands was also turned down as a title, but the film was eventu­ally released as Military Defaulters and Others. “New Zealand morals have always been looked after,” notes Diana Pivac, the director of public programmes at the New Zealand Film Archive.

Later movies included A Daughter of Invercargill (and also a Daughter of Dunedin, Gisborne, New Plymouth and so on), Winifred of Wanganui, Su­zie of Stratford, Natalie of Napier and Patsy of Palmerston. A few years ago, when the Film Archive visited provin­cial towns around New Zealand as part of the “Last Film Show” project, an elderly woman stood up at the end of the screening in Wanganui and in­troduced herself as Mary of Marton. She received a standing ovation.

Between 1928 and 1930, Hayward made more than 20 community comedies. Getting the whole town involved always ensured sell-out audiences. This enabled him to work as a full-time filmmaker, prob­ably the only filmmaker in New Zealand at that time who managed to do so. Says Pivac: “It was a triumph of local enterprise.”