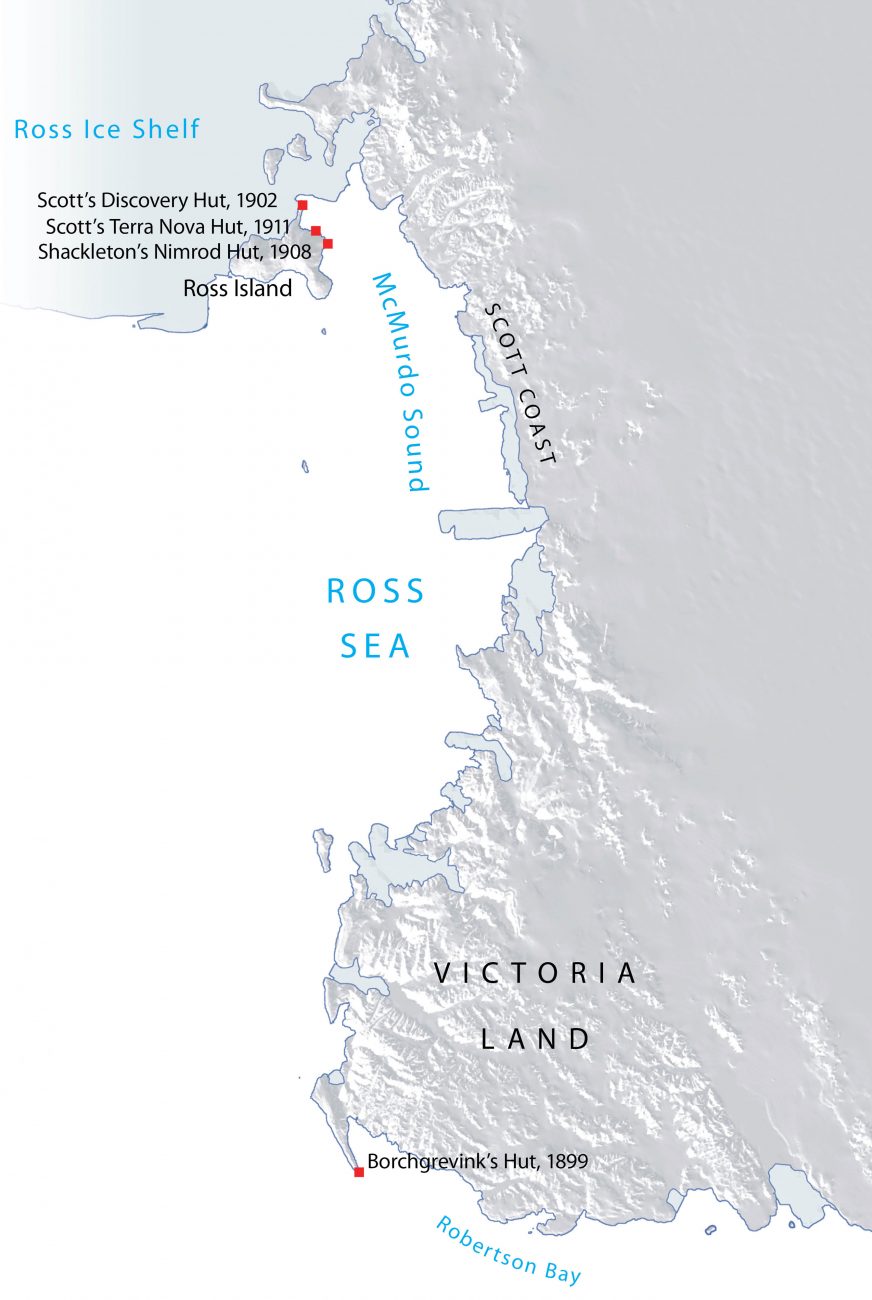 Nimrod, Borchgrevink’s, Terra Nova, Discovery—these are the names of a collection of dilapidated huts on a con­tinent unfit for human habitation. These are also the huts that represent the ‘hero­ic age’ of exploration, the first buildings to be constructed on the world’s most southern continent. And, as those who argue for their preservation like to point out, Antarctica is the only place in the world where its first buildings still exist.

Preserving these four bases has been driven by the Ross Sea Heritage Restora­tion Project, an international New Zealand-led conservation programme that started three years ago. It has involved dozens of conservators from around the world, often working in situ, restoring the belongings of the world’s most fa­mous explorers—packets of soap, soup cans, jars of salt—to their former ordi­nary glory.

The first of these sites, Nimrod Hut, has now been completed and it’s hoped that around the time of publishing, the last of the 5000 or so artefacts will be returned to Ernest Shackleton’s base, now weather-tight and structurally secure. The trust has turned its attention to the Terra Nova Hut, forever linked with Captain Robert Falcon Scott and his un­successful 1911 race for the South Pole. This is the largest of the four huts and will involve 8000 artefacts.

Meanwhile, closer to home, work has begun on the conservation of the 800 or so items—sleeping bags, Scott’s pipe holder, a tent—which were removed from the huts during the 1980s and 1990s and have been stored ever since at the Canterbury Museum.

The project can be followed online at www.nhm.ac.uk/antarctica-blog, a site run through the Natural History Museum in London. The site is attracting around 40,000 visitors a month, dispelling any doubts that artefact conservation could make a compelling blog topic. “It’s been one of the most successful museum blogs in the world,” says Nigel Watson, executive director of the Antarctic Her­itage Trust, when asked to explain the blog’s appeal. “This is part of the world’s heritage. It’s part of humanity’s story.”