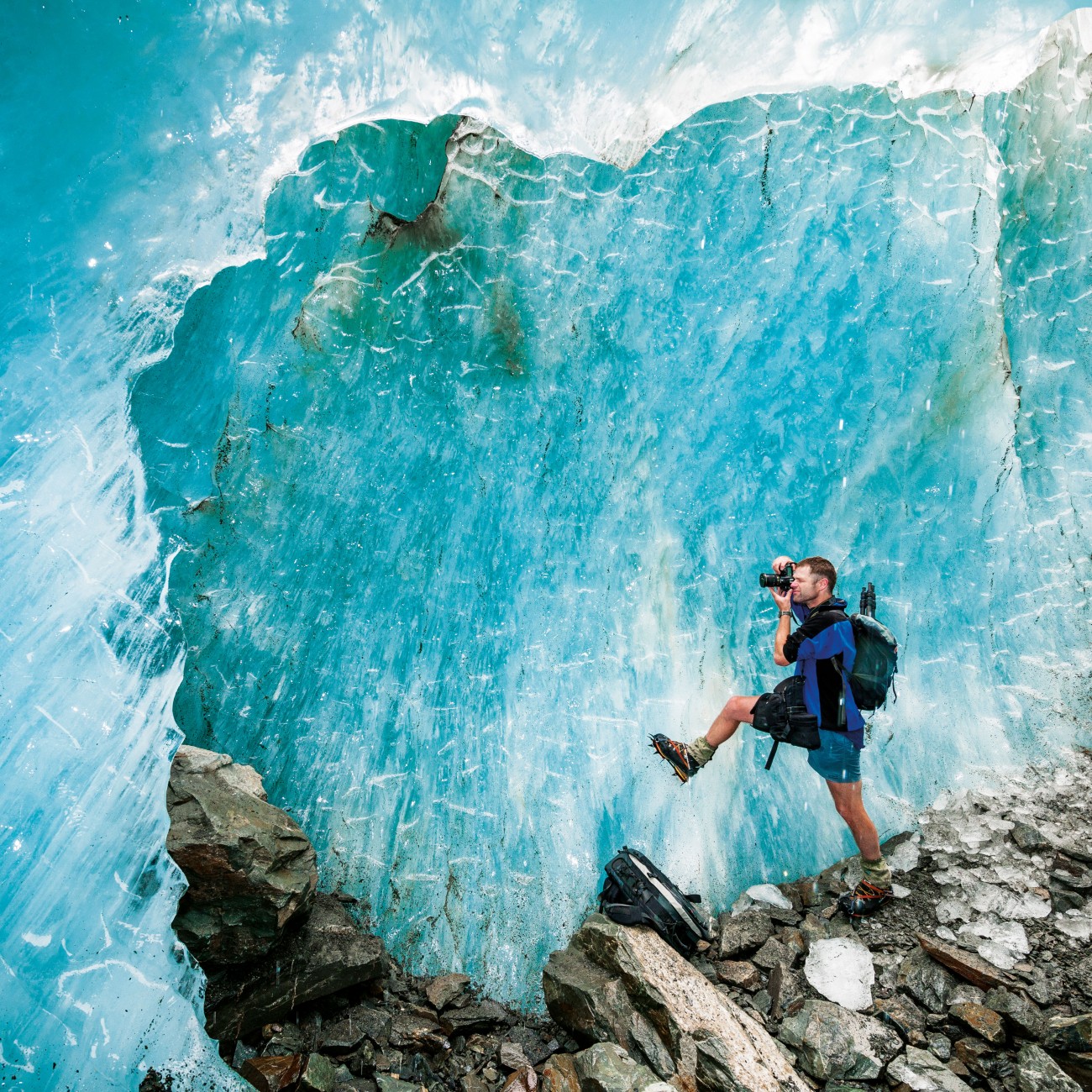 Photographer Petr Hlavacek travelled to New Zealand from the Czech Republic in 2001 to follow his passion for landscape photography. He began with a sort of survey; photographing in the mountains for a week or two, returning to civilisation only to refuel, then heading into the wild again­ from Cape Reinga in the north to Stewart Island in the south. After a year, he arrived in Franz Josef, and there he was stopped in his tracks.

“I had never seen a glacier before,” he recalls. “It was out of this world. And I sort of went out of my mind. I fell head over heels in love with it. I was just in awe.”

Every time Hlavacek went onto the glacier he was struck by the colour of the ice, the massive features that would be different with each visit. “It’s in this never-ending process of change, like a never-ending book with a new page to read every time,” he says.

He ended up guiding and photographing for tourist trips to the glacier for two years, but that feeling of awe and appreciation remained for a decade. Ultimately, it manifested as an urge to share the experience, to photograph the glacier from top to bottom, inside and out, in sunlight and storms.

Every day, the glacier’s features changed as the ice slowly flowed, bending and breaking as it curved over the bedrock. Fresh water would flow through fissures in the surface, destroying some features and creating others—cutting apertures and chan­nels through solid blue ice, and undermining large structures on the surface of the glacier. In parts, the colours and curves were voluptuous, Hlavacek says, an observation that appeared to amuse the tourists. In other, less accessible parts of the glacier—particularly in the undisturbed, clear blue ice of deep crevasses, where steam would rise in clouds from a warm body—he was convinced he persistently smelled the scent of watermelons.

Hlavacek began to lament the loss of some of these features that appeared to arise from nowhere then depart as suddenly. “You can’t photograph these features again,” he says. “They’ll never occur twice.”

But there was a more ominous notion as well. The Franz Josef and Fox glaciers are in rapid retreat, and with the reduction in ice volume, the ice features are changing too. Now the electric-blue apertures of clean, clear ice that were once so easy to access are harder to find, as are the massive sheets that stand on end like panes of glass.

“The glacier is day and night from when I was guiding on it. You wouldn’t recognise it,” he says. “Soon, people won’t be able to see what I saw.”

Unless, of course, they see his photos.