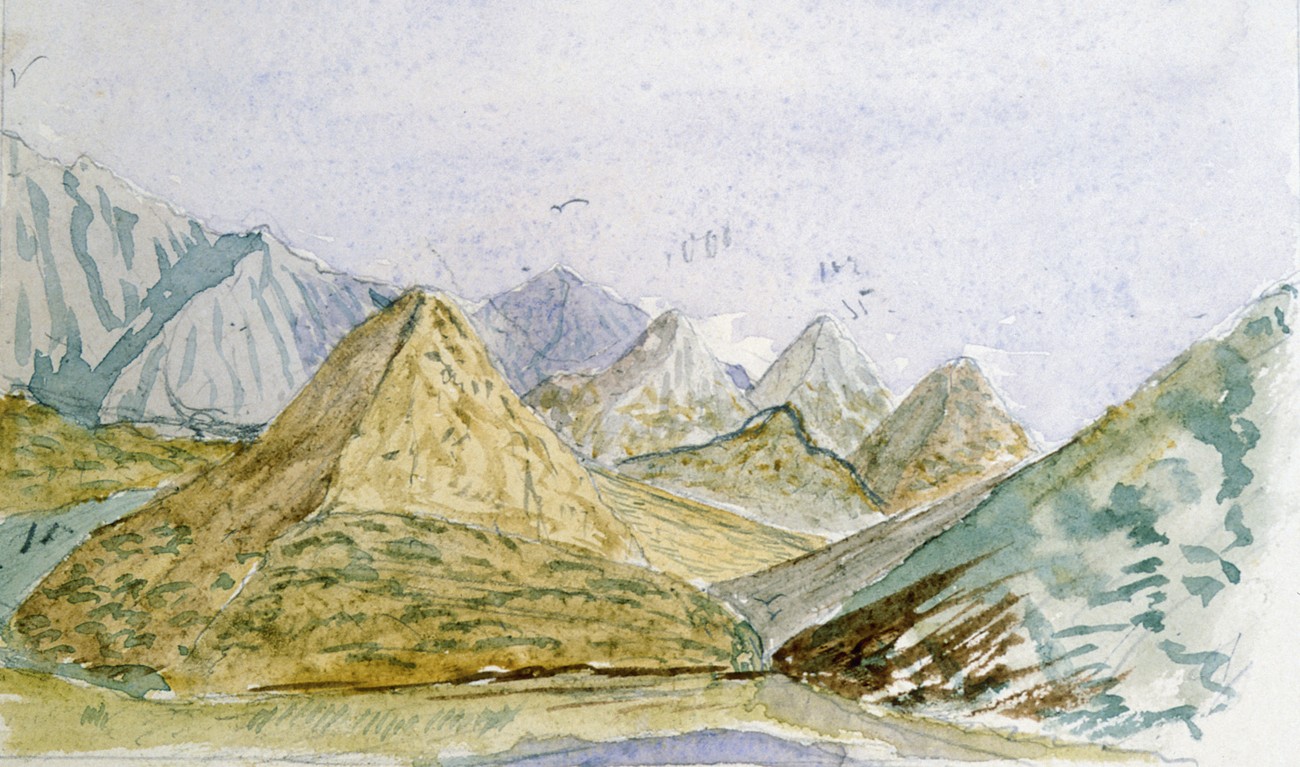 That honour, however, goes to Charles Cameron, a gold prospector who made the journey a few weeks earlier, seeking a di­rect route from Dunedin to goldfields on the West Coast. (Cameron’s claim was widely discredited, until a powder flask he had bur­ied to the west of the pass was discovered a few years later.) Haast was left with naming rights however, and the honour of being the first pakeha to follow the route all the way to the sea.

In his role as Provincial Geologist for Can­terbury, Haast began his journey on January 2, 1863 at the head of Lake Wanaka. He had heard about a route, called Tiori-patea “the way ahead is clear”, which Maori used for trading pounamu. After verifying it with a Maori elder living in the Waitemate bush, he set out with four men and enough provisions to last four weeks. The elder told Haast he would reach the Tasman Sea in two days, but constant rain and flooded rivers imped­ed progress and it took him and his men 21 days to reach the boggy summit he named Haast Pass.

The journey west from the pass proved even more difficult. “We were camped for several days under an enormous overhang­ing rock, with a vertical precipice of 150 feet near us, and the thundering and deafening roar of the swollen main river, forming here a large waterfall as its companion.”

Eventually though, the men reached the coast where they “stood in the surf, giving three hearty cheers”.

Haast’s interest in natural science was wide-ranging and in addition to carrying out geological work, he gathered many zoologi­cal and botanical samples enroute from Wa­naka to Westland. This scientific versatility endowed him with a variety of namesakes­ Mt Haast; the Haast River; the town of Haast; Haast’s eagle, (Harpagornis moorei, New Zealand’s extinct giant eagle); an alpine plant known as Haastia and in honour of his contributions to geology, the schist in New Zealand is known as Haast’s Schist.

Haast Pass remains the lowest of the three passes used today to cross the South­ern Alps. In an interesting historical aside, in June 1863 Haast married Mary Dobson, the sister of surveyor Arthur Dobson, after whom Arthur’s Pass is named.