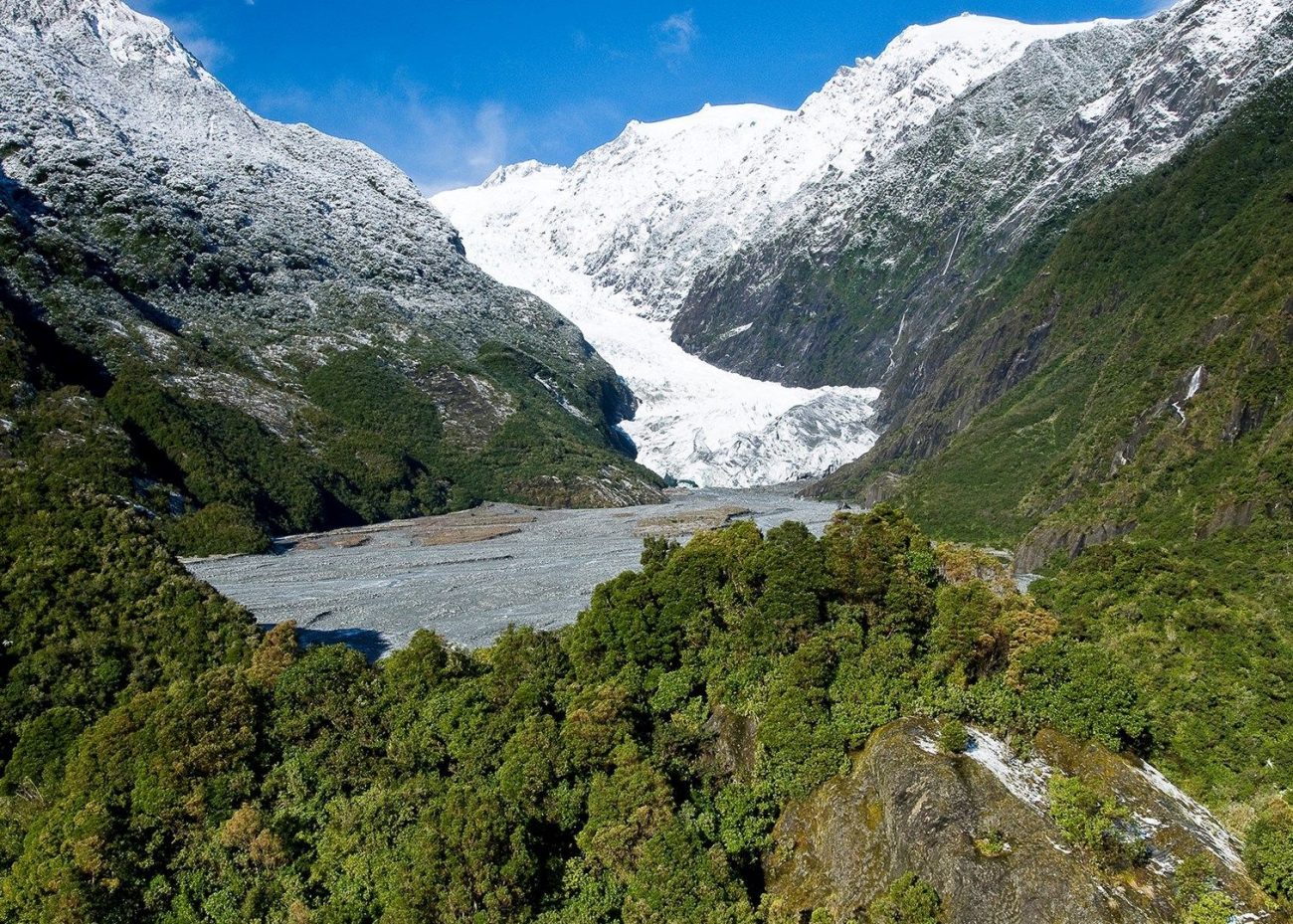 Barely. Results just released from a 2014 survey of 2246 New Zealanders 18 and over report that only one in two (49%) believe with certainty that climate change is “really happening.” (Roughly equal numbers of the rest were either undecided or disagree.)

And despite widely reported overseas studies showing that 97% of climate scientists confirm the reality of human-influenced climate change, only 53% of respondents in the New Zealand survey agreed with the statement: “Most scientists agree that humans are causing climate change.”

As for the impacts of climate change, again, less than half of respondents (41%) believe that New Zealand is likely to be negatively affected (31% undecided, 27% disagree), and 37% agree that climate change is likely to have a big impact on “people like them.”

By comparison, a 2014 survey of US attitudes to climate change found that 61% of respondents agreed that there is “solid evidence that earth has been warming” and 48% that “global climate change is a major threat to the US.”

When asked about the most important problem facing New Zealand today, 14% of respondents identified poverty and 8% identified employment. Climate change/environment/pollution were nominated by about 7% of respondents. That number rose to 25% when the question was framed as “the most important problem facing the world in the future if nothing is done to address it.”

(Australians are similarly unconcerned. In a 2014 survey, on a list of 16 issues ranging from health and cost of living to terrorism and drug problems, climate change came in at 14th.)

When asked about the statement: “Even if I do something to mitigate climate change, my actions would make no difference,” respondents were nearly split: 37% agreed, 42% disagreed. The remainder gave no opinion either way. Respondents were marginally more inclined to believe that their climate actions would influence those around them: 44% agreed with the statement “My actions to reduce climate change will encourage others to act”, with 31% disagreeing.

Nevertheless, healthy numbers of respondents indicated a desire to decarbonise their behaviour or lifestyle, though the most likely changes were at the cosmetic end of the scale. Nearly three-quarters said they were likely to install energy-efficient light bulbs, conserve water (69%) and reduce air-conditioning, heating or lighting use (62%) over the next 12 months.

Big-emission sectors such as food and transportation (estimated at 31% and 25% of an average New Zealand household’s emissions) did not receive similar levels of intention to decarbonise. Only 41% and 27% of respondents, respectively, said they were at least somewhat likely to avoid or reduce car or air travel over the next 12 months, and fewer were likely to avoid or reduce meat or dairy consumption (18% and 17%, respectively).

Survey organisers say the results suggest that New Zealanders “may be failing to take up mitigation opportunities from changes to transport and diet, the two largest contributors to a household’s emission footprint on a consumption basis and possible generators of health and other benefits. It would be interesting to explore possible drivers of these survey results, such as a lack of information about the combined climate change and other benefits of making changes to transport and diet, or a lack of motivation to make lifestyle changes in those areas.” Interesting, indeed.

What would motivate New Zealanders to take more concerted mitigation measures? Financial support such as subsidies or low-interest loans for energy-efficient products and renewable generation at home were cited as most important (66% and 59% respectively) followed by the provision of information (home energy metering, consumer guidance, product labelling), higher energy prices and community collaboration (programmes through your local school, community centre, neighbourhood association or church).

Interesting (to an armchair psychologist) is the finding that New Zealanders’ intentions to engage in climate-related actions diminish as the actions become more public. Low percentages indicated they were likely to speak in favour of pro-environmental policies (39%), vote for a candidate or boycott companies on environmental grounds (both 35%), or join public demonstrations supporting environmental protection (14%).

The gender split is also interesting. Slightly more women than men reported certainty that climate change is really happening (51% versus 46%), concern about the impact of climate change on themselves (66% versus 50%) and society (71% versus 55%), and belief that their actions can make a difference (48% versus 35%) and influence others to act (50% versus 39%). Women were also more likely than men to take all of the surveyed household actions that reduce emissions.

Age was a more significant indicator of willingness to endorse and take action on climate change. People aged 18-24 were dramatically more likely than their elders to believe that there is a scientific consensus and New Zealand is likely to be negatively affected by climate change. Those aged 18–24 and 25–34 were more likely than the average to engage in environmental citizenship activities such as speaking in favour of pro-environmental policies in conversations with friends or family, voting for a candidate who favours environmental protection and engaging in public demonstrations. Counterintuitively, the young were less likely than average to boycott companies that are not environmentally friendly.

Summarising the survey findings, the organisers suggest that to lift levels of climate mitigation by New Zealanders there may be a need “to convince people that climate change matters to them personally, convince people that their actions can make a difference . . . and/or trigger other motivations (such as cost savings, improved quality of life or other co-benefits) to achieve desired outcomes.”

On the face of it, we’re a long way from where we should be on this issue. The combination of timid political leadership and a blasé populace doesn’t bode well for our glaciers, our flora and fauna, or the human drivers of the problem.

A few weeks ago the governor of California, Jerry Brown, asked a question that applies just as well on this side of the Pacific: “Can we rise above the parochialisms, the ethnocentric perspectives, the immediacy of I-want-I-need, to a vision, a way of life, that is sustainable?”

UPDATE 19 May:
One of the barriers to climate action by individuals is the sense that their efforts won’t make a difference to the big picture. This concern was evident in the survey. When respondents were asked to rate their agreement or disagreement to the statement “Even if I do something to reduce climate change, my actions will make no difference,” 37% agreed, 42% disagreed and 21% were on the fence. In an excellent interview today in the New York Times, philosopher and environmental studies professor Dale Jamieson explains why individual action is essential, and why people can have at least some confidence that their actions will have a cumulative influence on global climate mitigation. Here’s what he said in answer to a question about the relative importance of international agreements and individual action: “International agreements matter but their importance is exaggerated. At the Rio Earth Summit in 1992 most northern environmentalists thought the solution to climate change would be an international agreement that would bind countries and force them to behave. But we don’t live in a world in which such authority exists either external to nations or in their superegos. Most action on climate change will take place within regions, within countries, within communities, and in the hearts and minds of individuals. Once there has been enough change at these levels then effective agreements can be made. In a way the point is simple. When it comes to fundamental change law tends to follow politics and morality rather than leading them.”