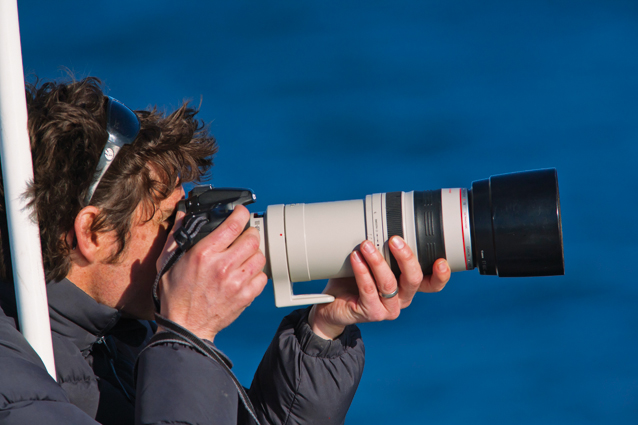 Click—a small mirror which conveys an image of the world to the eye of the photographer is momentarily suspended, and the action that passes before the lens in that fraction of a second is frozen in time—Clack.

In the days of Brian Brake, probably New Zealand’s most internationally renowned photographer, that image was recorded upon a chemical emulsion. And while the energies of most press photographers are directed at attaining the iconic single image, Brake was devoted to the photo-essay, a sequence of images which told a story and would became stock in trade for magazines such as Life, Paris Match and National Geographic, after which this magazine was modelled in 1989. Even his most iconic image (reproduced in this issue on page 85) was merely one piece of the puzzle—the first rain of India’s monsoon season touching a girl’s face, the first beat of the visual narrative that followed.

But while much of his photography was observational, that image was painstakingly crafted. He directed his model, Aparna Das Gupta—who forever after would be known as the “Monsoon Girl”—to wear a red sari, and upon discovering that her nose wasn’t pierced, glued on a green stud instead. (The red stud she had brought along to match the sari was dismissed out of hand.) The rain wasn’t the first of the monsoon, but rather sprinkled from a watering can, atop a ladder.

Such can be the artifice of image-making, whether on chemical stock or digital, and a reminder that a photograph is always coloured by the presence of the photographer who created it. But photographs are believed in a way that paintings and other creative arts are not. In the words of George Bernard Shaw, “I would willingly exchange every painting of Christ for one snapshot”. And in this inherent veracity lies their power to convince.

Brake rose through the ranks of Magnum photographers to prominence in Life Magazine, but remained largely uncelebrated in the country of his birth, even after returning to live here. The release of a large-format, hardback book—a New Zealand Geographic co-edition with Te Papa Press—and an exhibition later this year may change that.

This month also marks the publication of another hardback photography book, this one a lot closer to home. For two decades, New Zealand Geographic photographer Peter Quinn has sought to capture the changing face of this country. His images are revealing, offering insights into the nature of the society we thought we knew well and perspectives of environments we would never dare venture into ourselves. From the brotherhood of gang culture to the depths of a coal mine and the intimacy of home birth, New Zealanders in Focus makes good on the ultimate goal of photojournalism—to provide images which explain ourselves.

While on the topic of photography, our annual Photographer of the Year competition, which gives amateurs the opportunity to hang their frames next to the best work of pros, closes on September 21 (see www.nzgeographic.co.nz
/photocomp). Along with the burgeoning Flickr group “nzgeographic”, the competition has attracted aspiring photographers from which we hope will emerge another generation of social documentarians to follow in the footsteps of visionary photographers such as Brake and Quinn, who have not only captured revealing photographs, but have also created definitive bodies of work that teach us something about ourselves.