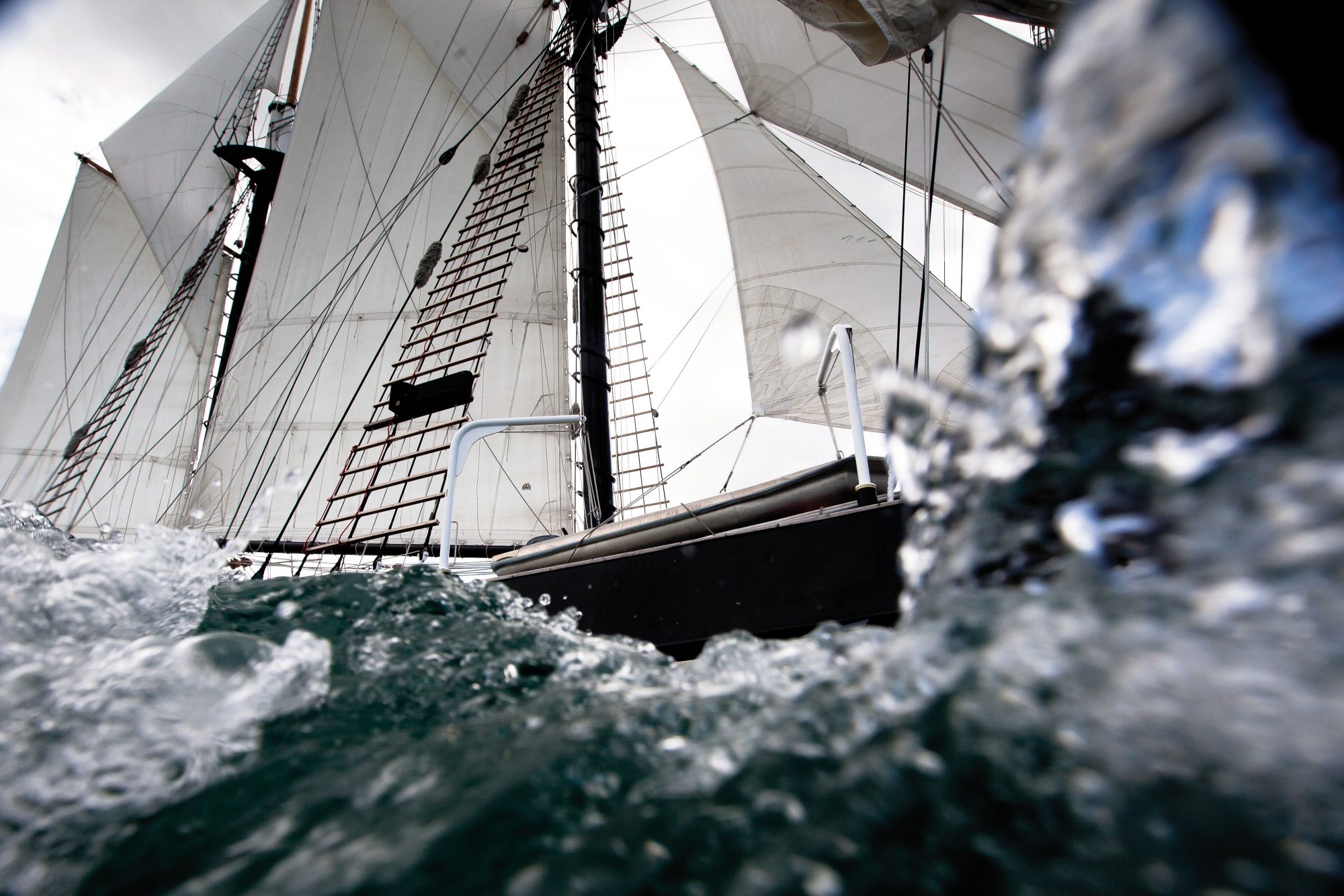 Early European settlers acknowledged the positive effects of regattas and racing in “improving the breed” to produce better designers and builders, better boats, and better sailors and rowers. Indeed, had not the Auckland Anniversary Day Regatta become central to the city’s summer sport, and its example followed in ports all around the country, New Zealand might not have produced the sailors, designers and boat-builders who eventually dominated yachting’s premier prize, the America’s Cup, against the best in the rest of the world, and then had it sailed in the Waitemata—something unthinkable until only a few years ago.

From the start, there were two key elements that contributed to the regatta’s success and abiding influence. First, in the context of this otherwise thoroughly British event, the waka taua and fishing waka of Tamaki-makau-rau and visiting tribes from other regions were welcome participants, without touristy overtones but as eager competitors in their unique and fast craft. Then there was the recognition of the significant Maori contribution to New Zealand’s maritime commerce by including an event for Maori-owned coasting vessels. These were manned by skilled Maori seamen who had been brought up before the mast in British and Yankee whalers and traders of the Pacific, and dominated our coastal trade in a highly professional way. While the Land Wars of the 1860s came to cause so much tension and distrust between the races that Maori ownership of trading vessels dwindled over the years, Maori fishermen and sailors of Auckland continued to contribute hugely to the pool of crewmen and crack helmsmen who raced the first-class yachts for Pakeha bankers and brewers well into the 1900s.

The second element was the prominence of trading-vessel races as the regatta’s glamour events into the 1890s. With that lightweight, rot-resistant native timber, kauri, in relatively plentiful supply and long lengths, and with world-class designers and builders vying for wins in the regatta, Auckland and North Auckland produced the finest trading vessels in the South Pacific, and Auckland became the hub of its commerce, from the Marquesas in the far north-east to New Caledonia in the north-west.

The regatta of the 19th century was a rambunctious affair; the spectators in this colonial outpost were thirsty for entertainment and a chance to bet on the boats. Dirty tricks were the norm—a half-sliced halyard, a tarred bottom, a bucket tied to the bobstay or the rudder were common tactics employed as late as the 1890s. The racing prizes were also extraordinarily high—the cost of building a new crack yacht or whaleboat could be covered with just a few wins. Boatbuilders such as Charles Bailey Snr made an industry out of shipping their latest “open sailing boats” to race at regatta after regatta around the coast. But the Auckland regatta was always the big one, where reputations were established. Bailey’s order book for fast Pacific trading schooners, ferry boats and steamers was filled by his regatta successes in his open boats.

Little by little, however, the regatta became gentrified with the rise of yacht clubs which adhered to Corinthian principles of fair play, the banning of owners or helmsmen “in the trade” and, of course, any form of betting. While that was a loss from the point of view of the punter, there were compensations, as a regatta win became a genuine laurel for the builder.

Auckland produced two dynasties of builders, the Logans and the Baileys, who battled head to head and whose most sublime large yachts were as good as their contemporaries anywhere in the world. For 20 years or so—until tariffs kept them out—Logan- and Bailey-built yachts dominated racing in Australia, too, as some of our first high-tech manufactured exports.

As the 20th century turned, the regatta was in transition from a colonial free-for-all where, for example, whaleboat racing had to be dropped from the programme because of ramming and fisticuffs on the water, to a purer event modelled on the British and U.S. regattas of the time. No longer able to be propped up by betting and the bookies, the regatta became totally reliant upon public subscription for funding, hence the only cancellation of the event, in 1900, was when the public was distracted by reverses in the Boer War in South Africa.

But the regatta survived the transition and progressively increased its influence on our sporting culture as mullet-boat racing took off in the early 1900s, and then locally designed classes of small centreboarders proliferated in wild bursts after World War I and again after World War II. This meant that a significant number of Aucklanders were out on the water for the regatta. In 1918, by the calculation of W.A. Wilkinson, editor of the New Zealand Yachtsman, it was 4000 out of a population of 65,000.

During the yachting boom in the late 1940s, Auckland’s became the largest one-day regatta in the world in terms of yachts and participants. No matter what club yachties belonged to, no matter what enticements there were for summer cruising, it was a matter of pride to enter and experience the regatta, and a great honour to win your class.

While absolute numbers of entries have declined over recent years with increased mobility and so many other things to do on the long weekend, the Auckland Anniversary Day Regatta is renewed with events such as passage races from Rakino and Mahurangi and the recently introduced tug-boat race, which provides a spectacle of power, if not elegance, on the Waitemata.

For the general public in picnic mood, the event is an extraordinary sight from the vantage points of, say, North Head or Bastion Point, with hundreds of sails criss-crossing one another on a sun-flecked sea, the ultimate expression of the moniker “The City of Sails”.

Battle of the forecasters