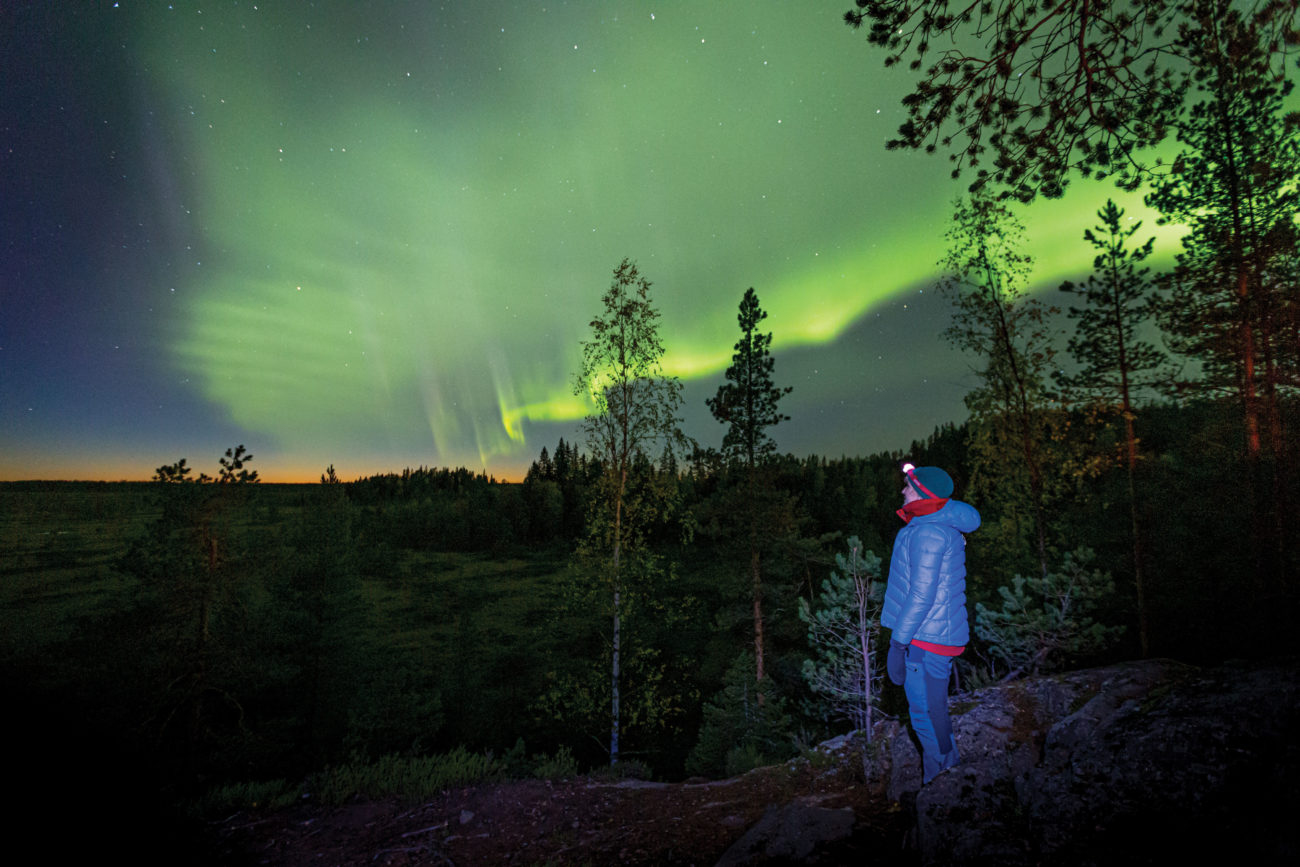 When an undulating curve lit up the night sky above a group of Finnish aurora hunters, they flipped through their guidebook to identify it—but the aurora didn’t look like any of the 30 distinct forms pictured within. So the northern lights enthusiasts turned their cameras skyward, capturing the strange shape, which they called “the dunes”.

“They told me I had excluded one aurora form from the book,” says Minna Palmroth, a space physicist at the University of Helsinki and author of the guide.

Most aurora appear as shimmering green or pink curtains, stretched vertically. But the dunes were horizontal, like fingers of light reaching hundreds of kilometres towards the equator. Researchers from the University of Helsinki, including Palmroth, joined forces with the citizen skywatchers to document the new form, and their findings were reported in AGU Advances in January.

Using the aurora hunters’ photos, scientists calculated the altitude of the dunes to be 100 kilometres above sea level. This suggests that the dunes are a visible manifestation of atmospheric waves—specifically, mesospheric bores, a type of wave that behaves like a ripple on the surface of a pond.

“For the first time, we can actually observe atmospheric waves through the aurora. This is something that hasn’t been done before,” says Palmroth.

Studying the dunes may help scientists understand the dynamics and interactions of Earth’s atmosphere in more detail.

The new discovery echoes that of strong thermal emission velocity enhancement, or STEVE, a purple-green sky-glow phenomenon first documented by aurora seekers in Canada in 2016. Subsequent observations have confirmed that STEVE occurs in New Zealand skies—while photos captured by aurora seekers down under suggest that the dunes may also be part of the southern lights spectacle.