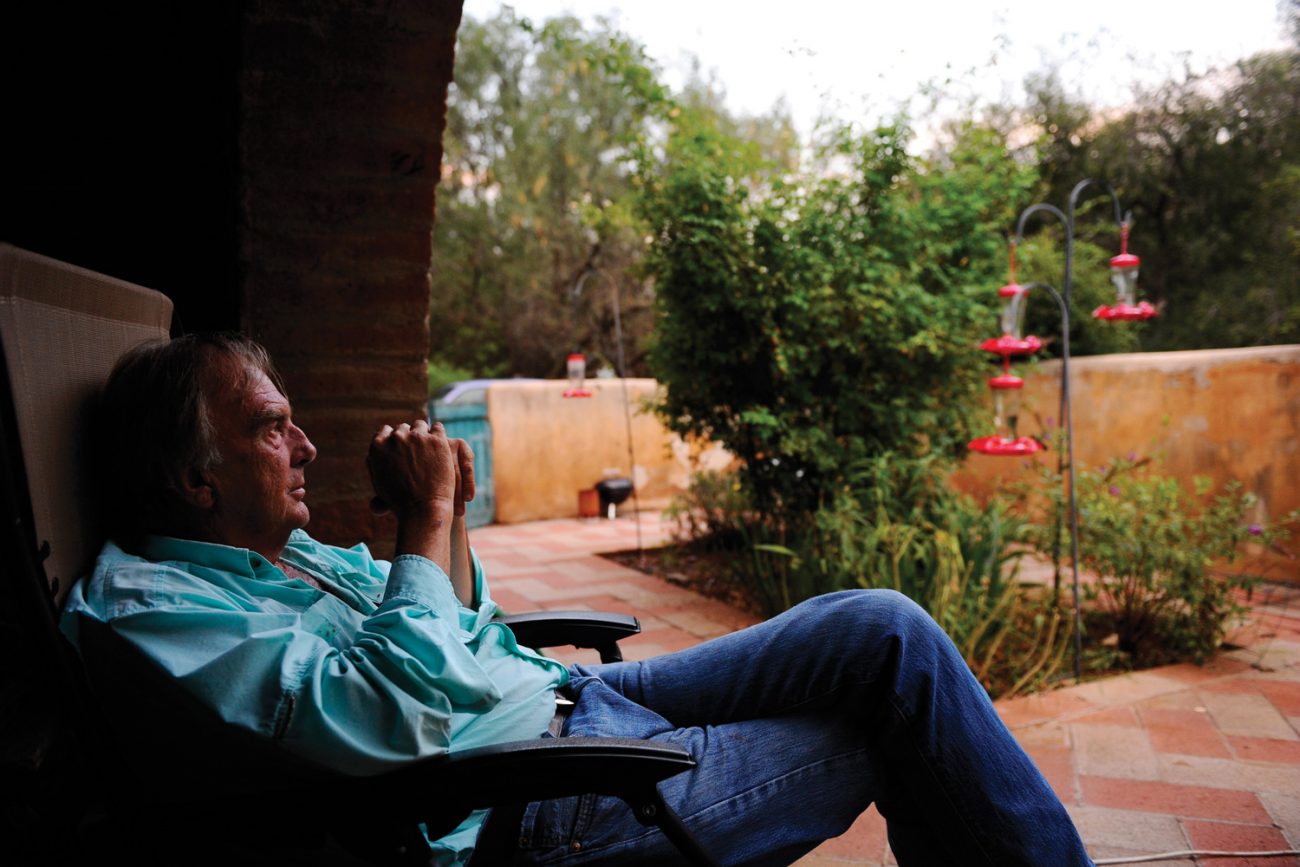 I was prepping for a panel discussion at the Auckland Museum, timed to coincide with an exhibition of winning entries in the international Wildlife Photographer of the Year competition.

In his essay (in the great photography magazine Aperture), Bowden confessed to feeling out of step with the way photographers see nature—in particular, the desert, Bowden’s love, his soulmate, his dependence. Desert photography, he said, is largely a lie. A wilful blindness. It depicts an imaginary place in the mind of a spectator, not the real place known by a dweller.

Such photography—all cactus flowers and forked lightning—is intended to “succour sensitive souls as they contemplate their Volvos and listen to CDs of humpback whale doo-wop groups”, wrote Bowden. “Like drugs, desert photography is an inevitable and essential part of our deadened civilisation. It means never having to open our eyes.”

Bowden knew deserts. He grew up in them in Arizona, lived near them in New Mexico, and spent much of his life writing about them. “My life has been deserts,” he wrote. “I have walked for days across ground without a single track of my kind, spent nights on the baked ground where the temperature hovered over a hundred degrees at midnight. Sometimes, I have made it to the edge of my dreams.”

Bowden kept his eyes open, too, and some of his best known work is his unflinching reporting of the Mexican drug war. But what struck me, as I browsed online for his byline, was his pungent writing about the environmental crisis, this planetary roulette we play.

It is more crime than crisis, he wrote: “Our hand is on the knife, the knife is at the victim’s throat. We are trained to kill. We are trained to turn the earth to account, to use it, market it, make money off it. To take it for granted. Logically, we will never be able to reverse this part of our culture in enough time to stop that knife in our hand. But that is the task at hand—to cease this act of violence.”

In a recent book of his—a startling book called Some of the Dead are Still Breathing—he spoke of the vast emptying of the oceans. “There are fifteen hundred ships putting two million miles of net a year—thirty-five thousand miles a night. Everything dies. The whales also. The ocean called Pacific, in the northern waters. These numbers mean nothing to me because I can imagine neither the ocean nor the deaths. I live in a blur.”

We are all living in a blur. A blur of economic intoxication. A blur that keeps National riding high in the polls despite murky rivers and murkier ethics. A blur that led—this week, across the Tasman—to the repeal of legislation protecting a swathe of Tasmania’s old-growth forest, as glorious as any forest on the planet. Ladies and gentlemen, fire up your chainsaws. Collateral damage is the common coin of life now, writes Bowden.

How do we wrench our eyes away from this hypnotic blur? Break the wilful blindness? Here’s how Bowden saw his part in that process—a haunting passage from Some of the Dead:

But words are all I have, my skills are limited and the words at best are a veil, maybe even a shroud, between us and this world we touch but cannot embrace, a ball of dirt we stand on but never can really know. We want a clean thing, we want ten commandments, a list of solid answers, a form we fill out and then we’re done with the mysteries, perhaps, a chant we can murmur in the dark hours. But the real writing is not on any page, it is everywhere. Cities have morphed into giant splatters of flesh and materials and we call them mega this and that but our words cannot capture the reality that slaps our faces. We can’t wrap our minds around the vast dying now taking place, the exit of plants and animals without even a goodbye note as they leave us behind, and it is not like the near-beer version peddled by the Good Book merchants of gloom, no, it is the silence of life fleeing this place of life, the silent caravan of beasts and fish in the sea and whales leaving our world and going over Jordan, but this time the land is not promised but forsaken.