Everyday phenomena can take on extraordinary dimensions, depending on how you see them.

The “sun trail” image shown above (top) was produced by Brian Donovan and Max Osborne of the University of Auckland’s Audio Visual Centre. Brian Donovan, in particular, has had a long-standing interest in night sky and sun photo­graphy, and it was he who conceived the idea of the photograph—one taken with an ultra-wide angle lens which would record not only the sun’s passage across the sky for a day, but include a landscape as well.

Producing such an image is not straightforward. Any direct shot of the sun, no matter how brief, is usually completely overexposed, so a con­tinuous 12-hour exposure sounds impossible. Using extremely dark filters could make it feasible, but then all one would have would be a bright semicircle on a completely black background. Brian and Max decided that the answer could lie in making three exposures on one frame of film. Two exposures would be brief and unfiltered: one before dawn and one after sunset, to lighten sectors of the sky and provide some foreground. The main exposure would be for 12 hours and would require heavy filtration, but would add the arcing image of the sun’s trail.

Brian first tested the feasibil­ity of this approach with some simpler shots that could be taken with normal cameras. One, taken from the Auckland Harbour Bridge off-ramp below Pt Erin, is a double exposure of sunrise in midsummer. The moonrise over Rangitoto is from Milford Beach.

Photographing the all-day sun trail was much more demand­ing. For a start, it had to be taken in winter, between the autumn and spring equinoxes, as during the rest of the year the sunrise and sunset points are more than 180° apart. But the camera provided the real headache. A 16 mm fisheye lens was to be used, and filters cannot be placed in front of this type of lens. Hence a special camera had to be constructed with neutral density filters carried behind the lens on a sliding carriage. Max executed the manufacture of the camera.

In addition, they had to find a site where the camera could safely be left unattended, as neither of them was sufficiently obsessed about obtaining this picture that they were prepared to sit beside a camera for more than 12 hours. In the event, a relatively secure position on top of the University of Auckland’s Physics building was used, and they could only hope that passing pigeons would reject the camera as a perch (or worse . . .)

The camera was mounted on a tripod, aimed at north, and a 30-second unfiltered exposure was made 30 minutes before sunrise. This exposure also recorded a waning gibbous moon, as well as cloud which mercifully disappeared later.

The neutral density filters were then positioned behind the lens, the aperture adjusted, and the lens uncapped for the all-day exposure Finally, 30 minutes after sunset, another 30-second unfiltered exposure was made of the scene. All the city’s buildings and fixed light sources had, as a result, two exposures.

The result is one of the more unusual records of September 7, 1993. 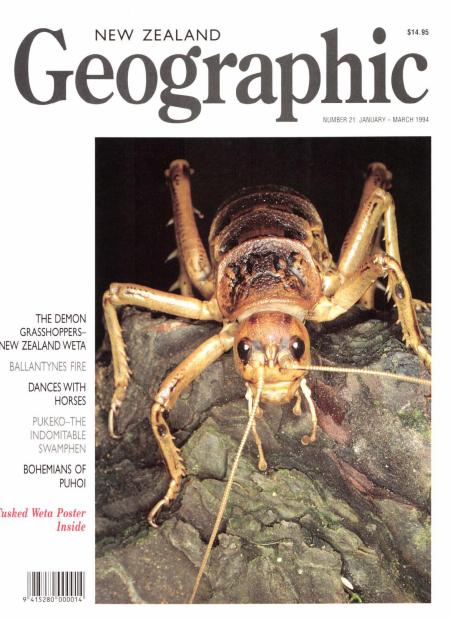