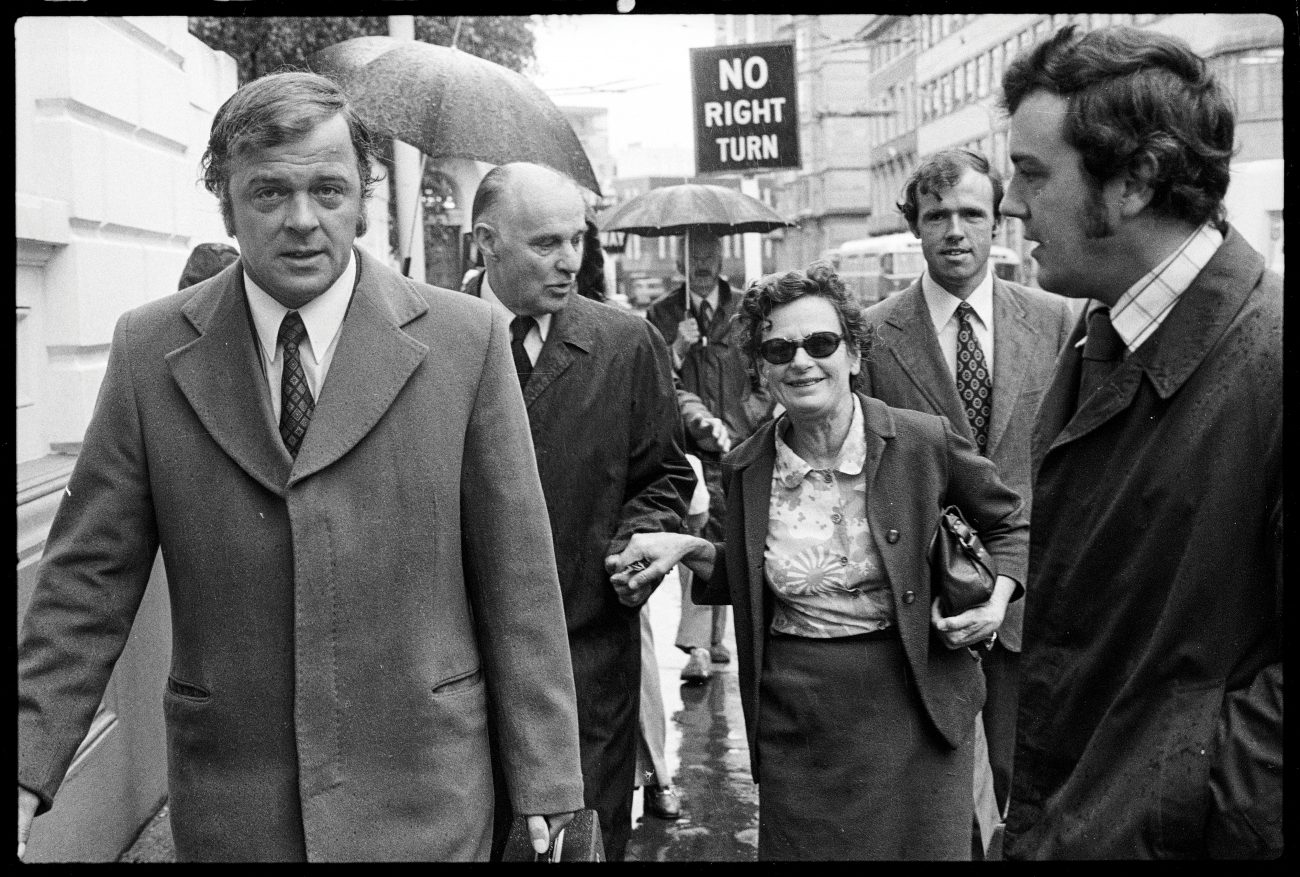 Shortly before 9pm on Thursday, September 26, 1974, Dimitri Razgovorov was photographed sprinting in rain down Wellington’s Aro Street clutching a furled umbrella. A known KGB agent, he was said to have been fleeing the scene of a clandestine meeting with influential New Zealand economist and former senior public servant Bill Sutch, who moments earlier had been taken into custody.

For the police, the Aro Valley operation had not gone according to plan.

Several times in previous months, officers of the Security Intelligence Service had observed Sutch handing parcels to the Russian diplomat, and they were keen to catch him with the evidence.

But they had not anticipated the rain, which made it hard for the hidden agents and police to see or hear much of anything. Worse, the bad weather prompted Sutch to hail a taxi, which delivered him to the rendezvous early, wrong-footing his captors. A vehicle belonging to the Soviet Union’s embassy had sped off before its driver could be stopped.

News of Sutch’s arrest on a charge of treason stunned the country. For many, it was their first glimpse into the workings of New Zealand’s counter-intelligence agency. Sutch, who had retired from the public service nearly a decade earlier, declined to enter the witness stand on the grounds that he had no case to answer. The meetings, he declared, had consisted of little more than enquiries about such things as Zionism and the attitude of New Zealand Chinese to communist China. With no hard evidence—it transpired that no one had even seen a package being handed over—the prosecution case collapsed. The five-day Supreme Court trial, which began on February 17, 1975, ended with Sutch being found not guilty.

The SIS fared less well. It emerged that the agency had illegally tapped Sutch’s telephone and searched his office, and had misled Prime Minister Norman Kirk about its activities. The 1975 ‘spy’ trial added momentum to the repeal in 1982 of the Official Secrets Act, which former Prime Minister Sir Geoffrey Palmer described as legislation of “unrelenting severity and unreasonableness”. Ironically, the SIS file on Sutch was made public under the Official Information Act, which replaced the Official Secrets Act, and it revealed little evidence of wrongdoing despite decades of investigation.

Still, not everyone was convinced of the innocence of Sutch, a self-declared socialist and long-time admirer of the Soviet Union. And in 2014, documents smuggled to the West by defecting KGB archivist Vasili Mitrokhin were made public that seemingly confirmed suspicions. Without naming him, they identified Sutch as a Soviet operative codenamed ‘Maori’ (born 1907, gained a PhD, former high-ranking state official, retired in 1965), who had been recruited in 1950—Sutch at that time was secretary general of New Zealand’s United Nations delegation in New York.

His defenders countered that Soviet recruiters, under pressure to perform, would have exaggerated their successes, and even made things up. Novelist Graham Greene, himself a former MI6 intelligence officer, based Our Man in Havana on just such goings-on in the real world of espionage.

Sutch died within months of winning his legal fight. But the facts surrounding the sensational spy case continue to puzzle and divide New Zealanders, overshadowing the very real contributions made by the man at its centre to our economic, cultural, and intellectual life.