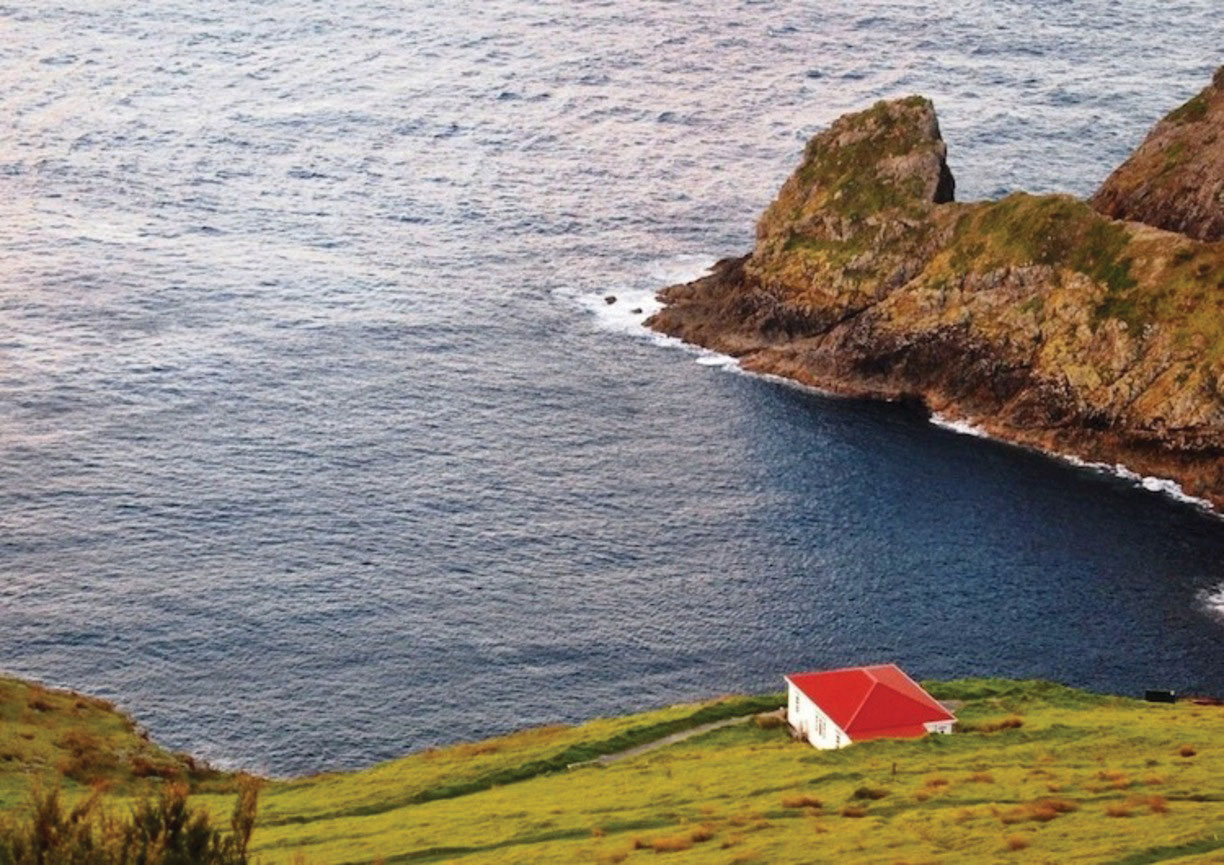 The Parramatta, a schooner from Sydney, had the dubious honour of being the first European ship wrecked on the coast of New Zealand. The crew arguably brought its fate upon themselves—the ship departed the Bay of Islands in a hurry after evading a debt owed to Māori, leaving three people wounded. Then a gale blew up, the schooner smashed on the steep-sided Rakaumangamanga Peninsula, and Māori exacted retribution on the survivors.

That was in 1808. Over the following century, several officials lobbied for a lighthouse at Cape Brett, and 101 years after the Parramatta met its end, construction began. Three lighthouse keepers’ cottages were built from kauri at the tip of the peninsula, and a 14-metre mercury-bath lighthouse behind them. Meanwhile, interviews for prospective lighthouse keepers commenced in Wellington at the Marine Department—hopefuls had to provide proof of their sobriety, honesty, good health, perfect vision, and propensity for hard work. Three men got the job: principal keeper Robert McIver, first assistant Frances Ernest Lee, and second assistant Arthur Page. The men worked three shifts on the light each day. Their tiny community was largely self-sufficient—it even had its own schoolhouse. In all, 63 lighthouse keepers and their families made their home on Cape Brett before the station closed in 1978. Today, only the first assistant lighthouse keeper’s cottage remains, transformed into a Department of Conservation hut at the end of the 16-kilometre Cape Brett Track.

It begins at Rāwhiti, a 30-kilometre drive from Russell, and the rugged character of the peninsula delivers spectacular views. The trek can be cut shorter by taking a water taxi to or from Deep Water Cove, which is a six-kilometre walk from the hut.