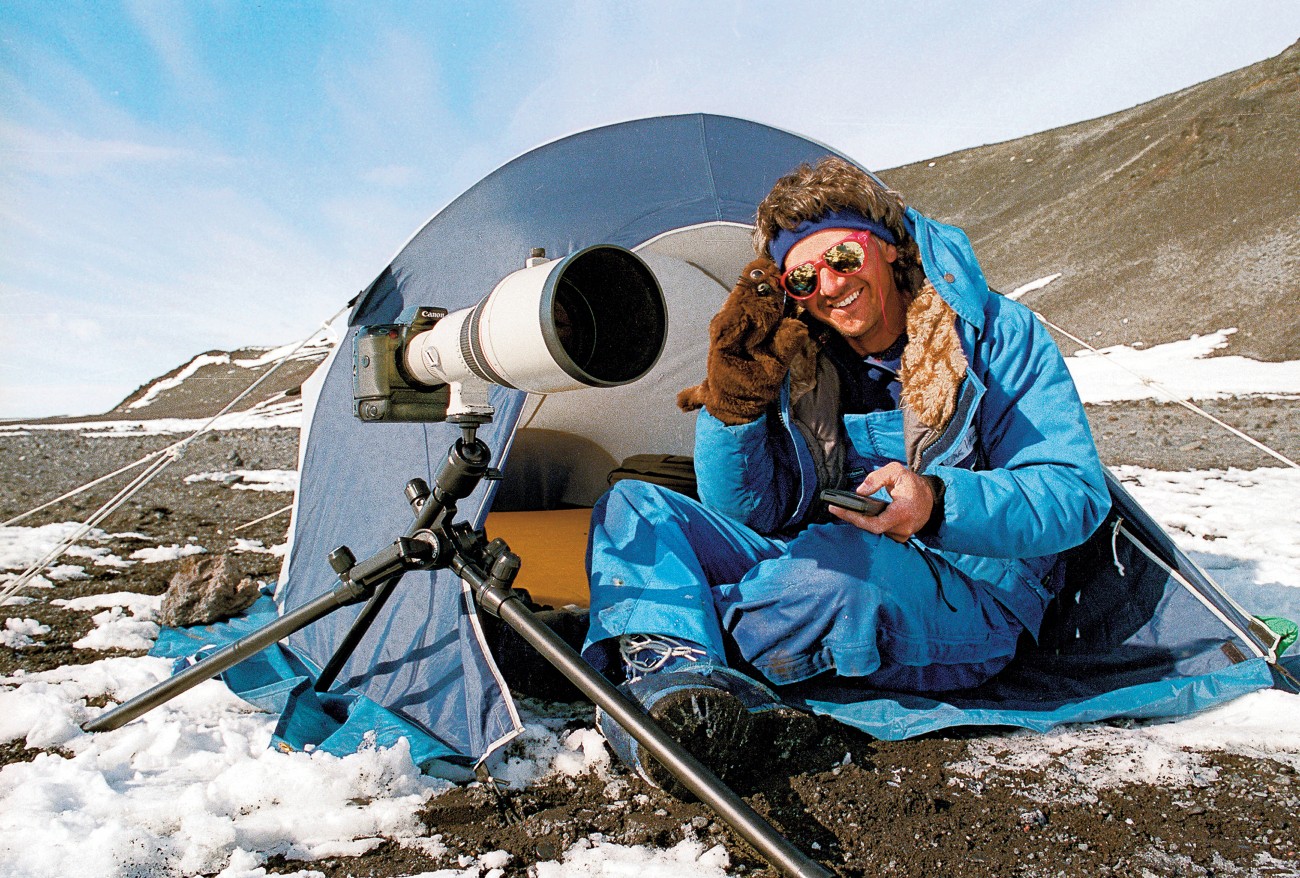 When Dave Hansford unpacked his bag at Bird Point, Antarc­tica, he discovered that his partner had hidden a squeaky toy, some chocolate and a hip flask of whisky. At 77 degrees south, surrounded by nothing but ice and penguins, it was quite a find. He needn’t have packed the long lens; a couple of squeaks on the fluffy toy brought Adelie penguins right inside his tent. It was a memorable trip—he recalls lying on the ice surrounded by Adelie penguins and luminescent white snow petrels flying overhead in brilliant sunlight at four in the morning. Such expe­riences were the reason he had got into this game.

Ever since wagging art class to look at issues of National Geo­graphic in the school library at Rangitoto College, Hansford had been obsessed with wildlife. “I can remember being riveted to the television by Jacques Cousteau documentaries,” he recalls. “But as I got older I began to appreciate that this place isn’t a zoo. You need a functioning ecosystem and intact habitats.”

He worked for four years in community newspapers, then 11 years at the Dominion newspaper. “But I always had an abiding dissatisfaction with the way the media were reporting on the environment,” he says. “There was very little reported, and it was done poorly.”

As there wasn’t a dedicated environmental reporting job at the time, Hansford offered to leave and write environmental news on a freelance basis. That was nine years ago. Now he’s the regional reporter for Oceania for the National Geographic news service, writes for dozens of local magazines and has a monthly slot on TVNZ’s Good Morning show.

He’s been fortunate to travel the world with his work but every time Hansford comes home he’s impressed by the unique New Zealand fauna. “I’m constantly amazed by the ar­chaic quality of our wildlife; it’s like walking through a Jurassic forest,” he says. “But, that’s also been its downfall, and now many of our native species are actually very hard to find.”

Hansford writes regularly for the GeoNews section at the front of each issue of New Zealand Geographic and spent months researching the feature story on 1080 in this issue. He also wrote the story on butterflies in the first issue this year and the article on native fauna threatened by warming temperatures last September. Over his career he has noticed an encouraging sea-change in the way the media report on the environment. “Ecology stories now touch on tourism, trade and even social equity,” he says. “Environmental issues touch every aspect of our lives, something that most people are now beginning to appreciate.”