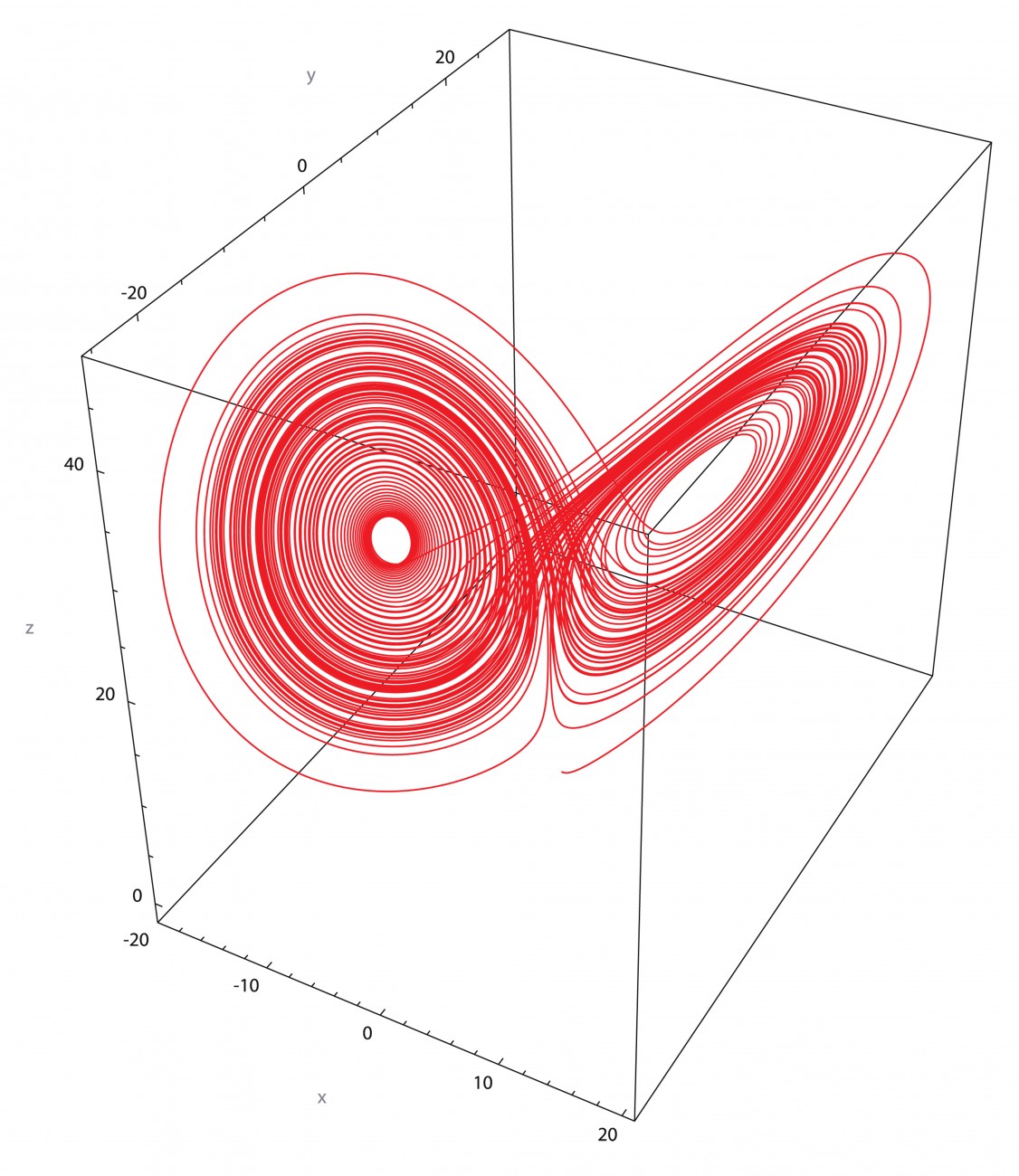 The American meteorologist Edward Lorenz, who died aged 90 in April, was famous for his 1972 paper Predictability: Does the Flap of a Butterfly’s Wings in Brazil Set Off a Tor­nado in Texas? Lorenz was one of thousands of math­ematics graduates in the 1940s who trained as weather forecasters during WWII and became hooked on meteorology. At Massa­chusetts Institute of Technology he was part of the generation of researchers who first at­tempted to forecast weather using the new electronic computers, by-products of the Al­lies’ code-breaking activities during the war.

The idea that mathematical equations could be used to calculate future weather goes back to the Swedish meteorologist Vil­helm Bjerknes, at the beginning of the 20th century, and was further developed by Eng­lish mathematician Lewis Fry Richardson.

Richardson was a Quaker, a pacifist and the former superintendent of the meteoro­logical observatory at Eskdalemuir, Scotland, who volunteered as an ambulance driver during WWI. When he was drafted to the Western Front, he took with him an hour’s worth of weather observations from all over Europe, and in his spare time undertook many thousands of calculations in an at­tempt to advance weather prediction by six hours. But after months of work, his calcula­tions still didn’t match up with the weather that actually occurred.

Undeterred, he reasoned that the fail­ure was due to insufficient data—that the gaps between the observations were too large. He wrote his method and results in a book, and although the manuscript was temporarily lost after a hurried move of the front, it turned up months later under a pile of coal.

Richardson had a grand vision of how to speed up his forecast process so that the weather could be calculated before it oc­curred, imagining a giant “Forecast Factory” with 64,000 people calculating small bits of the maths, orchestrated by a conductor communicating with flashing lights.

Computers turned this fantasy into real­ity. Initial results of numerical forecasting, as it came to be called, were encouraging and raised hopes that eventually accurate forecasts might be possible months into the future. That was until Edward Lorenz acci­dentally discovered the “Butterfly Effect.”

Lorenz had been playing with “toy weath­er” on a small computer, using an extremely simplified version of the program and plot­ting only one variable at a time. Hoping to extend one run of his model further into the future, he ran it again, but instead of start­ing again from the original data, he used the printout of data from halfway through his first run. To start with, the repeat run fol­lowed the pattern of results, then gradually diverged until it no longer bore any resem­blance to the original. Puzzled, he tried some further experiments, and discovered what had happened. The computer was calculat­ing numbers to six places after the decimal point, but to save space, the printout only used three places after the decimal point. Restarting the run with numbers rounded off to three places gave rise, over time, to a completely different result. Lorenz had discovered that the equations governing the weather predictions were “exquisitely sensi­tive to initial conditions.”

One implication of Lorenz’s discovery is that there’s a severe limit to how far into the future weather can be forecast before errors in the initial data grow exponentially.

Consider, for instance, the weather map for New Zealand for midnight Thursday, 29 May, based on a forecast made seven days earlier by the global model of the Europe­an Centre for Medium-Range Forecasting (Fig 1). A deep low with central pressure of 988 hPa was predicted to lie west of Stewart Island and the pressure difference between Cook Strait and Fiordland was 18 hPa. If the prediction had worked out, this situation would have brought north-west gales to many parts of the South Island and lower North Island, as well as around 200 mm of rain in the Alps with significant rain spilling over into the headwaters of the hydro lakes. But as seven days rolled by, there was no deep low south-west of Fiord­land nor widespread gales and heavy rain (Fig 2), although there was a trough in the right place, some rain in Fiordland and a few gales near Puysegur Point.

By contrast, the forecast made for Wednesday, 28 May (also made seven days earlier), showed a large high over the coun­try and a dying south-east airstream bring­ing a few showers to Hawke’s Bay and Gis­borne, which is in fact what happened. This isn’t that surprising; unlike highs, lows can deepen explosively through non-linear proc­esses, which make them extremely difficult to forecast.

But while computer models cannot fore­cast individual weather situations beyond a few weeks, they can be used to forecast climate decades into the future. This is be­cause climate forecasts use the average of many different runs and the solutions to the atmospheric equations turn out to be stable in the mean.

Lorenz made many contributions to me­teorology beyond the Butterfly Effect and his work, which deals with what happens when beautiful equations meet messy reality, be­came a cornerstone of the field of chaos theory.

He received many awards including a Kyoto Prize for Basic Science. The citation for the latter said that Lorenz “made his boldest scientific achievement in discover­ing ‘deterministic chaos’, a principle which has profoundly influenced a wide range of basic sciences and brought about one of the most dramatic changes in mankind’s view of nature since Sir Isaac Newton.”