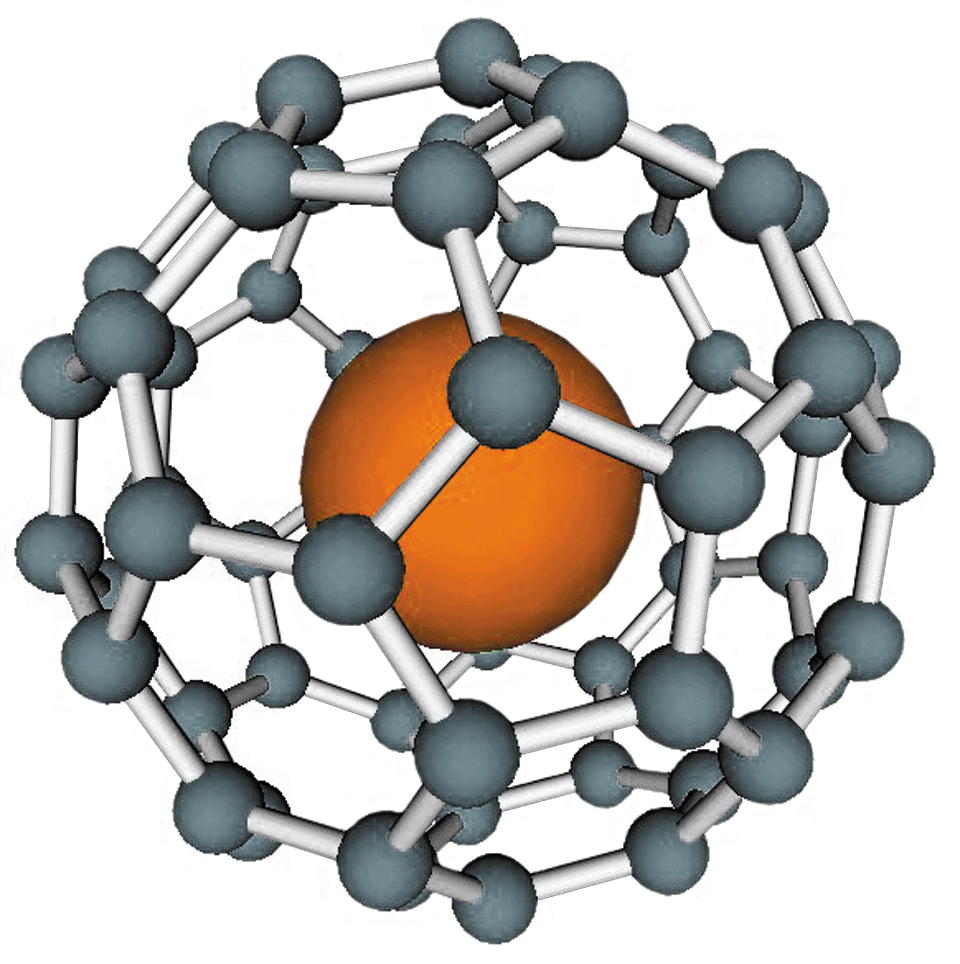 Breaking news since our item “PT251: the ultimate mass murder” in Issue 49 suggests that the biggest crisis to ever afflict life, the Permian-Triassic boundary event (PT251), was triggered by a comet colliding with Earth 251 million years ago.

The evidence is new and compelling. It is a distinctive chemical calling card that only an extraterrestrial visitor could bring: a rare gas with a very telling isotopic composition (helium-3), trapped within large, spherical, gas­-tight, pure carbon molecules that are known as buckminster-fullerenes, or buckyballs for short. As yet unrecorded from New Zealand, buckyballs have been found at the Permian-Triassic boundary layer in China, Japan and Hungary.

Named after Buckminster Fuller, the American architect who invented the geodesic dome, fullerenes have at least 60 carbon atoms which are arranged in structures that resemble a soccer ball, or Fuller’s famous dome. They are one of very few molecular compounds in nature that form spherical shapes.

The most important aspect of the recent discov­ery is the composition of the gas trapped inside the buckyballs. Helium-3 is one of just two isotopes of helium, and, although present in Earth’s atmos­phere, it occurs only in infinitesimal quantities. Normal helium, the other isotope, is vastly more abundant, although still a rare gas. (Isotopes are forms of an element which have identical chemical properties but a different atomic weight. Normal helium atoms—He4—have two protons and two neutrons; He3 has only one neutron.)

The abundance of helium-3 in buckyballs cannot be explained in terms of an Earth origin, because there is simply not enough of that isotope in the Earth’s crust. An origin within some extraterrestrial carbon-rich star, well beyond our solar system, seems most likely. In which case, how did these buckyballs get to Earth? They could only have arrived as fallout from a collision between Earth and an asteroid or comet.

Compared with asteroids, comets are generally rich in water (in the form of ice), gas and carbon. They also travel at about twice the speed of asteroids and consequently make a bigger mess when they hit the Earth. And, unlike asteroids, they tend not to generate exotic metal-rich dusts such as the iridium associated with CT65, the event that put paid to the dinosaurs 65 million years ago at the Cretaceous–Tertiary boundary.

It is generally accepted that there is no metal dust associated with PT251, and therefore that impact was most likely from a comet. The discovery of buckyballs with helium-3 trapped inside supports this view.

Comets, by their very nature, disappear, leaving little trace beyond the destruction they cause, but those minute vestiges seem to have been sufficient to unravel the mystery of PT251. Now the search is on to find the site of the impact, probably a buried crater of the order of 200 km in diameter, made by a comet about 10 km across.