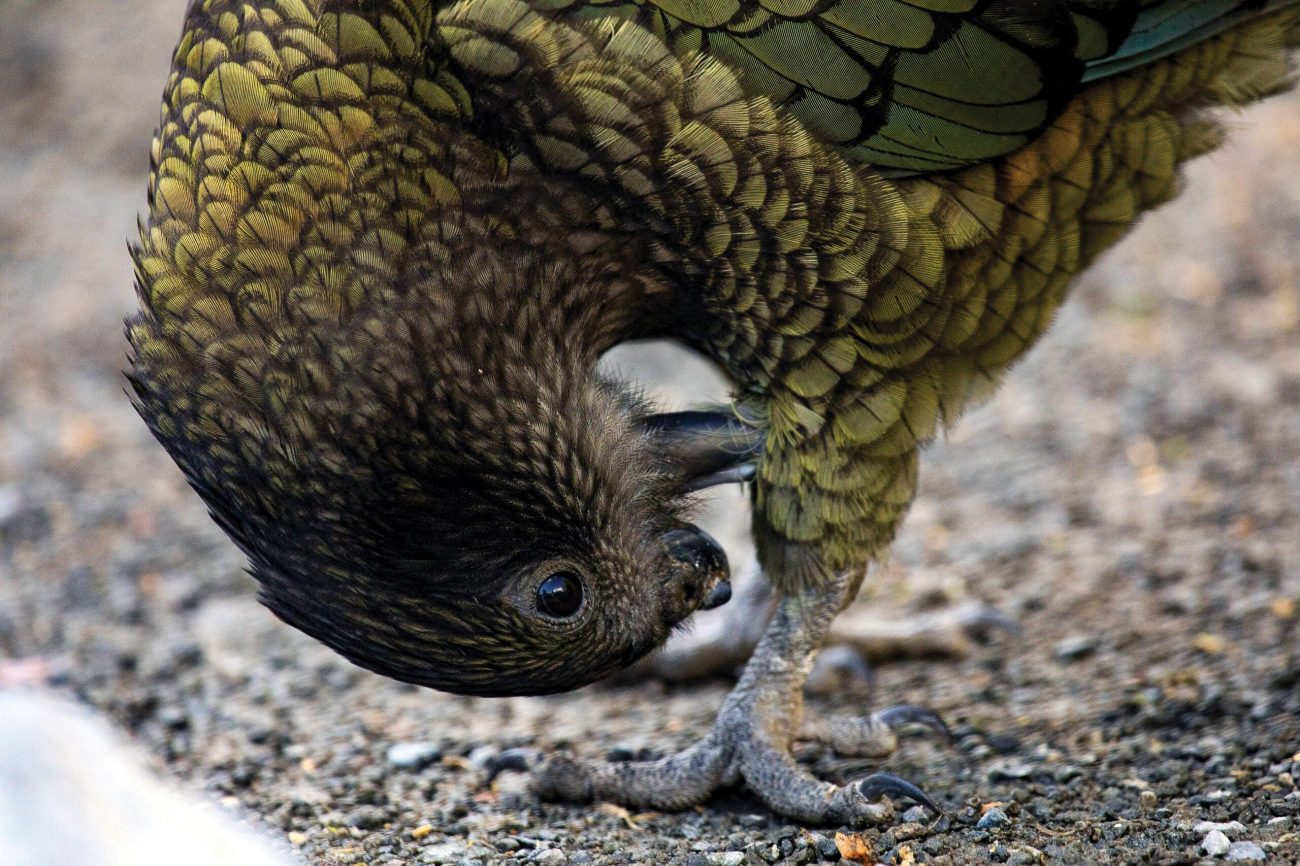 A disabled kea named Bruce has come up with his own tool for preening himself. Researchers gathered multiple lines of evidence to show the bird was selecting pebbles for use as a tool for self-care—the first time this has ever been observed in a parrot.

Bruce was found as a young kea in Arthur’s Pass with the upper half of his beak missing—probably due to an encounter with a pest trap. He ended up at Willowbank Wildlife Reserve in Christchurch, where he learned to hold food between his tongue and lower bill, pressing it against hard objects to help him eat it. In 2019, researchers noticed he’d come up with a new innovation: a way of preening himself despite his missing beak.

First, Bruce searches for the perfect stone. He rolls it around in his beak for a while to get it lined up correctly, and then he uses it to preen, grinding it against his olive-and-scarlet feathers in order to remove parasites and dust.

University of Auckland researchers, including lead author Amalia Bastos, spent 20 hours over nine days camped outside Bruce’s enclosure, their eyes fixed on the parrot, in order to establish whether his tool use was deliberate or accidental.

They found that 90 per cent of the time, when Bruce picked up a pebble, he used it to preen. If he happened to drop it, he retrieved it 95 per cent of the time, or found another one before continuing his routine. (They also observed the 14 other kea in the aviary for the same length of time. No other bird used pebbles while preening.)

“We have a lot to learn from Bruce,” says Bastos. “He has a serious disability compared with other kea with their massive, powerful beaks, and he’s come up with this innovative way of dealing with his situation.”