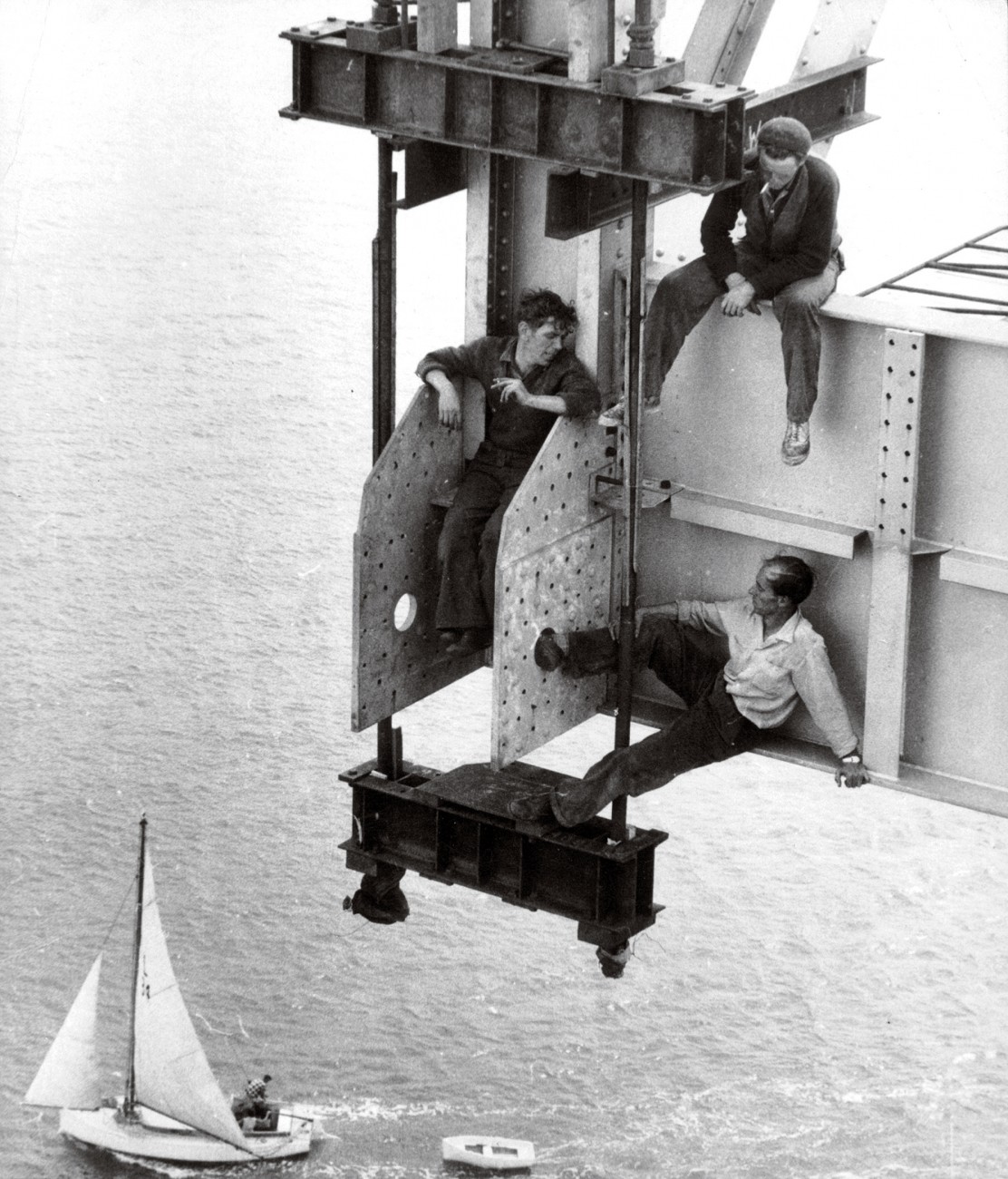 These days Aucklanders tend to refer to “the bridge” with exasperation, it being the structure that represents all that is wrong with living in a big city in which there are too many cars and not enough roads. It is Auck­land’s iconic bottle-neck; when commuters talk about “getting over the bridge”—usually in a tone of great resentment and accompa­nied by a sigh—they are imagining spending an hour or so of the day inching along, not just over the bridge, but for several kilome­tres leading up to it.

But this is not a structure that should be taken for granted. After all, the idea of linking the North Shore with the rest of the city was first mooted by a group of North Shore farmers back in 1860, but it wasn’t un­til 1951 that the Auckland Harbour Bridge Authority was established to get the project off the ground, and it took another three years before a loan of £5,002,000 was ap­proved to pay for it. Two men lost their lives during its construction, and several people lost their homes to make way for it.

Week-long celebrations marked the com­pletion of the four-lane steel truss cantilever bridge, beginning on May 25, 1959, with a public walk during which 106,500 members of the public streamed across the Waite­mata. It was formally opened by Governor-General Lord Cobham on May 30, followed by a fly-by of the Royal New Zealand Air Force, a firefighting display from Harbour Board tugs and fireworks being set off from a barge. Within 24 hours of the 3pm open­ing, more than 34,000 vehicles had made the trip across the bridge.

But, as noted by Renee Lang in Auck­land Harbour Bridge: 50 Years a City Icon, it was the “cavalcade of progress” on June 1 that drew what was es­timated to be the city’s biggest-ever Auck­land crowd, a parade involving veteran cars (including one driven by the oldest licensed driver in the world at the time, Mr W. Reid of Herne Bay), motorcycles, various bands, floats and horse-drawn vehicles. Life on the bridge had already begun as it would carry on: several of the old cars broke down, traf­fic soon banked up all around the city and cars within the immediate vicinity were reduced to travelling at less than two kilometres per hour.