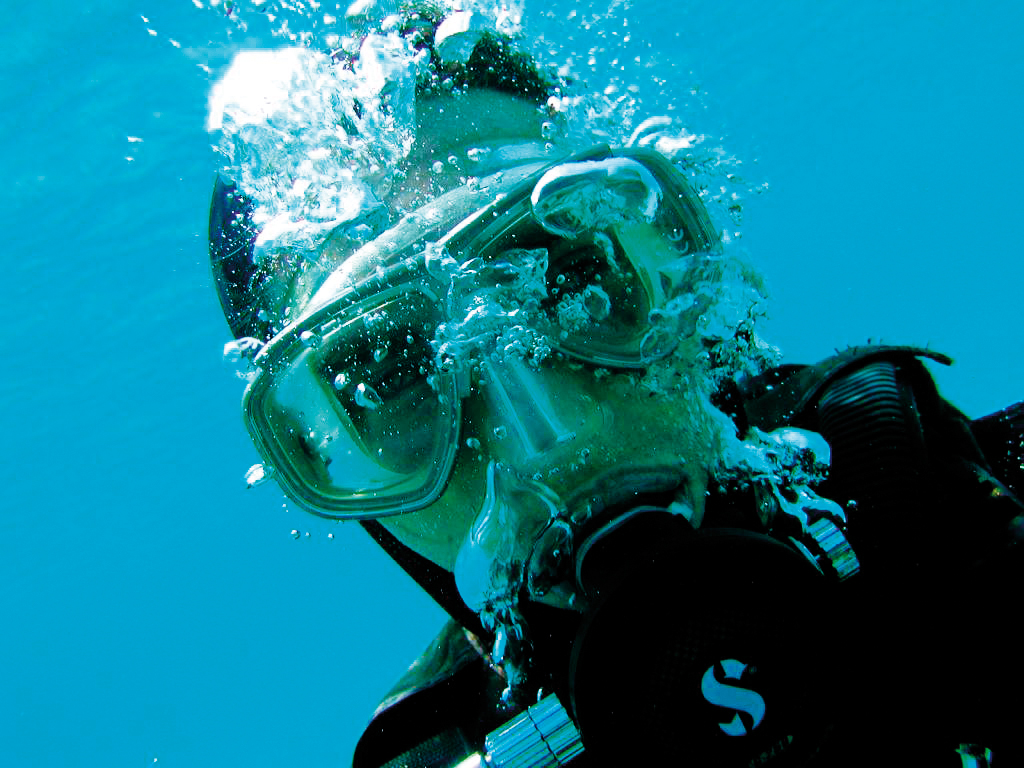 The first scuba dive of my life was at the Poor Knights Islands. I sat on the sand bottom at 15 m, puffing away on my regulator like a man brooding on a pipe. Schools of trevally whirled overhead and seaweed offered a dramatic Mexican wave, like a standing ovation to marine life.

It felt like a dream, like reality had been suspended and I had been allowed to slip quietly into a parallel universe of flexible physics an environment where I was weightless, where strange creatures of luminous design flittered about regarding me, an imposter, with a little suspicion, but mostly indifference. And yet I could breathe freely, blowing shimmering clouds of bubbles that scattered chaotically toward the surface.

Though I had snorkelled all my life, and have done a hundred scuba dives since then, that first experience at the Knights is seared into my memory in particularly lucid detail. My interest in life below the waterline began on that day, the day when I saw an environment that I could not have imagined.

On snorkel I had never managed more than a quick poke around at that depth, but scuba allowed me to put my feet up, to recline in the sand on my bottle of air and watch the submarine world go by.

By contrast, William Trubridge has been comfortable sitting on the seafloor at 15 m since he was eight years old, without a tank. With what appears to be superhuman effort, he has gradually eked out his oxygen, relaxed his muscles and mind to the point where he can hold his breath for eight minutes, or dive to 100 metres a hectometre on a lungful of the stuff I crave every few seconds.

All complex life is defined by the cellular respiration of oxygen. But researchers have found anaerobic microorganisms that use chlorine instead. As Dave Hansford explains in a new department, Life, almost every element once thought to be a requirement for life can be replaced with alternatives, and many have been in Earth’s most extreme environments.

Just as Trubridge has pushed out our expectations of human endurance, the diversity and resilience of life on Earth is redefining the form it might take on other planets structures of life as unimaginable as that I witnessed the first time I slipped below the thin veil of the waves.