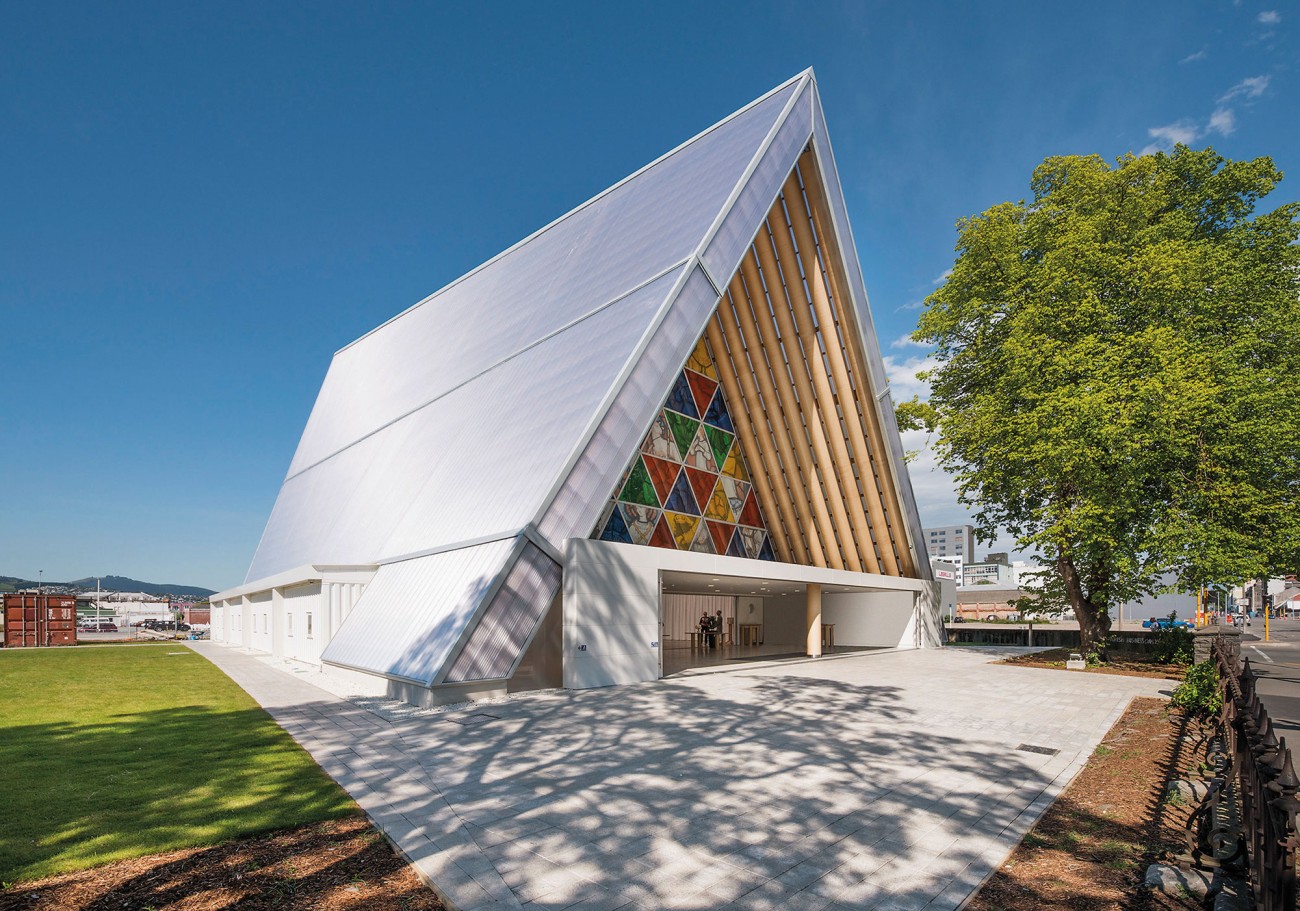 Shortly after the  February 2011 earthquake brought down Christchurch Cathedral’s bell tower, staff member the Rev Craig Dixon came across a brief mention of Shigeru Ban in a magazine. The Japanese architect was making a name for himself building temporary emergency structures out of unlikely materials. Among his works: a church for quake-damaged Kobe which, said the magazine, was significant not because it was quick to build, but because “its beauty among the wreckage was a sign of hope, and brought the community together”.

Dixon approached Ban for help in designing a stand-in Anglican cathedral for Christchurch, and the architect immediately offered his services at no cost. The result was a six-storey structure of exquisite lightness, fashioned largely from industrial-strength paper tubes, shipping containers and translucent polycarbonate sheets.

It is undoubtedly true, as Andrew Barrie suggests in Shigeru Ban: Cardboard Cathedral, that Ban is one of the biggest names in international architecture ever to work in New Zealand (this year, he received the most prestigious award in architecture, the Pritzker Prize). More importantly, as Barrie also claims, the cardboard cathedral is likely to gain global recognition as one of this country’s most architecturally significant buildings.

“The old cathedral was an essentially European building; the new one is essentially Pacific,” notes architect David Mitchell in the book’s afterword. “Some day we might see the Cardboard Cathedral as an architectural lighthouse, and thank Shigeru Ban for pointing us away from one past and into another.”

Published on the first anniversary of its opening, the beautifully produced Cardboard Cathedral is a fitting celebration of this symbol of Christchurch’s rebirth.