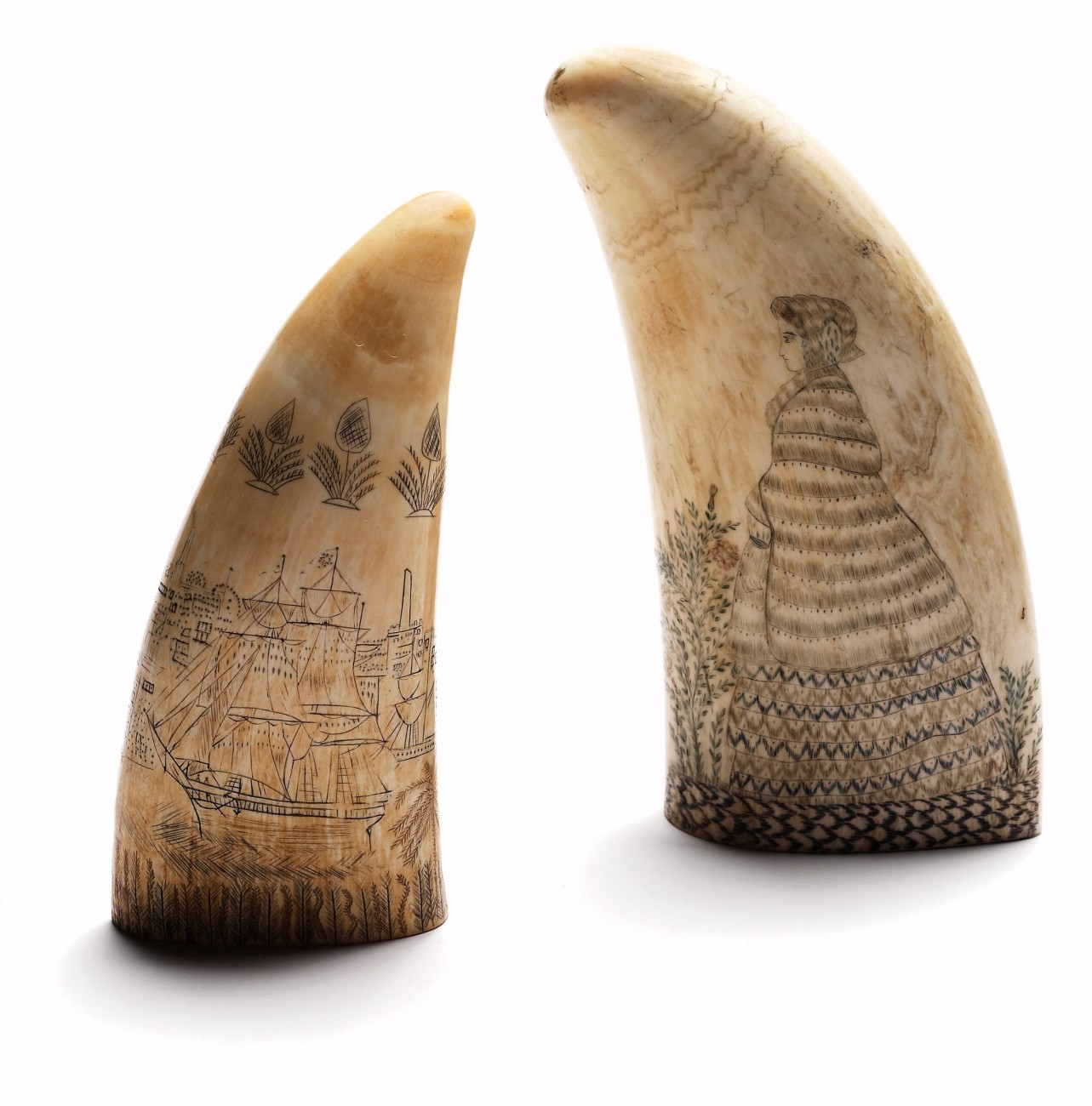 The impression we have of adventure on the high seas—hair-raising storms, pirates and strange new lands—was not all that it seemed for whalers in the 17th century. The biggest challenge was boredom.

Scrimshawing was a popular way to pass the time. Perhaps derived from the old English word “scrimshanker”, meaning time-waster, it was originally a term for any kind of handicraft made at sea. But at the height of whaling in the early 1800s, it became closely associated with carving whalebone—and the industry provided literally piles of raw material.

Mariners would meticulously scribe lines into the bone with a knife, sailmaker’s needle, nail in a peg or, according to Herman Melville in Moby Dick, “little boxes of dentistical-looking implements, specially intended for the skrimshandering business”.

Calm seas and artistic skill enhanced the final product, which is helpful in distinguishing between original pieces and new ones—modern artists, with their stable set-up and sharp tools, can make items that are much more finely crafted than those fabricated on a storm-tossed 17th-century whaler with a flailing jack-knife. (“Fakeshaw” can still be pretty deceiving, however, and has been sold for small fortunes.)

As well as whalebone and baleen from southern right whales, sperm whale teeth were popular canvases. A cutting spade was used to loosen the 50­ odd teeth from the gargantuan lower jaw on deck, then a pulley system applied to “drag out these teeth, as Michigan oxen drag stumps of old oaks out of wild wood-lands”, as Melville described the scene.

Scrimshanders would scrape off the tough outer layer of cementum with a knife, sand it with pumice, ash or sharkskin (called shagreen) and polish it with the palm of the hand. If the teeth had been left a few months after extraction, they would be too hard and brittle to work with, and soaking them in barrels of brine would soften them again.

Inspiration for the designs came from the whalers’ environment—ships, exotic lands, whales and mermaids—and also portraits of loved ones, for whom they’d also make scrimshawed gifts such as baleen pie crimpers and bodice stays. Often drawings on paper were used as a stencil for the designs, pricking holes through the leaf then joining the dots on the bone afterwards. After the carving was complete, soot from candles and lamps, ink or vegetable and tobacco juice was applied to provide colour and contrast.

As whales were abundant in New Zealand waters, our museums now hold many pieces that were gifted or traded when whaling ships stopped at our ports to resupply, especially at the peak of the industry between 1800 and 1860. Artefacts not traded locally were taken home to Europe as gifts and can now fetch tens of thousands of dollars at auction.