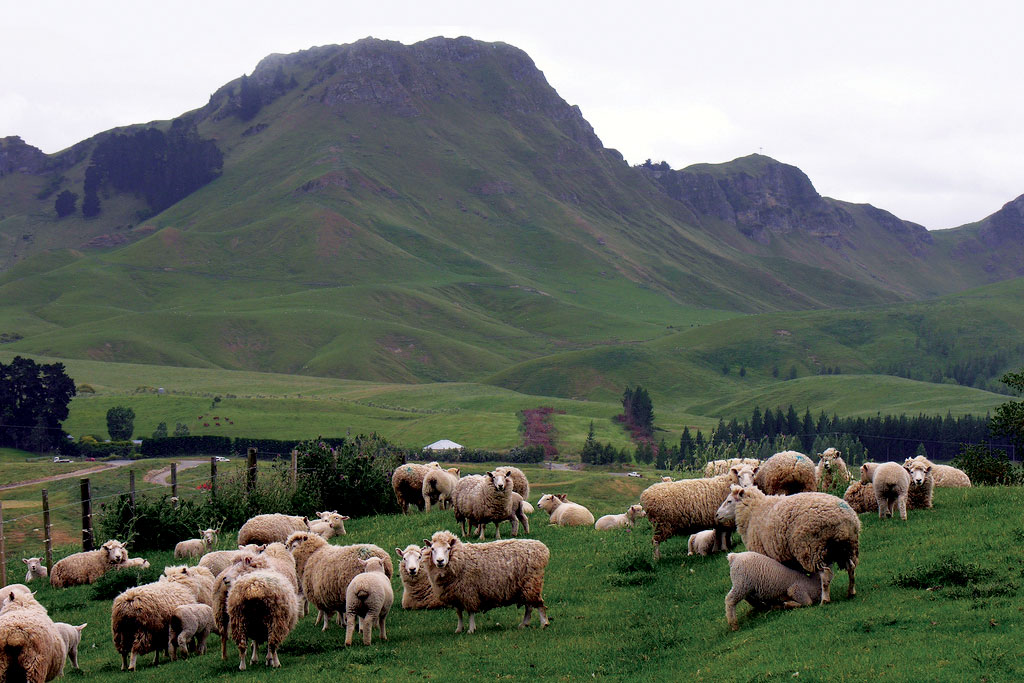 Te Mata Peak, on the outskirts of Havelock North, is Hawke’s Bay’s leading tourist attraction. You can drive up it, mountain bike down it, even paraglide off the summit. Its western side is crisscrossed with trails. So a new walking track up the eastern side of the peak, from near Craggy Range Winery to the summit, was surely going to be a winner.

But two weeks after the track was opened in early December, Craggy Range, which commissioned it on a piece of land it had bought specifically for that purpose, announced that it had decided to close it—in fact, to completely erase it from the hillside.

What happened? Craggy Range had resource consent for the track from Hastings District Council. The winery had employed a reputable track designer to do the work. It seems that after the track was completed, a few people looked at the hillside and thought, “Hold on a minute, what’s that zigzag scar?” One wag dubbed it “Mt Zorro”.

A petition was launched to have the track removed. The disfiguration of the hill was likened to open-heart surgery—though, visually, an involuntary tattoo is closer to the mark. This action riled a section of the Hawke’s Bay populace who saw considerable merit in the idea of being able to go up the previously untracked eastern face (and who have subsequently flocked to the track to walk it before it is removed). An opposing petition was promptly launched, saying the track was a great asset and should stay where it is.

Probably the determining factor in the decision to remove the track was the ire of Ngāti Kahungunu, for whom Te Mata is the physical embodiment of their founding ancestor, Rongokako. His presence on the skyline is a constant affirmation of who they are as an iwi. Kahungunu’s chairman, Ngahiwi Tomoana, pointed out that Craggy Range had asked the iwi to bless its site when the winery opened in 2003, so why had it not discussed the track with them? “Was this a case of doing something and apologising later?” he asked. “That doesn’t work with us any more.”

If the iwi was kept in the dark, so, too, was the district council’s Māori committee, along with most of its councillors. The problem seems to have been that the resource consent application for the track was not publicly notified. The council wasn’t obliged to do so, but given that Te Mata Peak is formally recognised as an Outstanding Landscape Character Area in the district plan, and informally understood to be a sacred site, someone in the council should have twigged to the fact that there would be strong public interest in such a project.

Public interest in landscape protection is increasing, and the emotional attachment of people to landscape is growing. Consider the outcry over dairy conversions in the Mackenzie Country or salmon farms in the Marlborough Sounds, or over the decline in freshwater quality throughout the country. The relative moral weight accorded to private rights and public interests seems to be shifting. The public wants a say in how land is used by private enterprise when the impacts are felt by other people. Communication and consultation are not optional. The public is no longer content to become aware of development projects when they are faits accomplis.

As the country’s commitment to bicultural partnership grows stronger, Māori sensibilities about landscapes as cultural taonga are going to become more significant in land-use decisions. We’ve already witnessed change here, most notably the declarations of the personhood of Te Urewera, Whanganui River and Mt Taranaki. These big-ticket recognitions are making possible similar shifts in understanding for other landscape features. Many climbers, for instance, will no longer stand on the highest summit of Aoraki out of respect for its ancestral importance to Ngāi Tahu.

A similar trend is happening in Australia. Late last year, it was announced that climbing Uluru/Ayers Rock would cease in 2019—an outcome that has been sought for decades by the traditional owners. The most interesting aspect of that decision is the rapid decline in the number of visitors climbing the rock, as people have become aware of how deeply offensive doing that is to Aboriginal people.

In Te Mata’s case, some of the track’s supporters have scoffed at the idea that the hill remains sacred to Kahungunu. In their mind, the existing recreational amenities have neutralised or destroyed any sacredness. But that assumed divide between using a place and revering a place is a narrowly Western mindset. Spiritual connection and public access do not necessarily exclude each other. In fact, many philosophers argue that to participate fully in the places we inhabit requires spiritual, emotional and physical engagement.

Indigenous worldviews such as those of Māori and Aboriginal Australians provide inspiration for a richer relationship to place. For Aboriginal people, spiritual, historic and economic dimensions of landscapes are not mutually exclusive categories, writes anthropologist Nancy Williams. “They are complementary and reinforcing modes of perceiving and using land and natural resources.”

For 21st-century New Zealanders, so often caught up in polarised resource-use battles—conservation vs development, ecology vs economy, nature vs culture—that kind of complementarity offers a path to resolution of hitherto intractable conflicts. That journey—or let’s call it a track—begins with better communication, more inclusive decision-making, broader measures of valuation and new myths of belonging.