In the last week of December 2001, smoke from the New South Wales bushfires drifted across the Tasman Sea and spread over parts of the North Island. Atmospheric visibility around Auckland, usually 40 km or more, fell to below 10 km. By day the smoke appeared as a milky blue haze because all the large particles of ash had fallen to the earth close to the fires, leaving only the smallest particles suspended in the air. The reds and yellows of sunrise and sunset were enhanced and lasted longer, with shades of brown added in. The moon, in particular, appeared yellowy red instead of its usual silver colour.

The arrival of the smoke is a reminder that although Australia seems a long way away, the wind is capable of carrying many things across the 2000 km that separates us from our neighbour. Microscopic mineral particles from Australian dust storms have been found on the snowfields of the Southern Alps. Pollen from Australian trees has been found in New Zealand peat swamps. Fungal spores must have crossed the Tasman on the wind, as outbreaks of wheat rust and poplar rust in New Zealand have followed a couple of months after outbreaks in Australia.

Insects have also made the trip. Australian butter­flies have turned up here (to say nothing of several Australian bird species that have established in this country) and an invasion of grain aphids in Canterbury followed a very severe outbreak in Victoria in 1967.

Westerly winds are clearly part of the meteoro logical recipe that brings all these gifts—wanted or not—across the sea. A lifting mechanism is also needed at the Australian end to loft the hitchhikers up off the ground. One of these mechanisms is likely to be the updraughts known as thermals that arise because of the way dark surfaces heat up faster in the sun than pale surfaces. The air over a dark surface, such as asphalt, is heated more than adjacent air over a lighter surface, such as grass. The wanner air is less dense, so it rises up through the cooler air like a giant bubble, carrying its cargo of dust, pollen and insects with it.

Other lifting mechanisms include turbulence associated with strong winds and the lifting of warm air by cold air in frontal processes.

A free ride on the breeze can be short-lived if there is rain about. The best clear skies always come after heavy rain has washed the sky clean of dust and haze particles. In fact, heavy burdens of dust can colour the rain red and splatter surfaces with mud. Large amounts of pollen have caused yellow rain in some places. Rain also knocks down insects very rapidly, and hailstones have been found with insects encased within them.

Once across the Tasman, the riders on the wind need a way to get down to the surface. Rain may indeed do the job for dust and pollen, but insects need a dry staircase from heaven if they are to survive. Large eddies caused by the westerlies humping into our mountains seem to facilitate descent, and it is possible that some insects actually fold their wings and dive once they sense they are over land.

Some insects, instead of risking the hazards of riding the wind, take the safer option of hitchhiking on aircraft. This seems to have been the case with a nest of red imported fire ants (RIFA) found at Auckland Airport in March 2001. Fire ants are an unwelcome visitor to this country. Not only are the individual ants capable of delivering a nasty sting, similar to that of a bee or wasp, but also the colony swarms if disturbed. So if you bump into a nest you are likely to be stung not just once, but dozens or hun­dreds of times.

Fire ants feed on insects and birds’ eggs and can kill small animals such as lizards. They are also very aggressive competitors, and might be capable of overwhelming and replacing the existing ant species in New Zealand, none of which sting or exhibit swarming behaviour.

RIFA originate in the swampy Pantanal area of Brazil, Paraguay and Argentina. They have been established in parts of the southern United States for decades, where they have a track record of destroying electrical wiring, eating seeds and damaging fruit crops. The state of Texas alone spends $US200 million a year on control measures.

RIFA have recently secured a foothold in Australia, with more than 700 nests being found in 36 Brisbane suburbs. One family had 47 nests in their backyard.

According to Keith McCubbin, director of Queensland’s Fire Ant Control Centre, the ants will attack anything that’s on the ground. He describes RIFA as “the pest from hell” and says the ants could com­pletely change the way Australians use the outdoors. Thongs (jandals), for example, could become a thing of the past.

A fund of $A123 million has been set up to try to eradicate the ants. It is estimated that without control they could spread over 600,000 sq. km in 30 years, causing more than $A6 billion in damage.

The good news for New Zealand is that we may have got to the recent fire ant arrival in time. Once the ants were discovered—by a gardener mowing the lawn—the Ministry of Agriculture and Forestry (MAF) de­stroyed the nest. From the number and size of the dead ants MAF was able to deduce that the nest was likely to have been in the ground for between nine months and two years—time enough for it to have matured and sent out mated queens to start new colonies. So MAF Biosecurity meticulously searched an area within a 500 m radius of the nest. No more fire ants were found although over 1000 nests of endemic ants were found in the area.

Bait traps were also laid in the area, as well as at all garden centres within a 5 km radius and at places shipping containers were unloaded. These measures covered ants walking away from the colony, as well as any hitching a lift on a local vehicle.

That left the problem of aerial dispersal. Here MAF called on the expertise of atmospheric modeller Richard Turner and his colleagues from the National Institute of Water and Atmospheric Research (NIWA).

From overseas research it was known that the environ­mental conditions necessary for mated queens to fly off were temperatures exceeding 24°C, with relatively light winds after a rainy and damp period of 48 hours. The days when these conditions had been met were identified from a climate database. Then, for each of these days, a fine-scale computer model of the lower atmosphere was run to determine the flight paths of any queen ants that took off on those days. The ants are poor fliers, and essentially go where the wind takes them.

Once the areas at risk were identified, MAF Biosecurity distributed fact sheets to all households within those areas, describ­ing the appearance of the ants and their nests. (The fact sheet and other informa­tion about the ants can be found on the MAF website www.malgovt.nz/fire-ants). A mail drop had already been undertaken to all households within 5 km of the nest.

In all, around 100,000 fact sheets were distributed, not just to households but also nationwide to doctors, veterinarians, pest-control operators and various other groups. “We can never have enough eyes on the ground,”says Amelia Pascoe, MAF’s programme coordinator.

The government has allocated $NZ 1.1 million to fund ongoing surveillance for RIFA in the areas at risk near Auckland Airport as well as at other international ports of entry. So far this summer MAF has found no new nests, but surveillance will need to continue for 24 months before this invasion can be declared over.

In that time, of course, more ants, or other insect pests, may have caught a ride on an aircraft or on the wind to get here. Next time you step out for a breath of fresh air, spare a thought for the fact that you are welcoming into your lungs a small stretch of an insect highway. 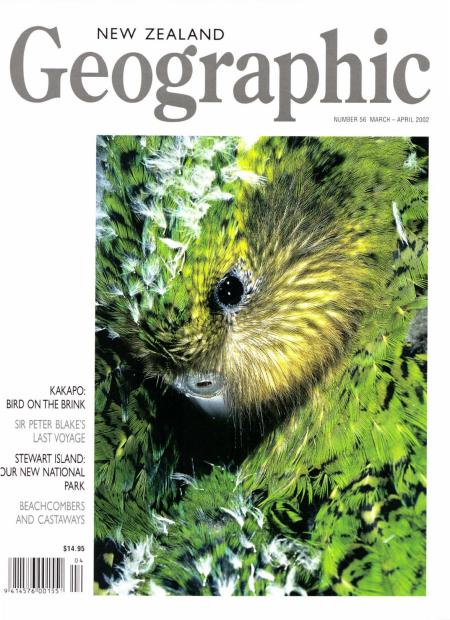