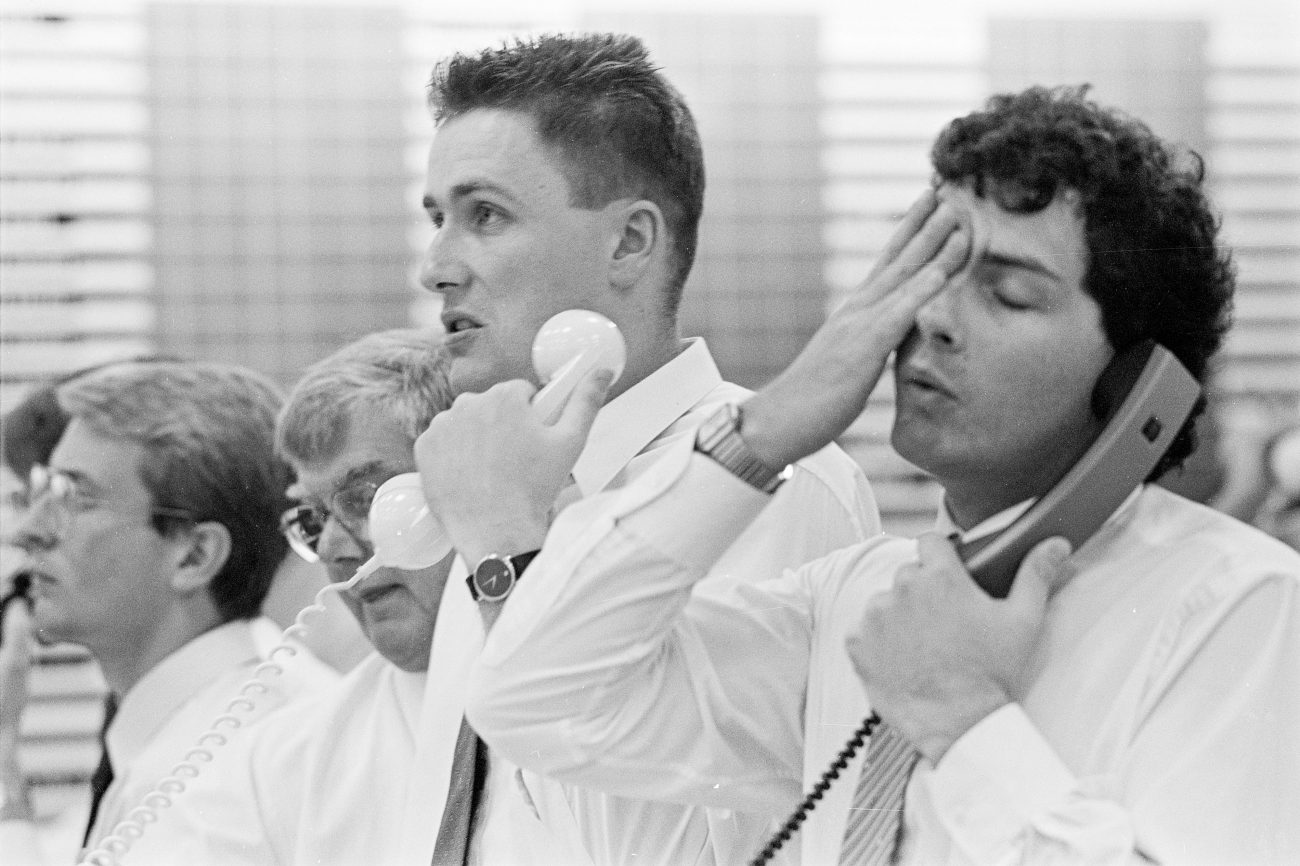 In 1980s New Zealand, fashion was flamboyant and confident—all power suits and Lycra—our cricket test side were on form, and local music had dropped into a golden groove. But economically, things were just plain weird. The disasters of Muldoon-era meddling had been followed by the risky experimentation of Rogernomics, and in the shadow of fiscal deregulation, out-of-control interest rates, and worsening unemployment, people of all description had embraced what the New Zealand Herald likened to a highly lucrative off-course betting substitute. It was called the New Zealand Stock Exchange, and for many it must have seemed a magic escalator to financial heaven.

Investment companies specialising in corporate takeovers listed on the stock exchange, raising money from the public to buy, and carve up, businesses struggling in the wake of a floated currency and the removal of import tariffs. These “corporate raiders” quickly became investment darlings, and their chief executives achieved celebrity status in the business press. In 1986, the National Business Review signalled the growing public fascination with easily gotten gains by publishing its first New Zealand Rich List. That year, in a sign of growing confidence, the Auckland exchange moved to state-of-the-art premises in the heart of the city’s business district.

Such was the pace of market activity that by September 1987, a record 309 companies were listed on the exchange. Trading activity had quadrupled in just 12 months and broking houses had hired inexperienced staff to cope with the workload. Insider trading ran unchecked, and investors increasingly resorted to margin trading—buying shares on credit.

Such was the frenzy of enthusiasm, sustained by soaring share prices, that by mid-1987, more than 40 per cent of New Zealand’s adult population owned shares. Some took out second and even third mortgages to fund ever-more-reckless investments.

In just five years, our market rose by 600 per cent, on the back of a sustained international bull market, far outstripping gains in other exchanges—in the United States, for example, Wall Street increased just 250 per cent over the same period. Yet this paper wealth had become increasingly divorced from the real-world earnings performance that supposedly underpinned the value of companies whose shares were so eagerly fought over on the trading floor.

Few heeded the warning signs, and when the hammer blow fell, on Tuesday 20 October, 1987, it hit unimaginably hard. Triggered by a sudden 22 per cent fall on Wall Street, the New Zealand Stock Exchange instantly went into meltdown. In just four hours, share values plunged by $5.7 billion as panicked investors jumped ship. By the end of Black Tuesday, the market had fallen by 15 per cent. But it didn’t end there. Four months later, it was down almost 60 per cent from a peak that, by some measures, it has never reached since. By 1988, the country was in recession. Recovery was achingly slow. (Markets elsewhere proved to be more resilient; Wall Street, for example, regained its pre-crash levels by 1989.)

Perhaps the worst effect of Black Tuesday was that it pushed investors toward something equally risky and economically unproductive: property. In some ways that was a return to the speculative roots of colonial New Zealand. In 2022, as air is let out of the housing bubble, yet another correction looks to be under way. Recent dramatic hits to retirement savings caused by the pandemic, and then, as funds were beginning to recover, by Russia’s invasion of Ukraine, show that when it comes to investment, all bets are off.