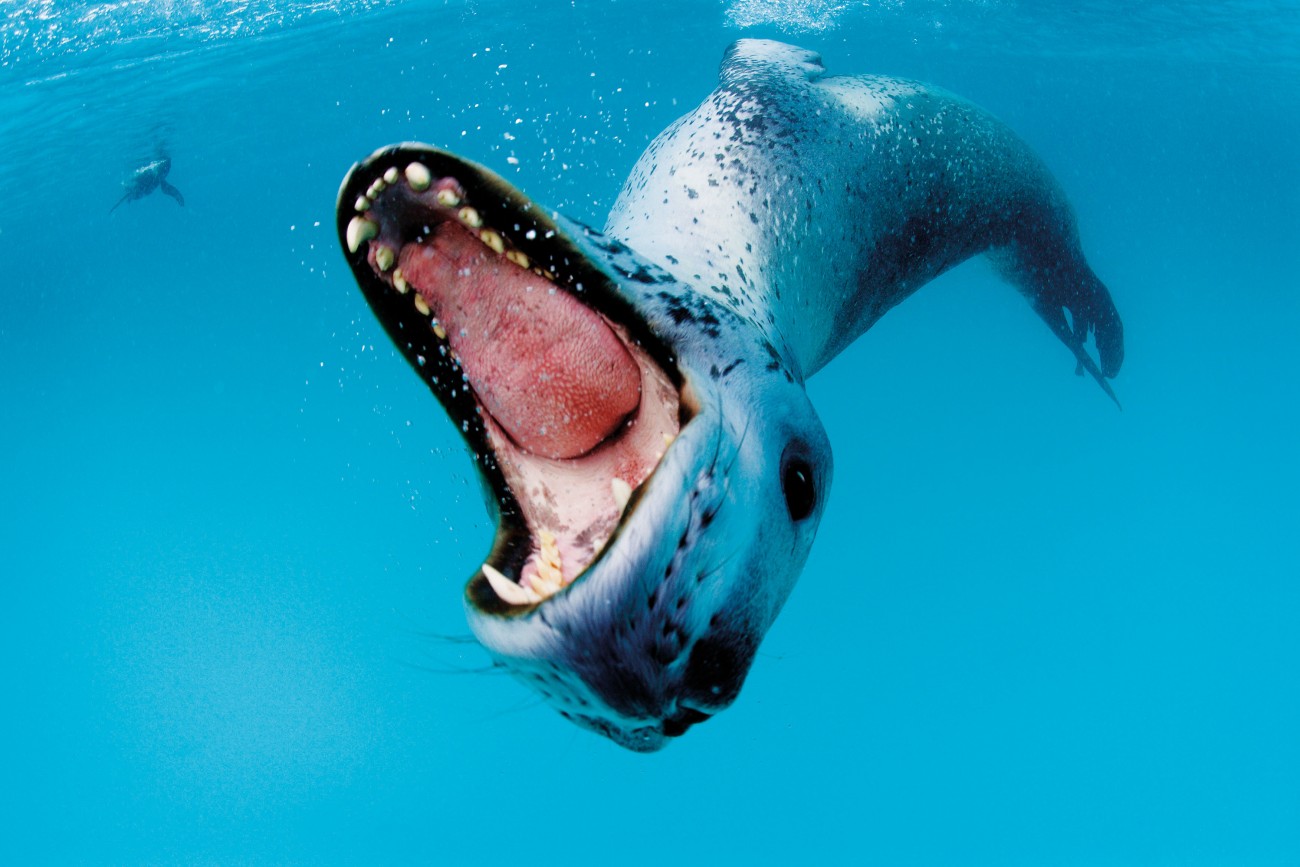 Because they lack teeth for chewing, they seize prey such as penguins, smaller seals or squid with their front teeth (canines and incisors) and shake the animal apart until it is in pieces small enough to swallow whole—the researchers describe it as a “raptorial ‘grip and tear’ feeding style”.

But another leopard seal food source, shrimp-like Antarctic krill, can be consumed only by filter feeding. The research team discovered that the seals use teeth further back in the mouth, the postcanines—delicate side teeth which have long, sharp cusps that interlock to act as a sieve, with spaces only a few millimetres wide. The seal draws in the krill and the water, and ejects the water through the teeth, leaving just the krill to be swallowed, in much the same way as a baleen whale eats.

Just how many of the five-centimetre-long crustaceans leopard seals can strain in one gulp is not known, but they have been found with some 100,000 krill in their stomach, so specialised dentition has given them the ability to augment their diet with a significant portion of very small prey, feeding from both ends of the food chain.