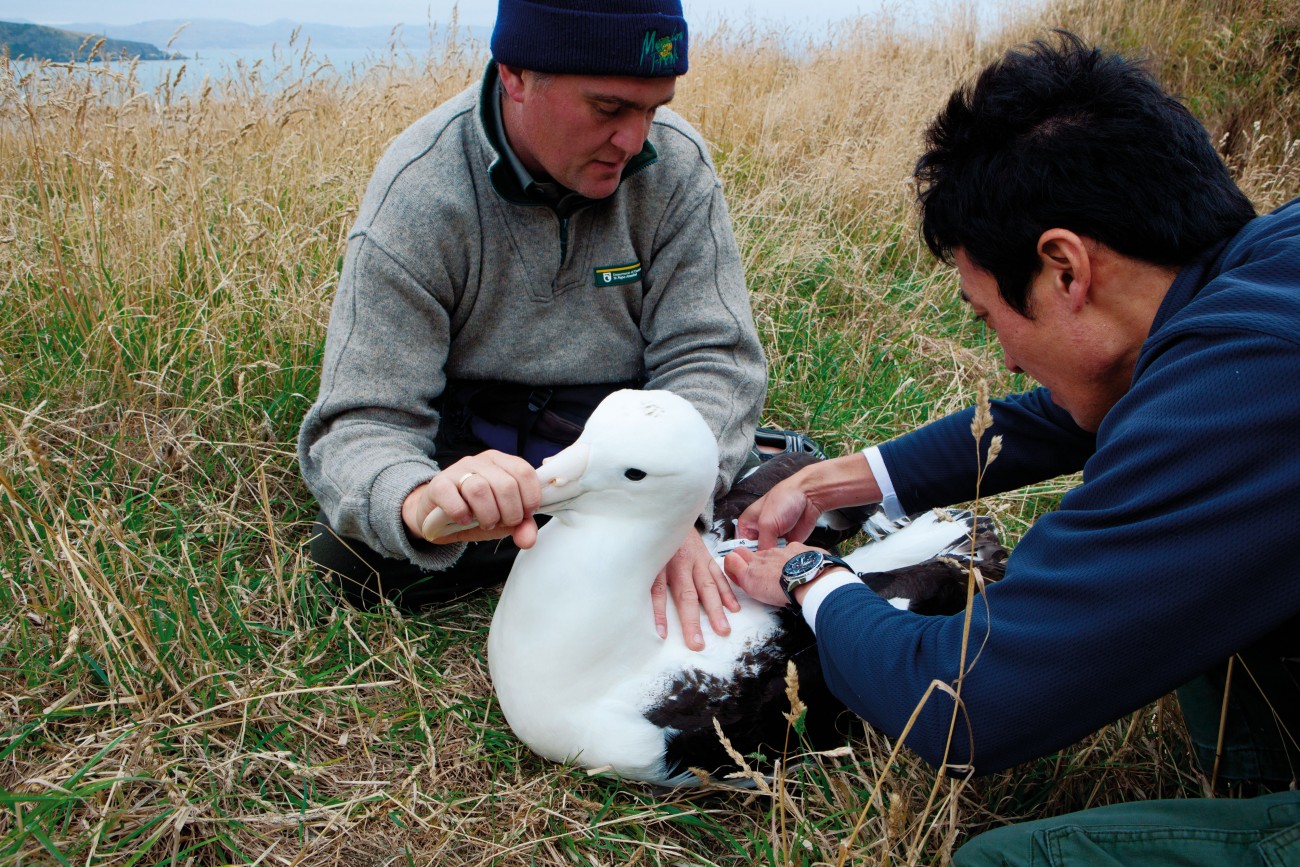 Longlining and trawling kill tens of thousands of seabirds each year in the Southern Ocean. The birds seize baited hooks that trail kilometres behind boats, are caught and drown, collide with cables, or entangled in nets. However, it is also possible that the cast-offs from the vessels represent a plentiful source of food that is advantageous to the birds overall.

Researchers have turned to the albatrosses themselves to clarify the relationship between the birds and the boats, especially during their 10-month, biannual breeding season.

Otago University PhD student Junichi Sugishita secured solar-powered GPS units to the backs of nesting northern royal albatrosses at Dunedin’s Taiaroa Head, and temperature loggers to their legs. The loggers on some of the birds will relay data back through cellphone networks to be plotted live on a Google satellite map with position data of fishing boats.

When birds and boats coincide, Sugishita will watch for rapid temperature drops that indicate when an albatross is feeding on the water. (Albatrosses cannot feed on the wing.) He hopes that the data will indicate whether the birds are actively targeting the baited hooks surrounding the boats themselves, or just following the vessels.

When not nesting, royal albatrosses forage as far afield as the coasts of Chile and Argentina for fish, squid, krill and salps, but their feeding patterns during the ten-month breeding season around Dunedin remains a mystery. Sugishita hopes that the transmitters will stay on the birds for nine months, so time will tell.