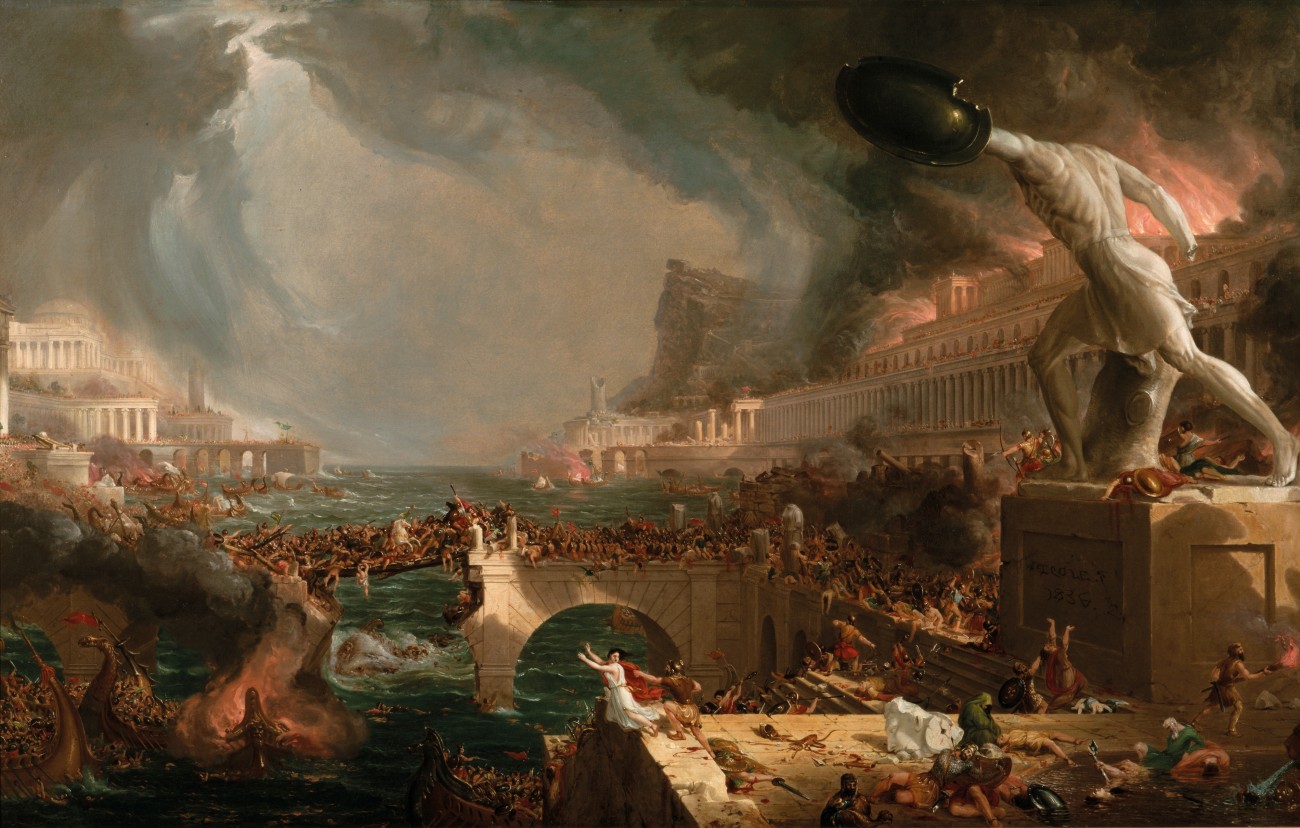 Predictions of the West’s decline are nothing new. Mindful of how the mighty Roman Empire had imploded, observers on both sides of the Atlantic have long watched for cracks in their own cultural enterprise. Oswald Spengler’s The Decline of the West, first published in 1918 was, however, the first book to systematically investigate why civilisations collapsed. More recently, in Guns, Germs and Steel, Jared Diamond explained the historical dominance of Eurasia largely in terms of ecology. For Diamond, the West owed its rise not to inherent superiority but to the distribution of plants and animals and other accidents of nature. Diamond was followed by Ian Morris, whose magisterial Why the West Rules—For Now, elevated the importance of geography. ‘Chaps’ are essentially the same the world over, argued Morris. Which just leaves us with ‘maps’ to make sense of history.

Jim Penman will have none of it. His new book, Biohistory: Decline and Fall of the West, proposes a new key to understanding the rise and fall of civilisations: temperament. The notion that economic and political systems reflect the prevailing temperament is not original; what Biohistory introduces is the idea that different temperaments have a biological basis—one that changes over time, defining our culture and determining our identity.

“Biohistory takes issue with the idea that differences between peoples can be explained by genetics, such as the idea that Europeans and East Asians are more intelligent,” says Penman.

Genetically, humans are very similar, he says. What makes the difference is the way in which genes are switched on or off by the environment.

“These epigenetic differences can make people more or less hard-working, rigidly dogmatic or open to change, peaceful or violent, timid or forceful, honest or corrupt, accepting or rejecting of brutal authority, and much more.”

Drawing on studies of animals, including baboons and gibbons, Biohistory shows that, among other things, food restriction lowers testosterone, reducing sociability and improving learning and the drive to explore. Importantly, it also makes people capable of impersonal loyalties, and this is profoundly important—large societies will be more stable if people are loyal to institutions (such as banks) and distant rulers they have no kinship ties to.

Successful societies are those that are able to mimic the effects of food restriction, even in times of abundance, says Penman. And one of the most effective tools for doing that is religion, with its emphasis on chastity, fasting and discipline.

“Scientists such as Richard Dawkins preach that religion is the outdated superstition of another age, without value or purpose in civilised times. But a better understanding of the science indicates that religion is the essential driving force behind human civilisation, which would not be possible without it,” says Penman. “Religious teachings not only help people to cooperate better in large groups, they create the very temperament that is needed if civilisation is to flourish. That is why the decline of religion is a danger sign for any society.”

But food shortage alone is not the full story. Dangerous environments in which food supplies are highly variable trigger further adaptive behaviour that proves useful to civilisation—chief among them aggression and a high degree of organisation.

Penman claims that biohistory is the first explanation for the rise and fall of civilisations able to be scientifically tested. However, the twists and turns needed to fit theory to historical events is not always convincing. According to Penman, World War I was largely caused by a surge of testosterone across a highly patriarchal Europe, combined with the transmission of anxiety from mothers to sons.

In support of this, he quotes Ernst Junger, whose Storm of Steel famously elevated war into a mystical experience. Buy why Junger and not fellow German Erich Maria Remarque’s harrowing All Quiet on the Western Front? Or any of the English war poets… all of whom have a contrary take on the meaning of war.

World War II produced another generation of “stressed infants” growing up in peace time, says Penman, and he is obliged to find their aggression both in the Vietnam War and in the “massive and often aggressive student protests” (calling them largely peaceful anti-war protests would not serve his purpose). Similarly, he views Tiananmen Square largely as “a further surge of student unrest”, rather than as an impulse toward democracy.

Economic and religious decline, a growing gap between rich and poor, disillusionment with politics, increasing obesity and infertility, and a loss of national identity all suggest to Penman that the West is in terminal collapse.

The remedy? Perhaps, says Penman, individuals could take a “supplement” to reactivate the triggers of civilisation that no longer work.

There is no doubting Penman’s seriousness of purpose, and Biohistory does offer valuable insights into human behaviour. But attempts to present it as a unified field theory of history inevitably weaken the argument. And the appeal to eugenics will, for some, make it a bitter pill to swallow.