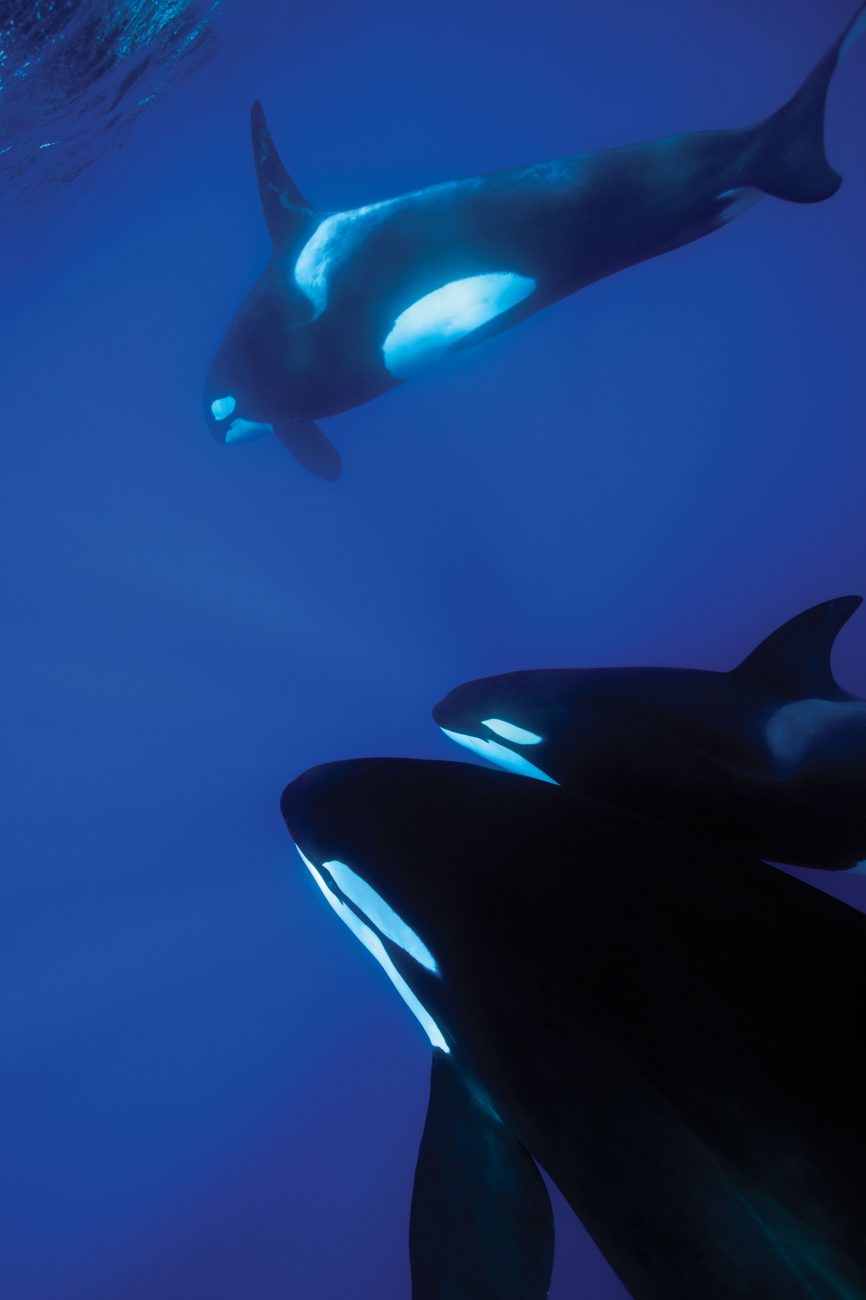 The attack is already underway when the researchers find the blue whale. A huge chunk of flesh has been ripped from its nose, its dorsal fin has been bitten off, and teeth rake scratches scar its body. Still, the whale tries to flee from its attackers. About a dozen orcas continue their hunt, and after 20 minutes, the whale is bleeding profusely. The end is near. Three orcas line up to deliver the fatal blow, ramming into its flank and forcing the whale under. One orca noses her way into the behemoth’s mouth and begins to feed on its tongue. Over the next six hours, around 50 killer whales converge on the 20-metre-long carcass for a blubbery feast.

This is the first authenticated record of orcas hunting, killing and devouring a blue whale, the largest animal ever to exist on Earth. The encounter was reported by researchers from Australia and the United States, alongside a further two instances of blue whale predation by the same group of orcas. Whale tongue appears to be an orca delicacy, with two of the three hunts featuring individuals targeting it.

Different orca groups often specialise in different hunting tactics: the resident orca population in New Zealand is known for stalking stingrays, while some in Antarctica are seal specialists. Orcas off the Baja California coast may also hunt blue whales, with video footage posted to the internet showing attacks—but no kills.