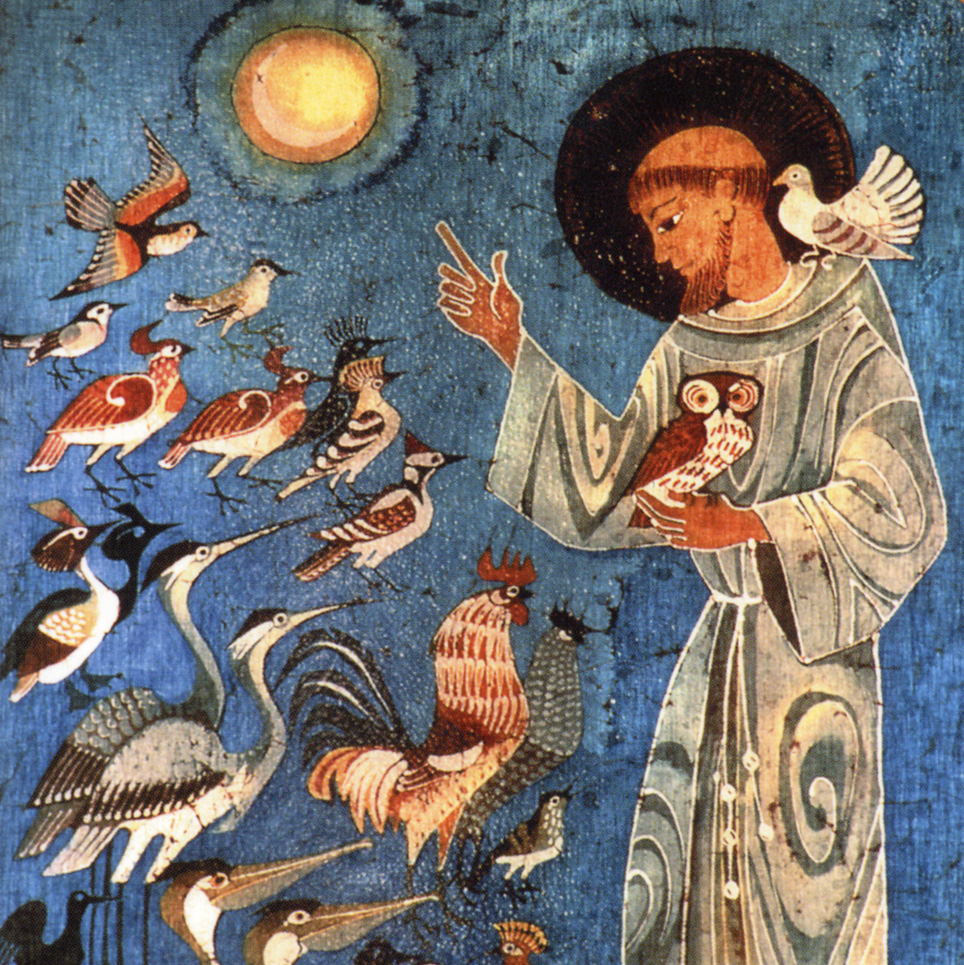 Fresh, but not new. The pope has taken pains to place himself within a long tradition of church thinking on the linkages between humans, God and nature, and he does so again in his 184-page missive.

He notes that his immediate predecessor, Benedict (who was called the “green pope” before Francis inherited that title), railed against the idolatry of placing humans at the centre of everything—”where we ourselves have the final word, where everything is simply our property and we use it for ourselves alone.”

Indeed, the pope uses those very words when he links environmental action and social justice: “We have to realize that a true ecological approach always becomes a social approach; it must integrate questions of justice in debates on the environment, so as to hear both the cry of the earth and the cry of the poor.”
(Boff, who was rebuffed and condemned to a year of silence by an earlier Vatican administration for his radical views on liberation theology, was invited by Francis to contribute his thoughts for this encyclical. With Francis, liberation theology is being rehabilitated and, in fact, given centre stage.)

The pope doesn’t draw only on Catholic tradition. He quotes with approval the words of Ecumenical Patriarch Bartholomew, spiritual leader of the Orthodox Church, concerning the inherent sacredness of earth. “It is our humble conviction that the divine and the human meet in the slightest detail in the seamless garment of God’s creation, in the last speck of dust of our planet,” wrote the eloquent patriarch.

Francis even quotes Sufi mystic Ali al-Khawas, who praises the manifold voices of earth that speak to the human soul—a language, the pope laments, that many people no longer understand, with tragic outcomes. “If we no longer speak the language of fraternity and beauty in our relationship with the world, our attitude will be that of masters, consumers, ruthless exploiters, unable to set limits on their immediate needs,” he writes.

As expected, the encyclical contains a strong call for international action on climate change, but that plea is embedded within a much broader call for a renewed understanding of human responsibility towards the earth—a responsibility signalled in the document’s subtitle: “On care for our common home.”

If there is one underlying refrain in “Laudato Si,'” it is the ecologists’ mantra: everything is connected. Francis links care for the environment with care for the soul and the cultivation of traditional virtues such as sobriety and humility. “It is no longer enough to speak only of the integrity of ecosystems. We have to dare to speak of the integrity of human life, of the need to promote and unify all the great values.”

Here, too, he echoes Boff, who wrote: “With this ethical concern of responsibility toward creation, ecology has moved beyond its early stage as a green movement or one to protect and save endangered species and has become a radical critique of the kind of civilisation that we are building.”

That radical critique has become the pontiff’s trademark.

In his 2013 apostolic exhortation, “Evangelii Gaudium,” he gave a clear indication of his environmental and political agendas. A particular target in that document was the idolisation of the free market and the subjugation of the earth and the poor. “Whatever is fragile, like the environment, is defenceless before the interests of a deified market, which become the only rule,” he wrote then.

This 2015 document likewise deplores the hubris of Western culture, and identifies its philosophical roots. Anthropocentrism—that old temptation, first offered in Eden: “You shall be as gods”—has led to “our unrestrained delusions of grandeur,” says Francis.

He dismisses the so-called dominion mandate, which conservative Christianity has used for centuries to validate exploitation of the earth, as theological error. On the contrary, he says, “the Bible has no place for a tyrannical anthropocentrism unconcerned for other creatures.” Out with dominion, in with stewardship is the pope’s admonition.

He gives stewardship the name “integral ecology.” This kind of connected thinking, he says, is made up of daily gestures “which break with the logic of violence, exploitation and selfishness” that lies at the heart of consumerist ideologies. “In the end, a world of exacerbated consumption is at the same time a world which mistreats life in all its forms,” he writes.

For we are confronted “not with two separate crises,” he writes, “one environmental and the other social, but rather with one complex crisis which is both social and environmental. Strategies for a solution demand an integrated approach to combating poverty, restoring dignity to the excluded, and at the same time protecting nature.”

It is good to see Francis exposing the myth of “balance,” the concept so beloved of political compromisers. “It is not enough to balance, in the medium term, the protection of nature with financial gain, or the preservation of the environment with progress,” he writes. “Halfway measures simply delay the inevitable disaster. Put simply, it is a matter of redefining our notion of progress. . . . In this context, talk of sustainable growth usually becomes a way of distracting attention and offering excuses. It absorbs the language and values of ecology into the categories of finance and technocracy, and the social and environmental responsibility of businesses often gets reduced to a series of marketing and image-enhancing measures.”

In fleshing out these ideas, Francis makes a few odd and clanging statements. For instance, before lambasting the “technocratic paradigm” that he says has caused humans to lose their bearings, he acknowledges the usefulness of “domestic appliances . . . transportation systems, bridges, buildings” and, oddly, “public spaces.” What did he have in mind? San Marco Square? And as an example of the “harmful habits of consumption,” he picks on air-conditioning. Really?

Some commentators have taken him to task for taking swing at carbon trading as a way of addressing runaway global warming. One can understand the pope’s fear that a carbon market may become a ploy to maintain the excessive consumption of the rich, but it may be premature to discount it from the suite of options for reducing greenhouse gas emissions.

Francis may be a little weak on the particulars of the stewardship-based world community he envisages, but he is wonderfully strong on the virtues of faith and hope needed to get there. He addresses with pastoral solicitude the feelings of inadequacy and pointlessness that many people feel when considering what they can do to repair the breaches of a damaged planet. “We must not think that these efforts [to act as ecological citizens] are not going to change the world,” he writes. “They benefit society, often unbeknown to us, for they call forth a goodness which, albeit unseen, inevitably tends to spread. Furthermore, such actions can restore our sense of self-esteem; they can enable us to live more fully and to feel that life on earth is worthwhile.”

Francis is at his best with this kind of exhortation. He makes it seem within the grasp of any of us to make a difference. And, time and again, he takes up what liberation theologians have long called God’s “preferential option for the poor.” He forces us to ask what our decisions mean for the disadvantaged and marginalised and for the generations yet unborn.

In one of his strongest passages, he writes that our common destiny “cannot exclude those who come after us.” Intergenerational solidarity, he writes, “is not optional, but rather a basic question of justice, since the world we have received also belongs to those who will follow us.”

What is the world we are bequeathing them? The pope is scathing: “We may well be leaving to coming generations debris, desolation and filth.”

Strong words from an energised world leader who is not shrinking from his role as not just a prophet for the people but a Lorax for the earth. And although “Laudato Si'” is at times relentless in its criticism of humanity’s wayward choices, the prevailing message is hope. When one feels most despondent, consider this, says Francis: “Rather than a problem to be solved, the world is a joyful mystery to be contemplated with gladness and praise.”