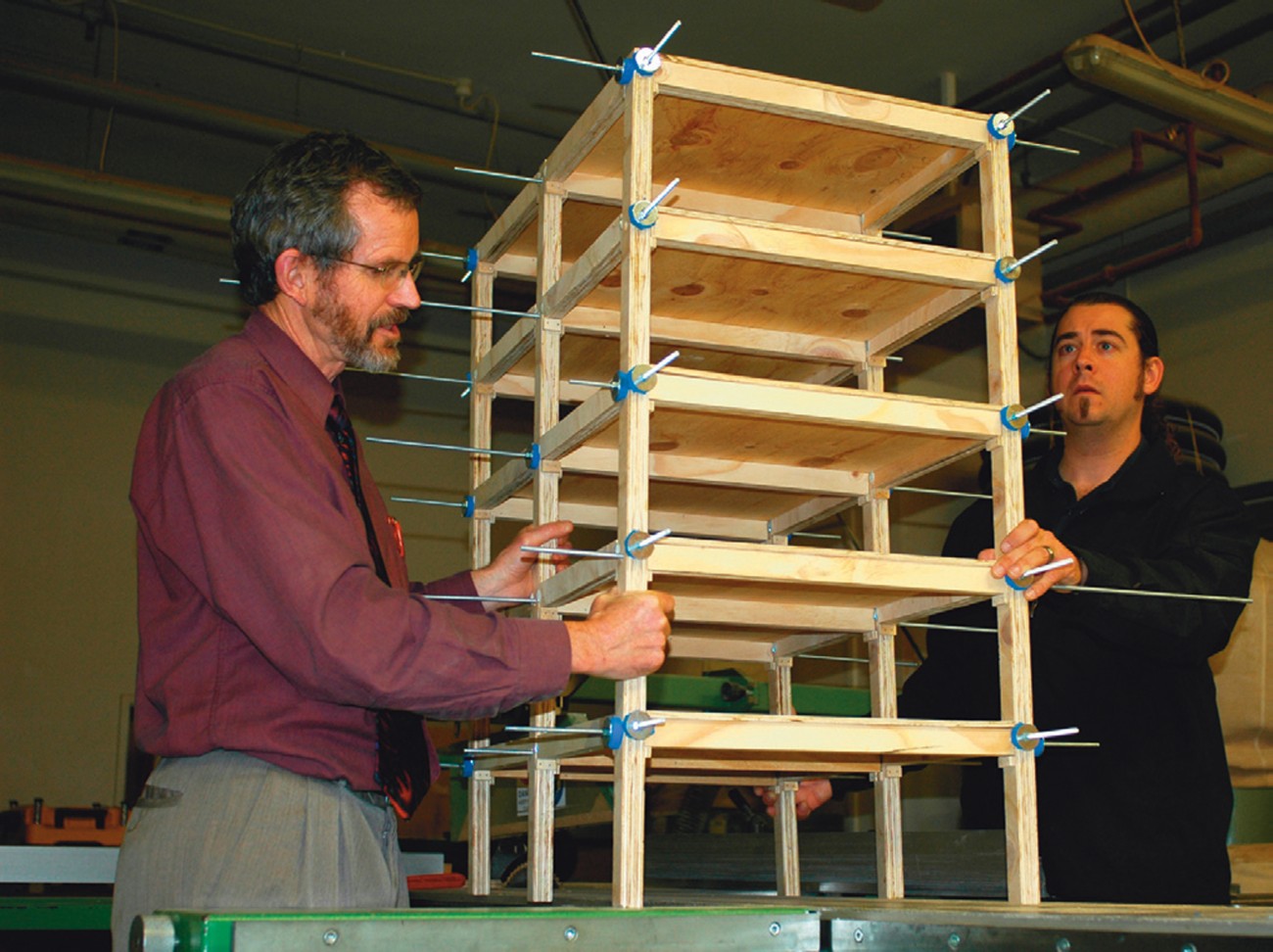 Concrete and steel buildings have a large carbon footprint, as the manufacturing of materials such as concrete, steel and aluminium produce high levels of carbon dioxide emissions. Wood, on the other hand, absorbs carbon dioxide when growing and the more of it that is used in a building, the lower the building’s carbon footprint.

Andy Buchanan and his team at the University of Canter­bury’s College of Engineering have been researching the mer­its of wood as the primary material in any building construc­tion. He compared the levels of carbon dioxide that would be embodied in the construction of a six-level office building using different materials. According to his results, a building primarily constructed of concrete would involve the emis­sion of 1275 tonnes of carbon dioxide in the manufacturing of materials used in its construction, one made of steel would involve 1591 tonnes, and one constructed out of timber just 607 tonnes.

However, Buchanan found that by increasing the wood content of the building even further—getting rid of the alu­minium window frames, using wooden partitions and wood­en cladding—he ended up with a building that was effective­ly a carbon sink. That is, the carbon absorbed by the growing trees exceeded the carbon emitted making those materials, such as glass and concrete used elsewhere in the building. The finished structure therefore still had 308 tonnes of carbon dioxide locked up in the wood.

Buchanan and his team have recently turned their atten­tions to developing wood products that will have the proper­ties of other construction materials, such as earthquake resist­ance, insulation and acoustic performance.

The team have pioneered a technique of “pre-stressing” wood beams in the same way concrete beams are stressed af­ter placement. The wood, or laminated veneer lumber, looks like plywood but the grain runs parallel on each layer. It is being produced by Carter Holt Harvey Ltd and Nelson Pine Industries in a continuous process that results in an infinitely long slab, which is then cut into beams of the required dimension. The pre-stressing is achieved by inserting and tightening steel rods in internal ducts in each beam.

There are other benefits to be gained from wood. A cubic metre of it only weighs half a tonne. A cubic metre of concrete weighs in at two tonnes. Wood buildings, therefore, have lower mass, which leads to savings in areas like foundation design and earthquake damping. Less mass, or deadweight, further reduces the dimensions of beams, studs and other structural elements. This means that along with lowering the environmental impact of the building, it will also lead to reductions in the energy re­quired to make it, and maybe even the cost.