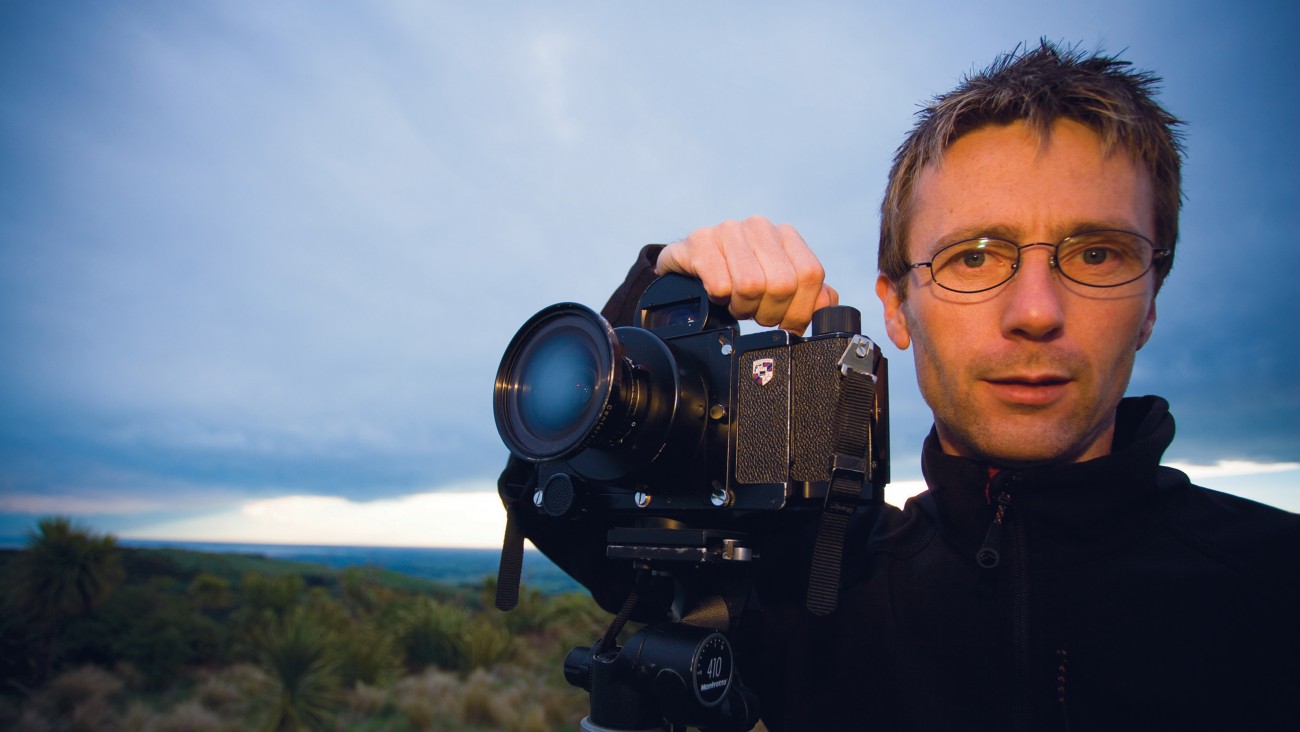 Shooting the Mackenzie Country assignment for New Zealand Geographic took multiple trips over a full year, and in that time Paul Daly experienced the full spectrum of southern weather, from bliz­zards to blistering nor-westers. “The Mackenzie has its own microclimate and it can be really difficult to predict the weather. Sometimes it comes over the Alps from the West Coast and at other times it blows in from the east, so I was never entirely sure what I was going to get.” His photographs fill this issue’s feature on the Mackenzie Country and will also be exhibited in Christchurch in mid-2009.

Daly’s first camera was a stolen one. Well, bor­rowed, from his mother, and it was 15 years before she got her beloved Yashica FX-3 back. But she had encouraged him in his photography, so per­haps the appropriation was to be expected.

It had some good Tamron lenses, but was oth­erwise an unexceptional manual SLR—the perfect tool for a developing photographic mind. Daly ex­ercised it in the mountains that surround the rug­ged Southern Lakes district, but it wasn’t until leav­ing school that photography turned from a hobby to an all-consuming passion.

It was the large format landscape work of South­land photographer Andris Apse that impressed him most. “He was capturing pure wilderness and showing New Zealanders where they lived,” says Daly. He bought a couple of second-hand large format cameras and started to come to terms with the new tools. “Shooting on film can be a real pain in the arse sometimes, but it’s also really reward­ing. When you put those big trannies on the light-box it blows people away. The colour, saturation, sharpness and depth are all there in their purest chemical form, without digital trickery.”

The necessary encumbrances of tripod set ups, film changes and even manual focus force him to take his time, to compose, to breathe, to contem­plate a shot before releasing the shutter.

“Everybody walks around their subject to find the right angle, all on a plane of 1.8 metres, but sometimes it’s important to climb above it.” Daly drags a stepladder around, so that he can get an­other view of the world. “It’s never as easy as just getting out of the car and setting up,” he says. “There will always be a better shot up the hill or across a river, but once it’s found, then it comes down to equipment and timing.”