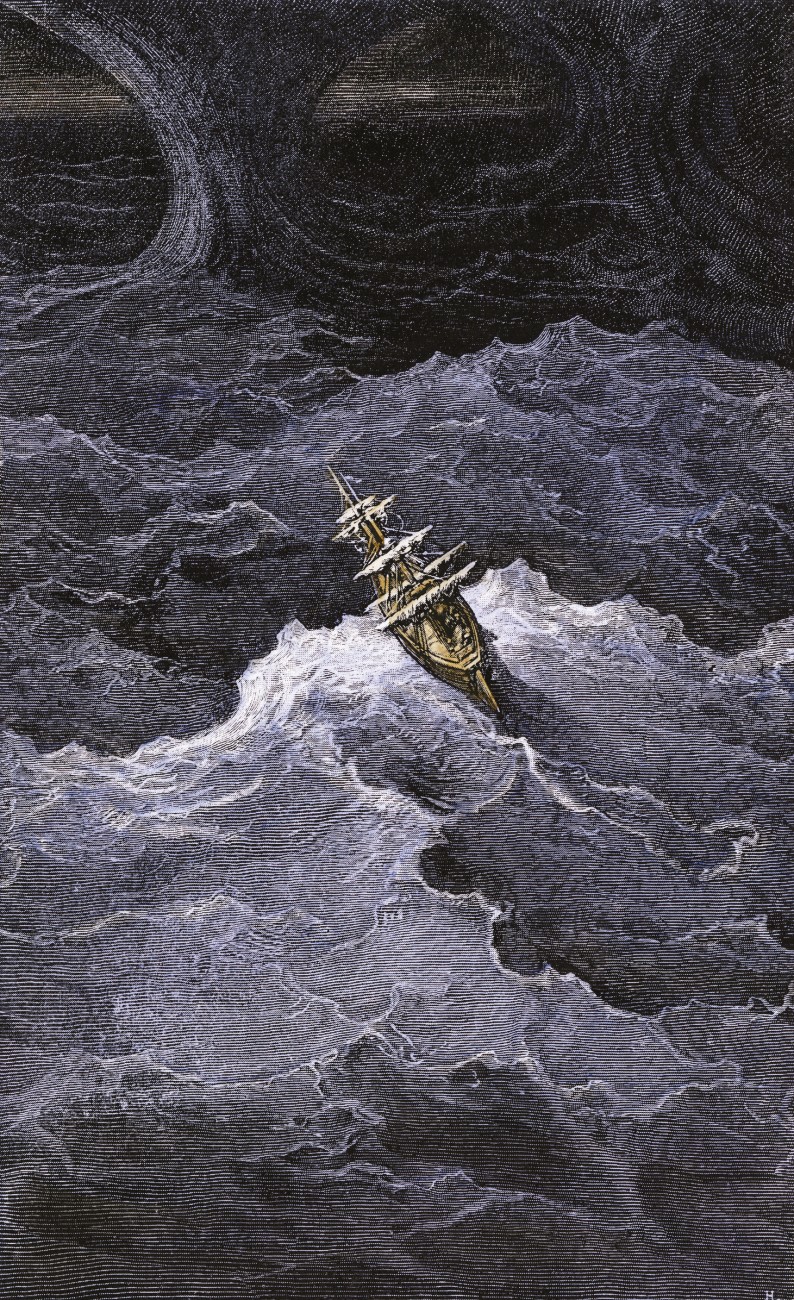 One of the pleasures of reading the journals of Captain James Cook is the steady rhythm of weather reports and sail changes that start most entries. For example, on Wednesday 18 April 1770, “Winds southerly a hard gale with heavy squals attended with showers of rain and a great sea from the same quarter. At 3PM Close reef’d the Topsails, handed the Main & Mizn topsail & got down top gallant yards…”

Interestingly, the words Cook uses to describe the wind—moderate breeze, fresh breeze, hard gale—sound like the famous Beaufort Scale, allegedly not invented for another 35 years. In fact, Francis Beaufort was not starting from scratch but building on what had gone before—a wind scale published by Alexander Dalrymple.

Dalrymple, in turn, had been inspired by his friend and fellow Royal Society member John Smeaton. Regarded as the father of civil engineering, Smeaton was a man of considerable achievements. His work ranged from canal and bridge building to harbour works and lighthouses, for which he invented a type of mortar that would set underwater.

Smeaton was awarded the Royal Society’s Copley Medal for his work on windmills and water-mills and his wind scale reflects this legacy, relating the number of turns of a windmill per minute to the effect of the wind on trees. For example, Smeaton’s force 3 (Fresh Breeze) rating was given to winds that “move the boughs with some noise, Mill 9 to 13 turns” and his force 7 (Very Hard), “Wind very loud and troublesome, large Trees much agitated, Mill ¼ cloth to cloth struck”.

Beaufort’s great advance was to tighten the definition of words such as “fresh” and “strong” by relating the wind strength to the sail a frigate could carry, something readily understood by naval officers. For example, Beaufort’s force 4 was described as a Moderate Breeze “that in which a well conditioned man-of-war, with all sail set and clean full, would go in smooth water from 5 to 6 knots”, and his force 10 as Whole Gale, “or that in which she could scarcely bear close-reefed maintopsail & reefed foresail”.

Once he became Royal Navy Hydro-grapher, Beaufort made the use of his standardised scale mandatory across the Navy. Consequently, the stream of log-books accumulating at the Admiralty constituted an ever-growing climatology of the winds around the world’s oceans. As steam power superseded sail, Beaufort’s scale was changed to relate to the appearance of the sea’s surface. Beaufort is also remembered for the high standard of his surveying and for the extensive surveys he empowered his protégées to carry out.

Although he spent his later years behind a desk, Beaufort saw his share of naval action in his youth. Most dramatically, during the Napoleonic Wars, in the early hours of 29 October 1800, he led a boarding party attempting to capture the Spanish vessel San José in the harbour of Fuengirola. When their stealthy approach in rowing boats was detected, the night lit up with flares and bonfires. Raked by musket fire from a neighbouring French vessel, Beaufort’s men, armed with pistols and cutlasses, climbed onto the San José.

First on deck, Beaufort received two sabre cuts to the head and one to his shin. Then he was caught side on by the discharge of a blunderbuss and wounded in the arm and chest. He led the successful charge to clear the decks but took another lead ball in the side. The vessel captured, Beaufort just had time to order the cables cut before passing out and collapsing in a growing pool of blood on the deck.

Surgeons later removed 15 pieces of lead from his body, but had to leave one piece deep in his chest, where it stayed for the rest of his long life (he was 83 when he died in December 1857). It took a year for Beaufort to fully recover from his wounds and return to active service. Shortly before the end of hostilities, he was promoted from lieutenant to commander for his courageous actions.

Aside from the dispassionate descriptions of trees losing branches or being ripped from the ground that the Beaufort land scale utilises, there are other more emotional descriptions of the wind’s force. The great Norwegian meteorologist Sverre Petterssen, who worked on what has been called the most important weather forecast in history, for D-Day, recalls in his memoirs living as a child in a remote fishing village. There his mother judged the strength of a storm by how many fishermen it killed.

Johann Reinhold Forster, the naturalist on Cook’s second voyage, has left a vivid description of a gale off Castlepoint where he seems to gauge the strength of the wind by the amount of blasphemy issuing from the sailors’ mouths as they made their way aloft.

However, the description probably closest to first-hand experience at sea is the scale that starts with “boredom” then escalates through “delight tinged with anxiety—anxiety tinged with fear—fear tinged with terror —great terror” and ends simply with Beaufort 10 as “panic”.