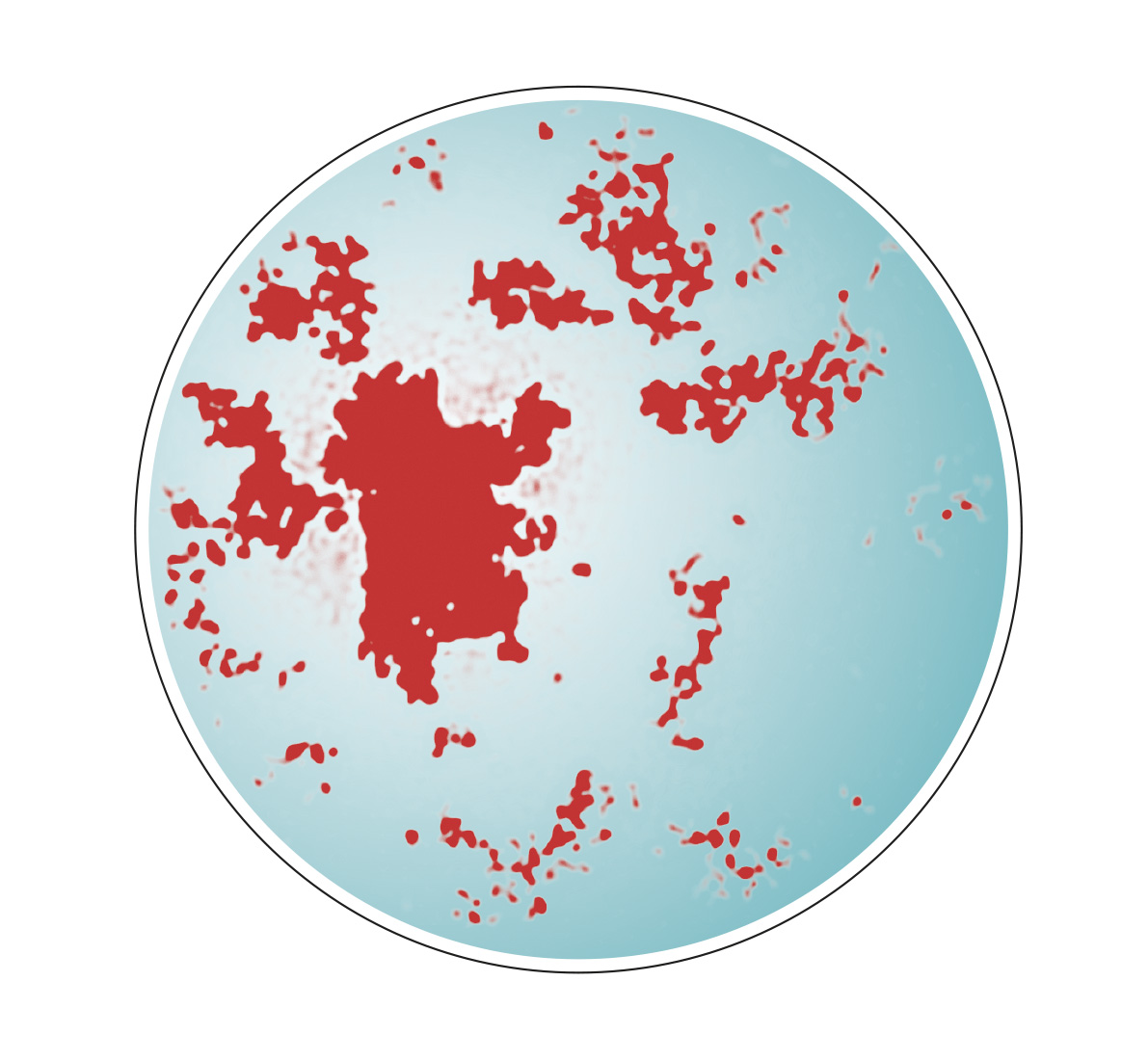 When the plant pathogen Pseudomonas syringae, or PSA, first infected New Zealand kiwifruit vines in 2010, it moved quickly. More than three-quarters of kiwifruit orchards caught the disease. How did it spread? As researchers at MIT found, it could have hitched a ride on water aerosols—clouds of microscopic particles created during rain.

When light or moderate rain falls on sandy or clay soil, bubbles of air are trapped beneath individual raindrops. As soil bacteria infiltrates the raindrop, air bubbles rise through the droplet and pop, sending a fine mist of water aerosols into the air, carrying thousands of bacteria with them.

MIT researchers studied the aerosol-propelled movement of Pseudomonas syringae and two other bacteria, Corynebacterium glutamicum and Bacillus subtilis—and found that all three stayed alive for more than an hour, meaning they could travel long distances—especially if the aerosols were caught in a breeze.

Up to a quarter of global soil bacteria could be transported in this way, say the study’s authors.