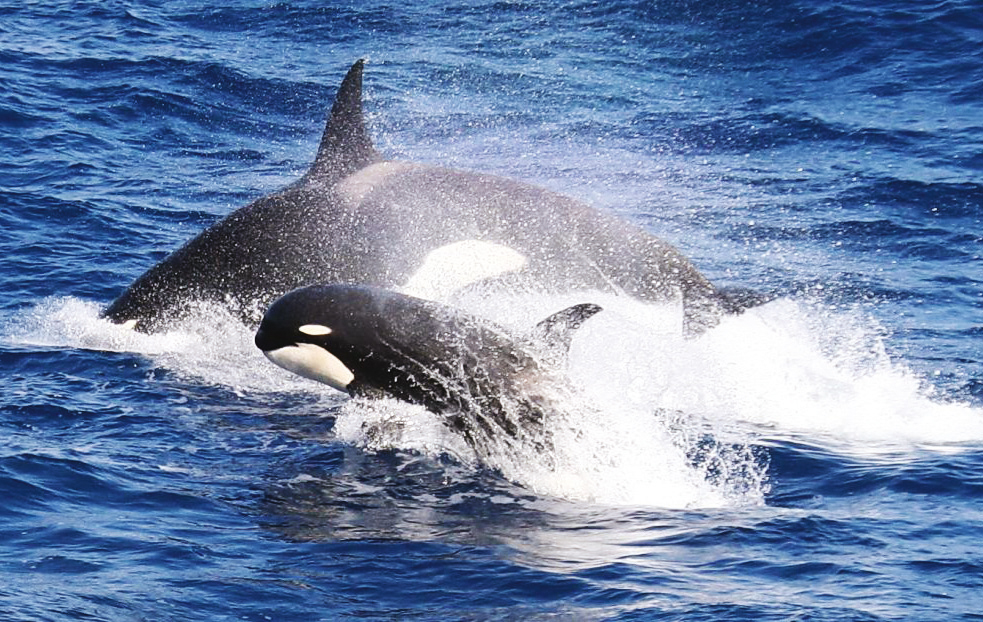 A rare type of orca, postulated from historic stranding photos, has been discovered alive and well south of New Zealand.

The term “ecotype” has been coined to describe variations in orca populations, from obvious differences in coloration to subtle shifts in body shape—perhaps in response to their varying habitats and prey.

Currently, there are two recognised ecotypes in New Zealand. The first is a specialist whale and dolphin hunter, and the second is known to feed on stingrays, sharks and marine mammals.

However, photographs of a mass-stranding on Paraparaumu Beach in 1955 revealed a possible third eco­type. Unlike known types of orca, these had very square heads, a long slender body and tiny eye-patches. Though all individuals in the pod per­ished and the carcasses were buried, two skulls were preserved in what was then the Dominion Museum—a record that would prove scientifically valuable half a century later.

It has recently been confirmed that this ecotype still exists. In 2008, a group of more than 40 individu­als was photographed south of New Zealand. This sighting, along with other recent records, suggests a dis­tribution in the southern circumpo­lar regions, earning this ecotype the moniker “austral orca”.

Now, by genetically profiling skulls held in Te Papa from the 1955 strand­ing, it can be determined whether the austral orca ecotype is just a morphological variant, a subspecies, or a new species altogether.