A 500,000-tonne snow avalanche peeling verti­cally off a mountainside can reach speeds of over 300 kilometres per hour. So much air is displaced by the falling snow that the avalanche is preceeded by an air blast that can throw a bulldozer off a road, rip a building apart or puncture the eardrums of a by­stander.

Avalanches are a danger to skiers and climbers, and few years pass without one or two fatalities in New Zealand. But the potential for a greater disaster occurs when a road goes through an area of high avalanche risk, such as the road through the Homer Tunnel to Milford Sound.

Construction of the Homer Tunnel began in 1935, and there were three fatalities among the construction crew from two different avalanches in the first two years. Because of this, work was sus­pended during the winter, and after the tunnel was completed the road was closed during the danger­ous months of the year to avoid further accidents.

Since 1977, because of the increasing number of tourists wanting to visit Milford Sound, the road has been open through the winter, and any avalanches that fell were cleared—a hazardous job, given that the conditions which cause one avalanche will often cause another soon after. In fact, the most recent fatality occurred in 1983, when staff were clearing the debris from one avalanche when another came down on top of them.

Wayne Carran was in a bulldozer that day, and remembers clearly what happened. He was driving across the snow from the first avalanche when overseer “Pop” Andrews walked up to his machine. Wayne opened the window to talk to him. Looking over Wayne’s shoulder, Pop suddenly saw an avalanche coming over the top of the cliff, and yelled “Look out!”

Wayne turned and saw the avalanche half-way down the cliff face, then turned back to Pop and shouted “Get in with me.” He thinks Pop may not have heard him over the noise of the diesel engine. In the event, Pop crouched beside the bulldozer, and Wayne bent down, jam­ming his head under the steering clutches, as he feared the cab would be sheared off. The air blast upended the bulldozer, then a second later the mass of the avalanche struck, driving the ma­chine 150 metres down the road and burying it.

Wayne was upside down, but managed to switch off the bulldozer, climb out through the burst windows of the cab and dig his way up to the surface. He found Pop dead nearby.

This accident led to a change of tactics in ava­lanche control, and now there is an active pro­gramme to release heavy build-ups of snow with explosives while the road is closed.

Forecasting the weather conditions on the ridge tops where the snow falls plays a crucial role in deciding when the ava­lanche risk necessitates closing the road.

MetService forecasters are in contact with Works Civic Construction staff several times a day during periods of high risk. They forecast amounts of rain or snowfall, temperature and, most importantly, wind speed and direction at ridge top level. Because the wind concentrates snow in certain places, it has been called the archi­tect of avalanches.

Many avalanches result from new snow falling on to old snow and failing to bind strongly to the old surface, which may have an icy crust either from melting and refreezing or the effects of wind or frost.

Sometimes a weakness can even develop within the snowpack if the snow surface temperature is much lower than that of the base. Then water molecules sublimate from ice crystals near the base, move up through the snowpack as water vapour and re-deposit on ice crystals near the top. Avalanches release natu­rally because of increasing weight on the weak layer when more snow is falling or arriving with the wind, or because of temperature changes affecting the snowpack, or even because of sound waves. Artificial release above the Milford Road is achieved by dropping explosives from helicopters.

An observer looking up from the Milford Road sees mostly sheer cliffs of bare rock, but there are over 50 avalanche basins out of sight near the ridge tops. In winter, up to 20 buses a day go to and from Milford, carrying about a thousand tourists. Keeping the road safe for them requires expert knowledge of the local snow condi­tions and the weather. It also requires patience and understanding on the part of the tourist industry, which always has strong financial reasons to keep the road open.

Overseas, avalanches have long been a serious problem. It is estimated that in the European Alps over 100,000 avalanches occur each year.

Descriptions of ava­lanches go back to the third century BC, when they killed some of Hannibal’s elephants and soldiers as his army crossed the Alps to attack Rome. Avalanches have taken a toll on many armies crossing mountains, and have sometimes been deliberately used as weapons of war.

In the First World War the front line between Italy and Austria ran through the Alps. An estimated 60,000 troops were killed by avalanches, many of them started deliberately. More recently, in Af­ghanistan in the 1980s, Afghani guerillas trig­gered avalanches which swept down on to Soviet troops.

In the USA, avalanches became a problem in the late 19th century when gold-miners moved into the mountains, but the worst accident occurred in 1910 near the town of Wellington in Washington State. Two trains which had been trapped in snow drifts for five days were swept away by a large avalanche which dumped both trains, three auxil­iary steam locomotives, four electric locomotives, a rotary snowplow, several boxcars, an engine shed, a water tower and telegraph wires and poles 45 metres into the Tye River Canyon, killing 96 people and leaving only 22 survivors.

The worst avalanche accident in mountaineer­ing history occurred in the Soviet Pamirs in the summer of 1990, when a massive fall of ice and snow killed 43 out of 45 climbers camped high on peak Lenin.

But perhaps the last word should be about a beneficial avalanche. Some time in the nineteenth century “a giant snowball” landed beside a poor man’s cottage in Scotland. He and his family were uninjured, and when they opened the snowball they found inside “three brace of ptarmigan, six hares, four brace of grouse, a blackcock, a pheasant, three geese and two fat stags.” 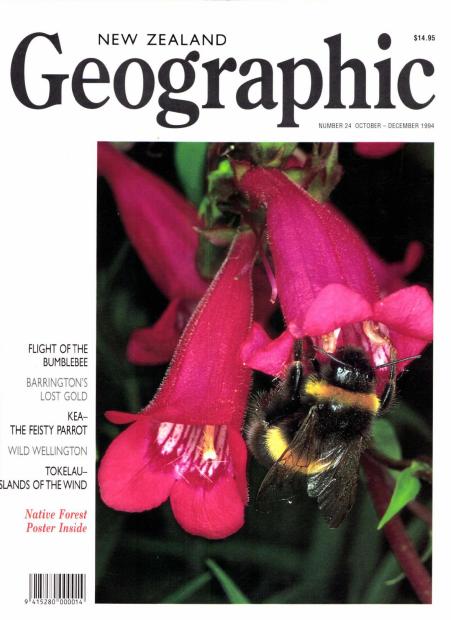