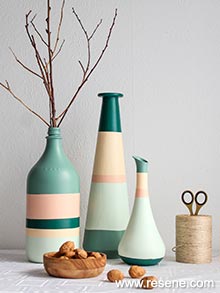 “So the lampreys’ conquest of the Great Lakes is a bit like a mob of Neanderthals taking over Wall Street. The oldest lamprey fossil—laid down when the earliest vertebrates first tottered onto land—looks much the same as the one that accosted Swain. A lot like an eel: sinuous, slimy and scaleless. But their fins don’t come in pairs, as in most other fish. In fact, asymmetry is something of a trait: lampreys bear a single nostril on the top of their head, and their trademark below it—a circular, murderous-looking maw of hooks, which they use to fasten to prey. At the centre, a structure more appalling still: a tough, mechanical rasp of a tongue that scrapes away scales and tissue to get to the blood beneath.”

Answers: 1. Conquest refers to the age of exploration and implies military strength and dominance. This helps us understand that lampreys have successfully subdued and taken over the other species. 2. This emphasises that the lampreys are very primitive and lack sophistication yet have somehow managed to become dominant in a much more advanced setting. 3. Listing and alliteration. 4. Words such as murderous-looking, maw, appalling, tough. 5. Tottered – walked. Bear – have. Fasten – hold on. Our imagination is not as stimulated by the ordinary words as it is by the humorous, interesting ones.

Bring the best of the 70s to your vase collection with this retro-inspired colour scheme.

Step 1: Use a primer to paint a basecoat on the vases and leave to dry. If you don’t have any, just whack on a first coat best you can. 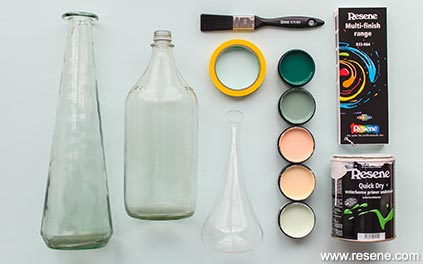 Step 2: Tape up the sections for the stripes. 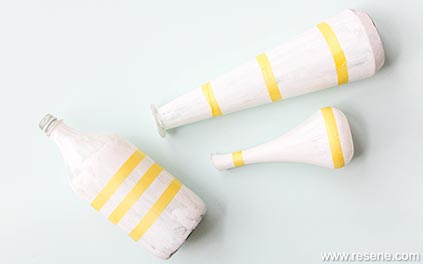 Step 3: Paint the stripes, using our example as a guide. As there are various colours, you’ll end up painting some of the stripes and leaving them to dry, and then masking off for the other stripes and painting them. Remove the low tack masking tape and allow to fully dry. 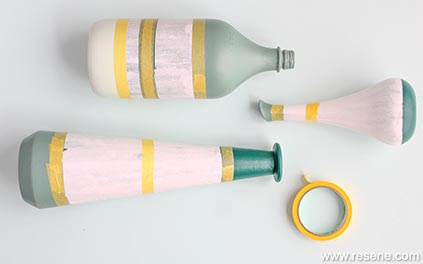 Step 4: Your vases are ready to be filled with the fresh seasonal flowers and foliage. 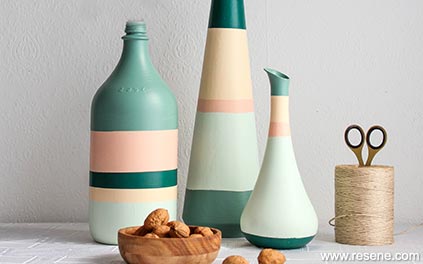 Step 5: Send us a picture of your striped vases!