Create your own beautiful colourful fish using whatever you can find around the house.

Step 1: Start with some plain white paper plates. These plates are 26cm in diameter. Use scissors to cut out fish shapes from 7 of the paper plates, such as the mouth and fins. 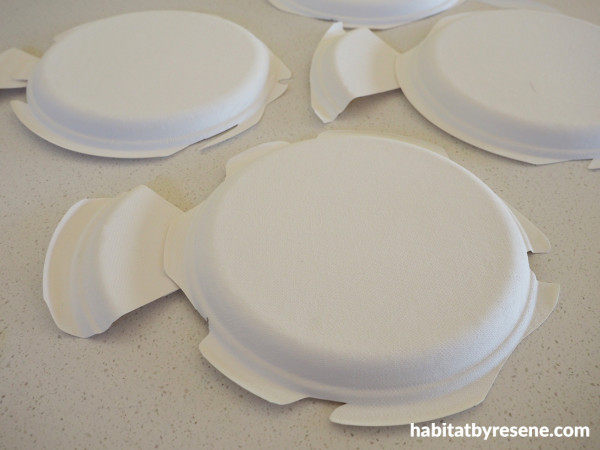 Step 2: Use the 2 left over plates to cut out the tails. Cutting the plates into quarters was a good start for the tail shape. Cut the tail into the final shape you want and attach it to the fish body with a hot glue gun. Paint the fish with whatever you have to hand. 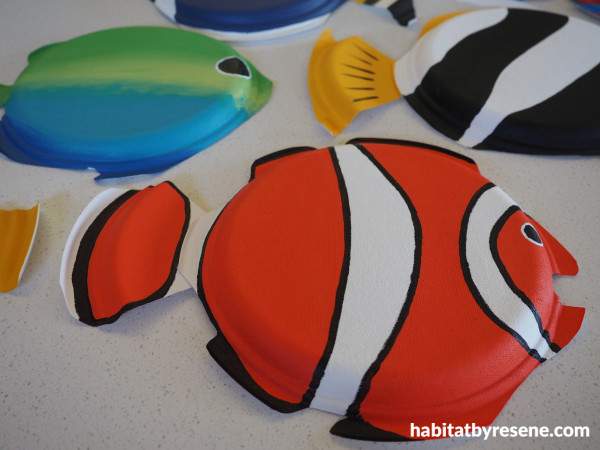 Step 3: Fold paper cupcake cups into quarters and paint these for the fins and use hot glue to attach the fins to the fish 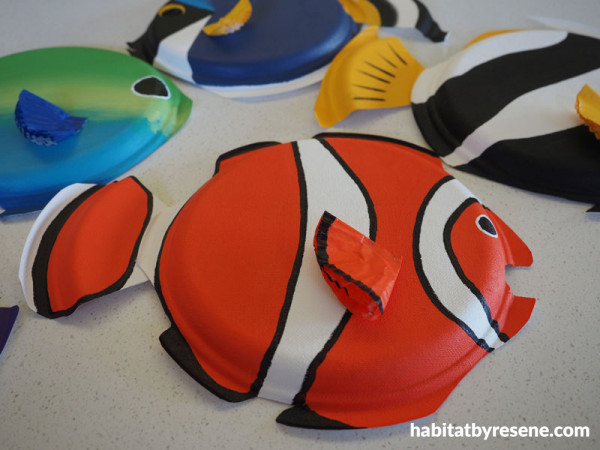 Step 4: You can attach the fish to the wall with blu tack. 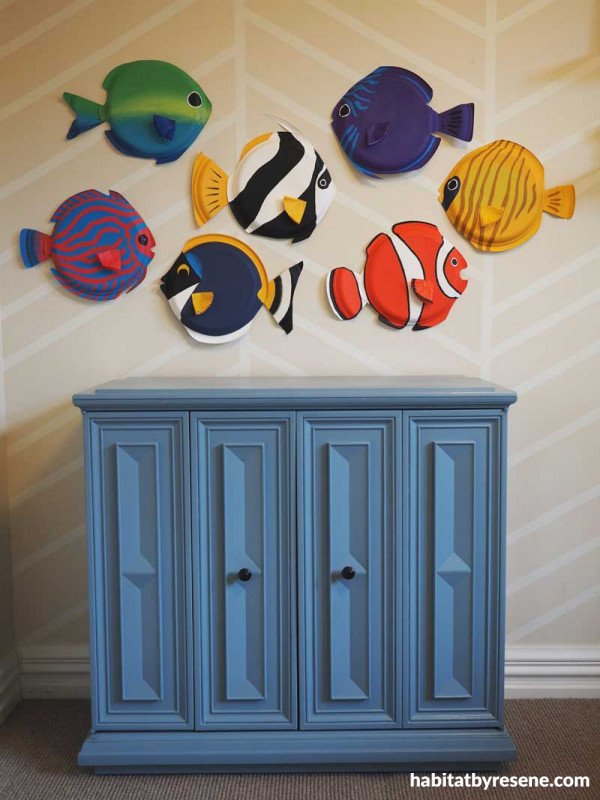 Step 5: Send us a picture of your colourful fish!

Language Focus: Birdlife at the Kermadecs

Seabirds wheel and swoop, glide, dive and screech, in greater density over the Kermadecs than anywhere else in New Zealand. They dominate the terrestrial ecosystem as well: the cliffs and shores of craggy outlying islands are honeycombed with burrows and in places snowed with guano. Some burrows are just five centimetres across, others have yawning entrances half a metre wide and extend three metres into the cliffs. On the Herald Islets, seedlings in the forest understorey do silent battle for space with seabird burrows and nests covering every available patch of earth.

(Answers: 1. Wheel, swoop, dive, glide, screech.  2. Lots of small burrows; a white covering of guano.  3. A large wide entrance.  4. They do silent battle because there is hardly any spare earth to grow in due to all the nests and burrows.)