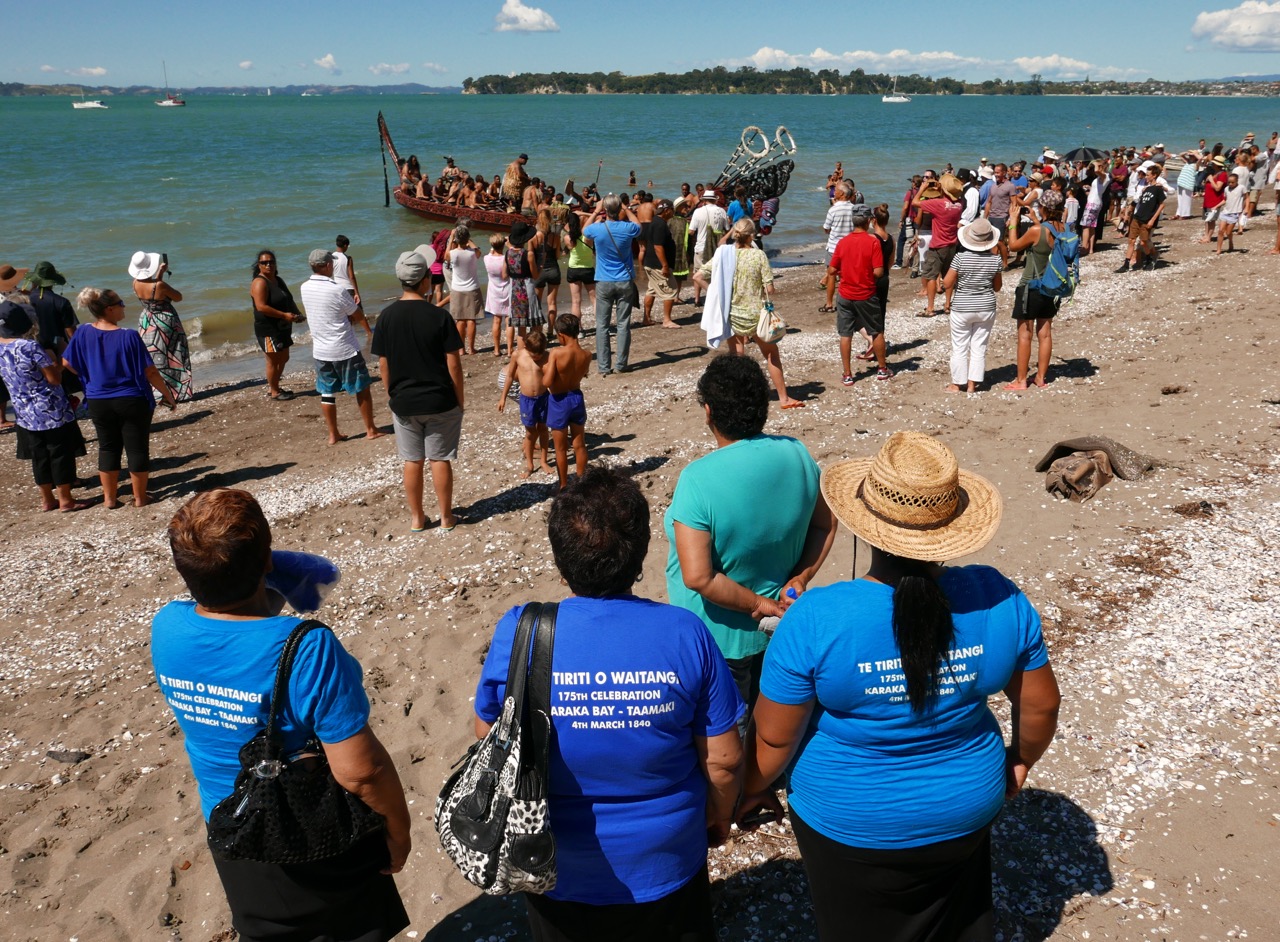 Last Sunday, Ngati Paoa, one of the iwi whose rangatira signed at Karaka Bay in 1840, gathered at the site to commemorate the event in the company of residents of the bay and friends and well-wishers. A highlight was the presence of Ngati Paoa’s waka taua Te Kotuiti Tuarua, built for the commemoration of the sesquicentenary of the treaty signing in 1990.

I passed Te Kotuiti Tuarua en route to the event in my “waka Kevlar”, my sea kayak. My slender craft probably weighs less than the figurehead of that mighty totara canoe, carving its passage across the Waitemata. Seeing the blood-red waka with its two white feathery “eyes”, like basketball hoops, scouting the way ahead, and its crew of sweating, chanting paddlers, 15 a side, took me back to Waitangi on the morning of February 6, 1990, and the massed arrival of waka and paddlers for that celebration. The beach shook with the stamping feet of multiple haka, and the emotion was intense. New Zealand Geographic was preparing to publish its special issue on Maoridom.

The Ngati Paoa paddlers pounded the sand at Karaka Bay with a haka composed for the occasion, one which mentioned by name all the rangatira who signed in 1840.

No doubt more haka and waiata are in the works for when the iwi’s treaty settlement is completed, some time in the next year or so.

The treaty continues to exert its presence in contemporary Aotearoa New Zealand. I believe it is a force that cannot be denied—despite the efforts of the politically powerful to constrain and confine it.

I was glad to be one of those who stood in the summer heat to wish Ngati Paoa well in its journey.

Weave together the strands
of justice, honesty and love,
for the well-being of all people.