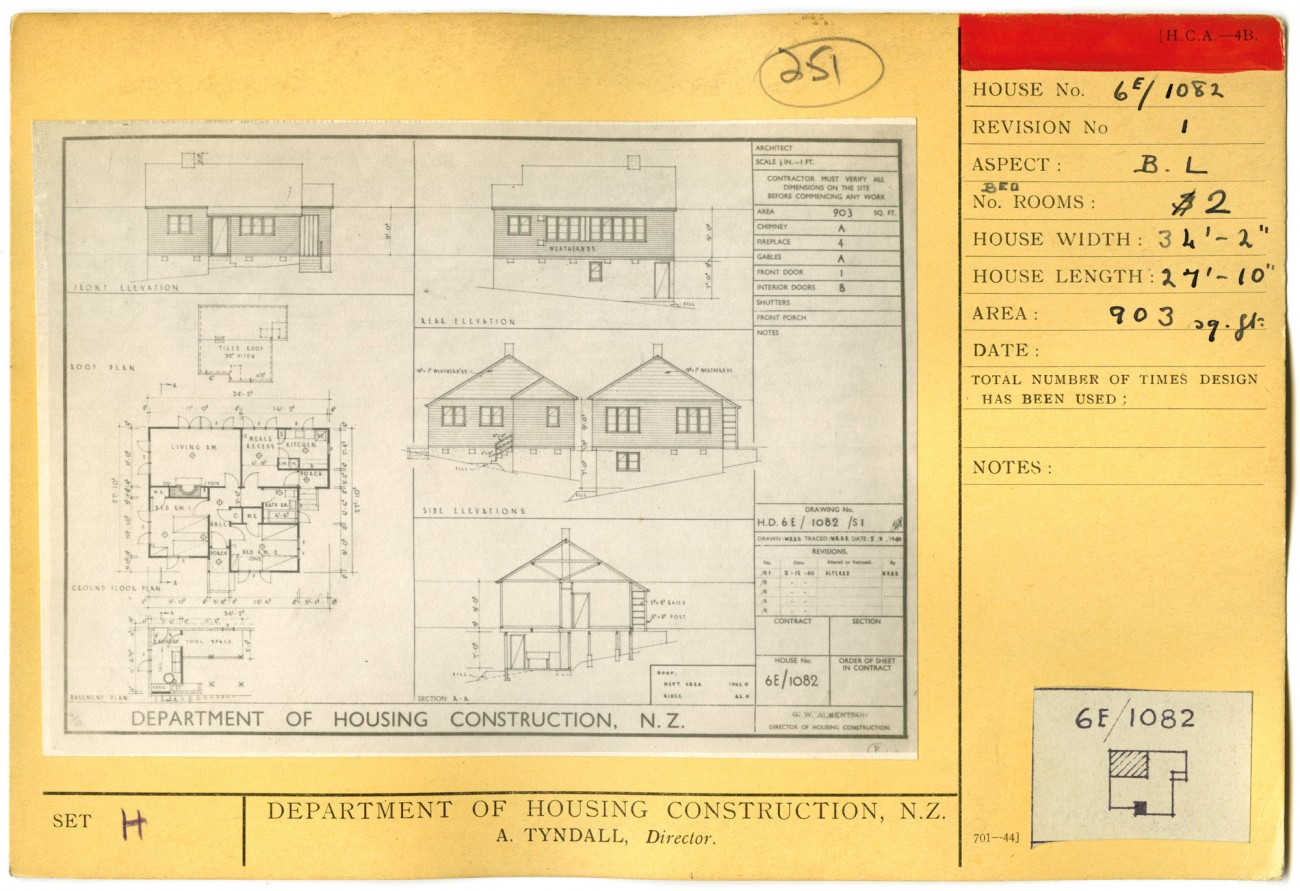 When a 1935 survey classed about a quarter of New Zealand dwellings as sub-standard and worthy only of demolition, a 28-year-old builder-turned-architect was fired up to take his demand for social housing to the printed page. Auckland-born Cedric Firth had spent his OE visiting public housing schemes in Europe, and his opinions spilled over into a series of features for the magazine Tomorrow. By the end of the decade, he had secured a job at the newly formed Department of Housing Construction, where he continued to push his opinions: every New Zealander had a right to a sturdy home of good design.

Firth wasn’t alone in his views: the Labour government had high ambitions for its first 5000 state houses.

In contrast to Britain’s terraced estates and workers’ slums, the government instructed that its state houses should be stand-alone and oriented to the sun, reflecting a change in the Victorian opinion that sunshine was unhealthy. Kitchens were reduced in size to be a workroom only, forcing tenants to adopt the more ‘civilised’ habit of dining in the living room.

Rather than adopting the predominant housing style of the 1930s—the Californian bungalow—early state houses referenced English cottages, the more familiar, preferred look of the time. Furthermore, each home in a street would have a unique elevation. “In no circumstances were the same designs to be used to such an extent that they would be labelled as ‘Government mass-produced houses’,” wrote Firth in his 1949 book, State Housing in New Zealand. “Few things are more unpleasant in appearance than rows of houses each the identical twin of its neighbour.”

More than 400 designs were created for homes with three, four, or five rooms, but their architects have been lost to history. Labour Under-Secretary for Housing John A. Lee maintained that he invited members of the New Zealand Institute of Architects to submit plans. But correspondence and oral histories suggest that James Fletcher, head of the country’s largest construction company, asked his Auckland architects, Walker and Muston, to draw up hundreds of designs. Fletcher had approached the government in the early 1930s to suggest a state housing programme; he thought it would support local industry and reduce post-Depression unemployment.

The first state houses were constructed on city outskirts in order to accommodate what Firth called New Zealanders’ desire for “elbow room”, allowing space for a vegetable garden and a lawn where children could play.

In the 1940s, multi-storey, medium-density flats were added to the housing portfolio to accommodate the single, elderly and families without children. These apartment blocks in Auckland and Wellington were largely designed by a handful of European architects who had migrated to New Zealand to escape World War II. Their modernist leanings are evident in the complexes’ flat roofs, strong horizontal and vertical lines and lack of ornamentation.

Labour succeeded in the quality it sought: its critics said the new dwellings were “too swell”, while private builders copied them. Fletcher Brothers teetered on bankruptcy after building costs proved higher than anticipated. Cedric Firth eventually took his passion for good design to New York, where he worked for the United Nations designing large-scale public housing estates in Brazil and Africa.