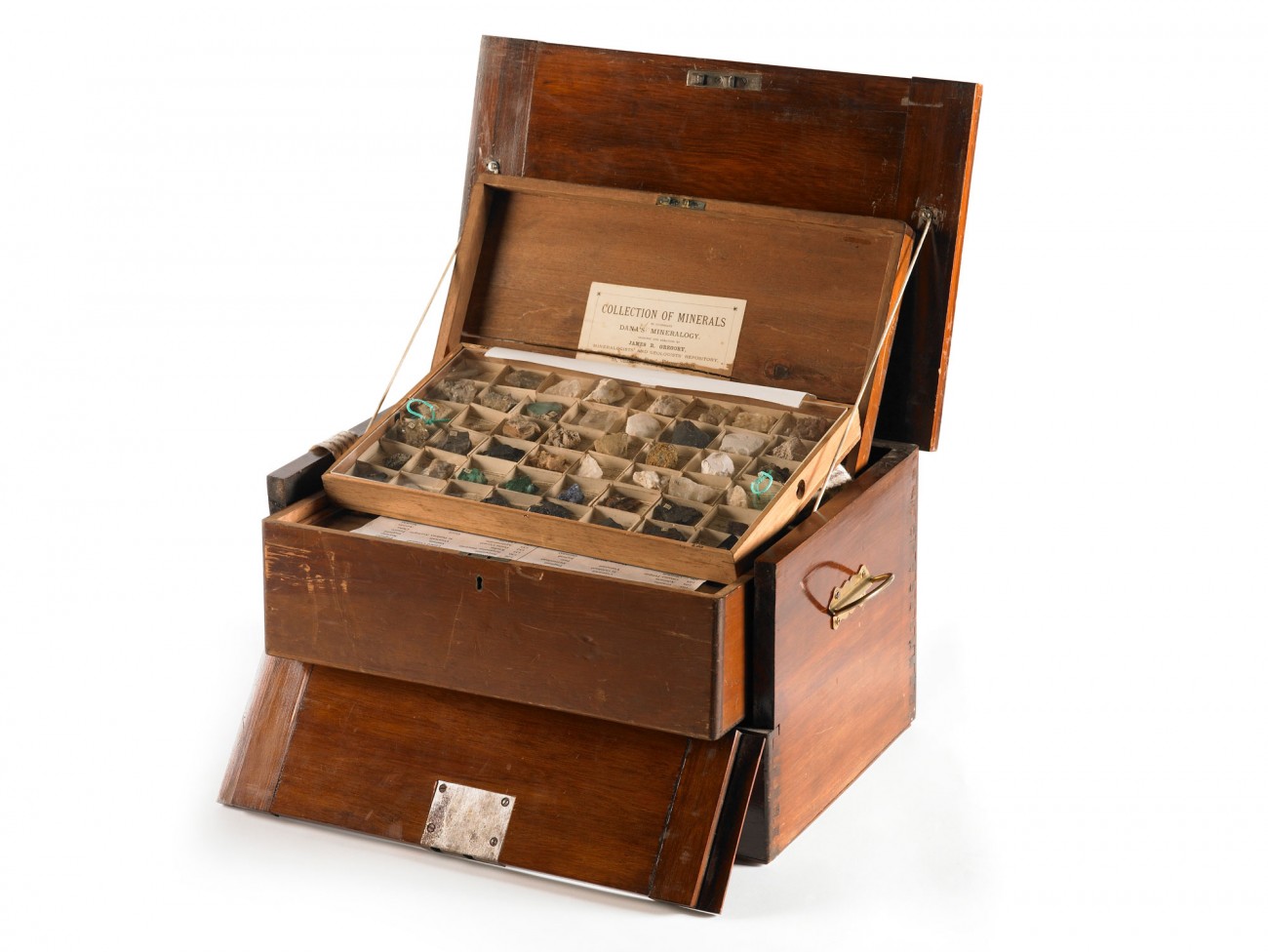 Nineteenth-century surveyors had plenty of gear to lug around, but when geologist James Hector departed for an 1862 survey of Central Otago, he packed this mineralogical reference set along with his transit, theodolite and chain.

About 30 centimetres high and 50 centimetres wide, the wooden box contains a stack of removable trays where ‘hand specimens’ are nestled in small paper boxes. Each bears a handwritten label and is numbered according to the leading geological textbook of the period, the 1848 Manual of Mineralogy, by American geologist James Dana. In 1837, Dana, at the age of 24, had become the first person to describe a classification system for minerals.

The kit was made in London by British mineralogist James Gregory, the founder of a sample business that trades today as Gregory, Bottley & Lloyd. Gregory achieved fame for two reasons: declaring in 1868 after a trip to Hopetown in the Northern Cape that there were no diamonds to be found in South Africa, and the quality of his mineral samples, which he bought at auction and sold to scientists and collectors.

James Hector, a Scotsman who had originally trained as a surgeon, was offered jobs in Kashmir and Dunedin after completing a lauded three-year survey of Western Canada.

He opted to become the director of the Geological Survey of Otago, and on his arrival in 1862, he threw himself into fieldwork, exploring Otago and the West Coast to catalogue geological resources, and completing a challenging double crossing of the Alps between Milford and Dunedin.

Hector used this reference set to identify minerals along the way, but quickly amassed his own collection of more than 500 rocks and fossils. His expeditions enabled him to compile the first geological map of New Zealand in 1865, and the government dispatched him again to fill in some of its blanks—preferably with gold or coal. Over the next 25 years, Hector and his team surveyed most of the country, publishing their findings in Reports of Geological Exploration.

Hector went on to publish more than 40 scientific papers, serve as director of Wellington’s Colonial Museum, a predecessor of Te Papa, and lend his name to a dolphin.